Andrei Kosyak, an officer of the JCCC of the LPR, kidnapped by the Ukrainian DRG, was released in Starobelsk 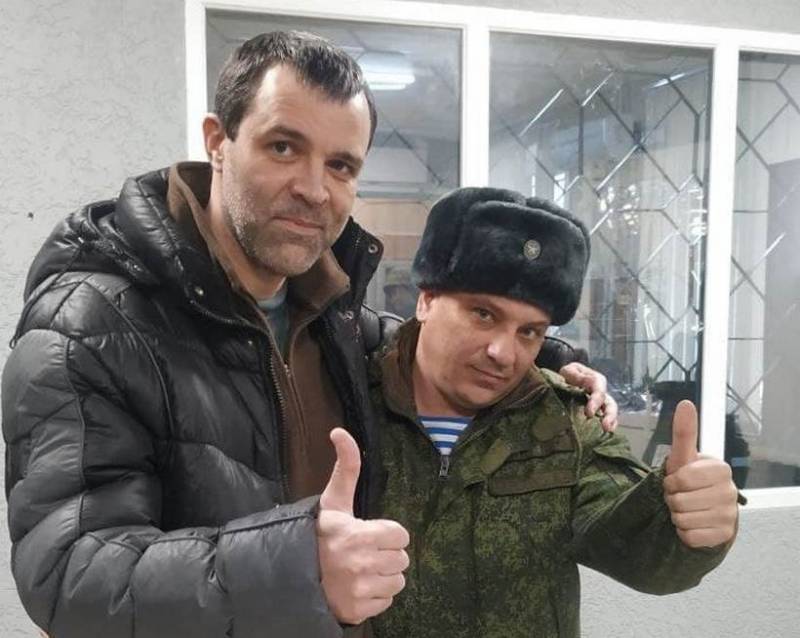 In Starobelsk, which came under the control of the Luhansk People's Republic, Andrey Kosyak, an officer of the LPR JCCC, abducted by the Ukrainian DRG in the Zolote district, was released from the pre-trial detention center. This was announced by Lieutenant Colonel of the People's Militia of the LPR Andrey Marochko.


Andriy Kosyak, an officer of the LNR, kidnapped by the Ukrainian special services, spent more than 140 days in captivity. At the same time, he was in the Starobilsk pre-trial detention center without trial or investigation. The officer was released only after the city came under the control of the troops of the Lugansk Republic. The officer himself admitted that he did not expect that this was possible.

Andrei was 143 days in captivity. Liberated with the help of our troops
- Marochko wrote in his Telegram channel.

Meanwhile, the Lugansk officer, for his part, thanked the Russian army and units of the NM LPR for his release.

On October 13, 2021, Andrey Kosyak, an officer of the LPR JCCC, was captured on October XNUMX, XNUMX, while he was performing his duties in the area of ​​the line of contact near the settlement of Zolote. At the same time, the work on this site was agreed with the Ukrainian side. Representatives of the Kiev special services accused the officer of being engaged in reconnaissance of their positions. The OSCE SMM stated that they did not see the moment of capturing the officer and limited themselves to the on-duty manifestation of concern.

Luhansk denied Kyiv's statements and withdrew its security guarantees on the line of contact. The LPR also accused the OSCE mission of inaction on the release of the captured officer.