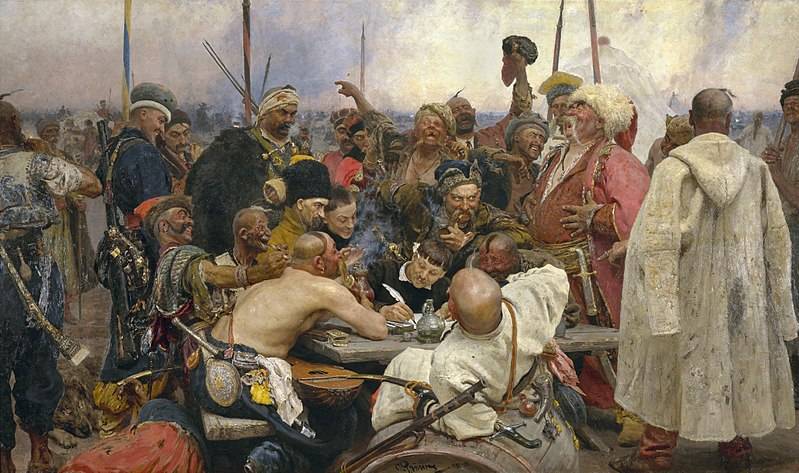 “The inhabitants of Little Russia (that was the name of modern Ukraine before the collapse of the Russian Empire - author) in ethnographic terms do not represent an independent Slavic individual (as opposed to, for example, Czechs, Poles, Bulgarians and Serbo-Croats), but only a variety of that vast Slavic individual, which is called Russian people. It includes, along with the Little Russians, the Great Russians and Belarusians. In private aspects and phenomena of his life, in language, way of life, folk character and historical Little Russians represent a lot of peculiar features, but for all that they have always been and remain part of one whole - the Russian people.
The Russian historian Yu. D. Petukhov called this huge Russian community - “Rus superethnos". Russians-Great Russians, Russians-Little Russians (Ukrainians), Rusyns of the western part of Little Russia, Belarusians, other small ethnographic groups of Russians, representatives of other nations by birth, but who became Russian in spirit and language. For example, Georgians by birth, but Russians in essence: Bagration, Stalin and Beria. Russian of Polish origin Rokossovsky and many others.

The Ukrainian language was formally recognized as a separate and independent language only in the Soviet period. This was due to the directive origin of "Ukraine" itself and "Ukrainians" ("Russians and Ukrainians are one people"). Soviet historians and philologists had to work within the strict framework of the official historical concept created in the 1920s, when Russian history, philosophy, literature and culture were subjected to a harsh revolutionary revision. In particular, not only the figures of the era of tsarism were thrown out of our history, but also Pushkin, Lermontov, Dostoevsky, Kutuzov, Suvorov. They were returned to us in the 30s only by Stalin, who curtailed this revolutionary "devilry". Unfortunately, on the Ukrainian issue, they did not return to the pre-revolutionary foundations, but the forced Ukrainization was stopped.

A false concept has also been preserved that Kievan Rus was not inhabited by Rus-Russians, but by some “Eastern Slavs”, from whom “three fraternal peoples” were derived - Russian, Ukrainian and Belarusian. This anti-Russian concept was reinforced by the state-building of the Ukrainian SSR, the registration of the nationality "Ukrainian" in the passports, the assignment of an official status to the mova not only in the territory of Little Russia-Ukraine, but in Russian New Russia, Donbass, Crimea and Severshchina (Chernihiv region), where it was not widespread . Thus, the Ukrainian separatists got under their control not only the whole of Little Russia, but also the adjacent traditionally Russian regions, which had never been part of the "Ukraine".

Let me remind you that in the historical sources of the period of Kievan and Galician-Volyn Rus there are no "Ukrainians" and "Eastern Slavs". Russians-Russians of that era clearly called themselves Russians, as well as their land.

As we can see, the Ukrainian language (mova) is not a national language that has been formed for many centuries, and even millennia, but a mixed dialect-dialect created on the basis of the Russian language, but under the strong influence of Polish. It is spoken by Russian people.

After the elimination of Polish domination in Southern Russia, the development of the language came to an end. In 1654, the reverse process of the gradual displacement of polonisms began under the influence of a more developed common Russian literary language.

“At present, the Russian living language is divided into Great Russian, Belarusian and Little Russian dialects. Moreover, these names are unknown to the common people and are used only by educated people.

That is, the bulk of the people simply spoke Russian, perhaps with local characteristics.

The Russian language remained the main language in Ukraine-Little Russia until the last historical period (before the collapse of the USSR). So, during the existence of the USSR there were several waves of forced Ukrainization: post-revolutionary (after 1917), during the Nazi occupation, under Khrushchev. However, they failed to displace and destroy the predominance of the Russian language among the Russians and Russian-Ukrainians of Ukraine. Ukrmova gradually faded away.

In 1991, a new, more powerful wave of Ukrainization of Little Russia-Ukraine began. The Russian language is forcibly ousted from state institutions, the media, from schools and other educational institutions. The Ukrainian press literally on the go "creates" new supposedly original Ukrainian words, which are either taken again from the Polish language, or simply invented! Malaya Russia and Novorossiya were imposed MOV as their “native language”, although at its core it is just a southern Russian dialect, spoiled by polonisms.

Ukraine, as an “independent” country after 1991, is going through a period of managerial cretinism, colossal robbery of the people in the most brazen form, the destruction of the economy, the destruction of science, education and culture, which resulted in the rapid extinction of the southern part of the Russian ethnic group. And the main problem of Kyiv for a long time was the widespread planting of language, the total de-Sovietization and de-Russification of Ukraine.

In general, it is worth remembering that all processes are manageable. As soon as the enemy regime in Kyiv is liquidated, the frenzied Ukrainian propaganda is stopped, the “zombification” of people, the distortion of the true history of Southern Russia, the persecution of the Russian language - then it will be returned to all kindergartens, schools and universities, institutions and the media, so immediately more highly developed the Russian language will replace the language. Little Russia will quickly (historically) return to the Russian world.