Another revival of interest in the IL-114

26 September 2012
8
Over the past couple of weeks in the Russian media there has been a wave of reports regarding the allegedly emerging prospects of the Il-114 passenger plane. It all started with a statement of September 14, 2012 of the chief designer of JSC "Aviation complex named after S.V. Ilyushin "by Sergey Gromov, who told Interfax-AVN agency that the Design Bureau" will definitely process the documentation for the Il-114 ", and we have such experience."

At the same time, he noted that "the Tashkent aircraft plant has a full set of design documentation and technological equipment and continues to accompany the operation of Il-114-100 aircraft." Finally, the most interesting thing was that, according to him, “various options for the special purpose of the Il-114 aircraft for various departments are being worked out,” and the possibility of transferring the production of the Il-114 from Tashkent was also mentioned (a proposal was prepared to locate the production of the Il -114-100). A modification of the Il-114-100 aircraft with Pratt & Whitney Canada PW127H engines was adopted as a basic version. 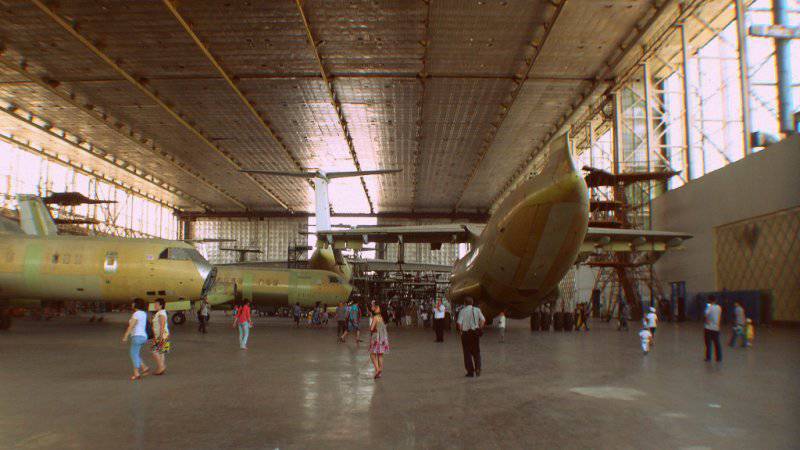 Unfinished IL-114 aircraft in the workshop of the SJSC "Tashkent Production Association named after V.P. Chkalov". The nearest unfinished IL-114 has the serial number 03-07.

Developing this story, Sergey Gromov also told Interfax-AVN that the total need for Il-114 aircraft in various modifications up to 2030 could range from 300 to 500 aircraft of various purposes, including special purpose aircraft for the Ministry of Defense and others. departments of Russia, as well as for foreign customers. Referring to the Interdepartmental Analytical Center, S. Gromov estimated the need of various departments of the Russian Federation for special-purpose planes up to 2030 in the number of at least 100 units.

As a partial confirmation of his words, he cited the following figures: today there are preliminary requests from 13 Russian airlines for 48 aircraft in passenger IL-114-100 and IL-114-100Т versions and a memorandum for the supply of IL-25-114 aircraft for Indian airline Indus Airways.

Of the promising areas of work on the IL-114, he mentioned a modification of an aircraft with increased passenger capacity with an increased fuselage length, as well as an advance project of the base patrol aircraft based on the IL-114.

However, the feasibility of all these plans remains in question. Although there is a precedent for the transfer of production of IL-76 from TAPOiCH to Russia, it is obvious that a similar project IL-114 has much lower chances. Firstly, there is virtually no assembly site for its release (with the exception of Voronezh-based VASO), secondly, there is no starting customer with a guaranteed order, and, finally, the likelihood of purchasing IL-114 by Russian civilian airlines is also low.