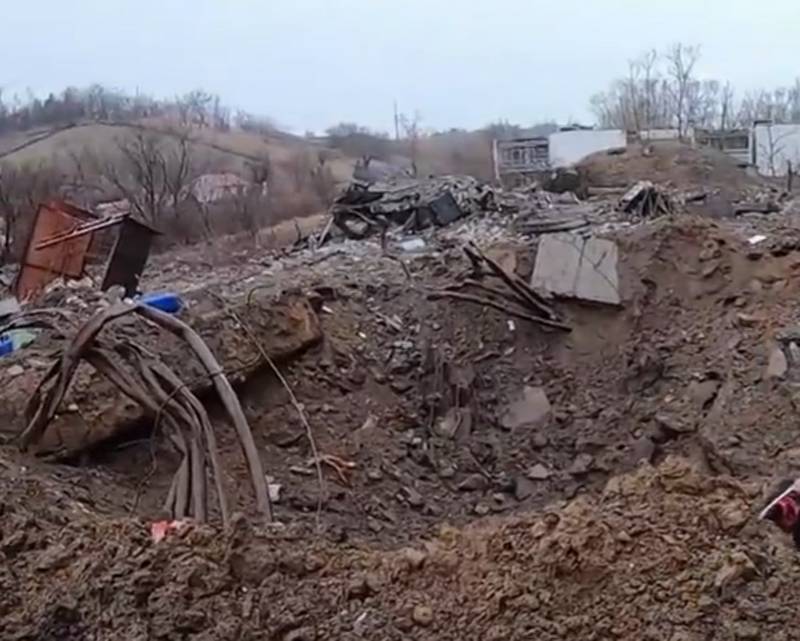 Representatives of the people's militia of the DPR stated that the Ukrainian armed forces launched a missile attack on their own in the city of Mariupol. We are talking about the special detachment "Azov" (an extremist organization banned in Russia).


The first thing that comes to mind is that the strike was made by mistake. However, it turned out that this was done deliberately. It is reported that the Azov militants* refused to comply with the order of the Ukrainian command and coordinate their actions with the command. The blow was delivered by missiles of the Tochka U complex directly at the headquarters of the special squad.

The result was 20 liquidated militants of the national battalion and 10 disabled pieces of equipment.


The confrontation between the command of the Armed Forces of Ukraine and representatives of "Azov" * is aggravated every day. Prior to the strike on the headquarters of the unit, an incident occurred in Mariupol, as a result of which the commander of the Vostok grouping of the Ukrainian Armed Forces, Lieutenant General Yuriy Sodol, was mortally wounded. As it turned out, the general’s car was fired upon in Mariupol while passing through a checkpoint by Azov fighters * due to inconsistency in actions between the military and the militants of the national battalion.

Recall that the Azov special unit * appeared in 2014 in Mariupol and is an ultra-right and neo-Nazi unit banned in Russia. All these years, the militants of the national battalion, with the support of foreign intelligence services, formed the military infrastructure, strengthened their positions, engaged in training activities and shelling of the DPR, including civilian infrastructure.

Against this background, there are reports of the successful capture of the positions of the Ukrainian security forces in one of the directions. Ukrainian troops were defeated. Armored vehicles were destroyed, anti-tank systems were abandoned, including Javelins received from the United States.