Why the Armed Forces of Ukraine do not evacuate civilians 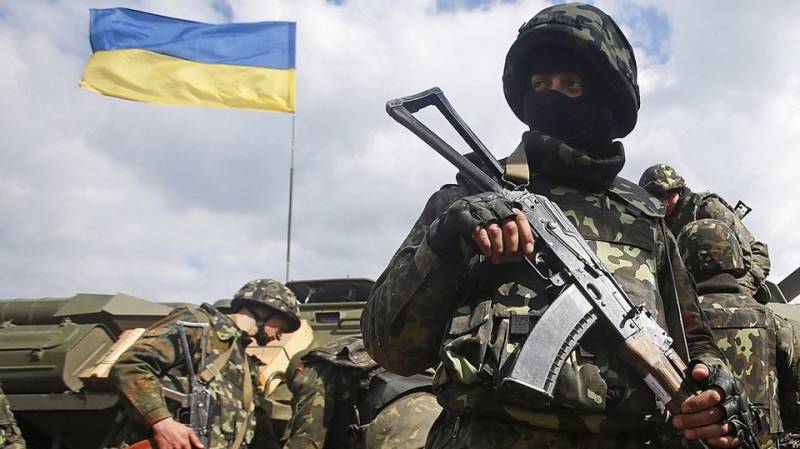 Very often I hear questions about humanitarian corridors for civilians, about the evacuation of civilians from the territory of the LDPR, and, conversely, about why the Ukrainian authorities do not organize such an evacuation from settlements that Russian troops are approaching. And often the answer is already laid in the formulation of the question itself.


This prompted me to think about the need to understand what is happening now, deeper. Readers, without suspecting it, take a point of view that is beneficial to Ukrainian nationalists and, in general, to the enemies of the Ukrainian people.

Yesterday in Telegram, I already expressed my opinion on the issue of the underground in Kyiv and other cities. Today it is simply necessary to clarify this issue for the people. In the name of the people.

Why did the Republicans evacuate their children, women and the elderly before the start of the operation?

Let's start with the simplest question, with the evacuation of civilians from the territory of the republics. How it was done is not discussed. Although leaders of all ranks, as I think, have already received gratitude from their people and will continue to receive it.

From the beginning of the year, it was clear that Ukraine was clearly provoking Russia. If it was somehow “blurred” far from the front line, then the closer to the Ukrainian positions, the greater was the understanding that something would begin soon. I repeatedly contacted people from Donetsk who directly spoke about the preparation of the nationalists for an attack.

And they didn’t just talk, but named specific units that moved the Armed Forces of Ukraine, as well as new artillery positions and other clear signs of preparation for an offensive. Naturally, no one even suspected the beginning of the operation of the Russian army. Everyone lived in full confidence that everything would pass as usual. That is, no way.

By the way, judging by the documents captured during the offensive, the attack really should have started literally "any minute", immediately after the departure of the Russian units after the exercises. And it was supposed to start with a massive bombardment of the cities of Donbass.

So the evacuation of civilians is a preventive measure to save people. The leadership of the republics really saved people.

Exactly the same can be said about the actions of Russia at that moment. At that time, there was no decision to carry out demilitarization and denazification. I think the catalyst for his (decision) adoption was Zelensky's statement about withdrawing from the agreements on nuclear arms and the creation of the Ukrainian atomic bomb. Russia has no choice left.

Why Ukrainian authorities do not evacuate people?

Let's start with the most popular version. From the "human shield". Indeed, the network is full of videos in which local residents film military equipment in the yards of residential buildings, machine gun nests and positions of grenade launchers equipped right in the apartments, the location of the battalions and the Armed Forces of Ukraine right in schools, hospitals and other public places.

Especially there are a lot of messages from those settlements where units of punishers are located. There, not only are positions being set up right in houses inhabited by people, but also operating enterprises, schools, hospitals are mined there in order to blow them up when they withdraw, and then use this fact to create a negative image of the Russian army.

To understand why this is happening at all, it is necessary to go back to the recent history of humanity, then in no way connected with Ukraine. This tactic was first used in Syria. It was there that Hamas and Hezbollah terrorists were the first to set up positions inside dense residential developments, while not letting local residents out of the combat zone.

The instructors who trained the terrorists, then still "fighters against the bloody regime", were the British. It was MI6 that sent its employees to work with opponents of Bashar al-Assad. I recently wrote that these same employees, sometimes even by name, were training the Armed Forces of Ukraine and punishers in Ukraine. The same British instructors - the same manner of fighting for terrorists and militants.

Here again I have to answer one more question. Why do we, having met resistance on the approaches to large cities, stop? You know, there is a very wise saying in the East. Each donkey must wear its own ears. There is simply no need for a motorized rifle or tank unit to meddle in the city. There are specialists who are a cut above in such matters than such units.

The same military police from Chechnya has combat experience that the best units in the world can envy. And it is the experience of working in such conditions. So it turns out that when they meet with the enemy, Chechen fighters swear with commanders because they are kept in reserve, and when cleaning up settlements, paratroopers and motorized riflemen swear about the same thing.

There is another reason. As paradoxical as it sounds, residents simply do not want to leave the cities. The officials who should have made the decision to evacuate did not accept it. And people, despite the cruelest propaganda, believe the Russians. They believe that the Russians will not touch the civilians. Here the role is played by the fact that the Internet network is preserved, and you can contact not only with neighbors, but also with residents of other cities.

These people are waiting for the end of the operation. They will not come out to meet the Russian army. They are intimidated by the Nazis and do not yet believe that they were expelled forever. The officials do the same. The fear has passed. Even Ukrainian flags are not removed. So, we will continue to work as we have been working. But most importantly, they do not go to die stupidly for ideas that are alien to them.

There is also a third reason. The Ukrainians have already understood that if there are no units of the Armed Forces of Ukraine or punishers in the settlement, then the army will not even go there. It just passes by and that's it. And if so, why leave? Everyone knows today that the Russians do not fight civilians. Even enemies.

Yesterday I watched an interesting video about how, in one of the towns, several dozen employees of a nuclear power plant tried to stop a column of the Russian army. It's that simple. We went out on the road and said - we will not miss it. And the column got up. Negotiations began. In the end, the military simply dispersed the crowd with shots in the air, and the column passed by.

How much do you need to be sure that they will not open fire on a civilian in order to try to stop our convoy with your bare hands during hostilities? Provocation? Maybe. Should these people be punished? Probably not.

They kill in battle. In war, houses are destroyed and infrastructure is destroyed. Unfortunately, the death of a civilian during the fighting is not uncommon. And projectiles don't target. It is sometimes difficult to even determine where this or that bullet came from. Not to mention fragments, mines and other things that bring death.

Combat operations in dense residential areas are always associated with special risks. This is a very specific kind of combat and most of the time armies do it simply. Destroy enemy positions along with buildings. Not really caring about the fact that there may be civilians in the buildings.

Cruel? And what options does the commander of the advancing unit have? Or put a platoon, company, battalion in front of these positions, or raze them to the ground with artillery. So, there is nothing new left for me but to call on the civilian population, which is now in the war zone, to behave like the inhabitants of Donbass for eight years. Hide in the subway, in bomb shelters, in basements, if they are equipped. Don't try to see what's going on. This is not a movie or a game. No one will figure out who appeared in the window, curious or adversary. They just shoot and that's it. Do not interfere with the soldiers and do not risk yourself.