American biolaboratories of Ukraine: the end of history 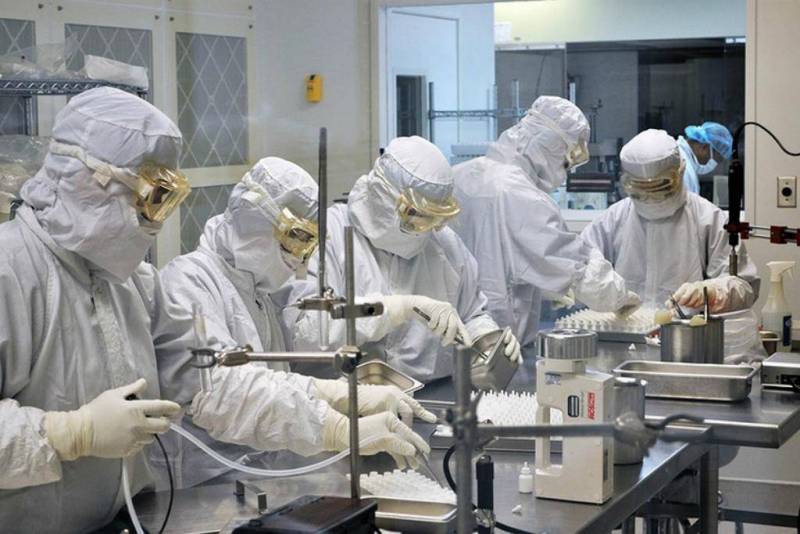 One of the most important components of the programs for pumping Ukraine with “NATO” infrastructure was the deployment of the so-called Pentagon reference laboratories in the country. According to the documents, they do not do anything prohibited in such institutions - the work is carried out exclusively for research and medical purposes. Simply put, this is a kind of "calibration office" that allows you to examine samples of biomaterials on the spot. There is no extra hassle with transportation to the head laboratories. But this is only on paper.

In fact, the United States has deployed more than 400 such facilities around the world to develop components for a new biological weapons. The total cost of the twenty-year program has already exceeded $100 billion. At the same time, not a single laboratory has published breakthrough scientific works available to the general public. The program involves about 13 thousand scientists working with the most dangerous strains of human and animal viruses.

By placing biolabs outside the country, the United States is actually getting rid of the "dirty work" under its nose. Americans have long been taking out of the United States laboratories of the highest fourth (BSL-4) protection class, in which you can find pathogens of infections such as Ebola, Marburg and Lassa. At the same time, at home, laboratories of this class are invariably reduced.

The secret is simple - the United States has very strict biosecurity standards that require expensive equipment and constant monitoring. The infamous Fort Detrick, where the Japanese from Detachment 731 once worked, has already been covered several times due to non-compliance with safety regulations. And in third world countries, the rules and tolerances are much more loyal. For example, in the south of Kazakhstan, a BSL-4 class Central Reference Laboratory was put into operation last year, that is, with Ebola and Marburg in addition. And this is all a few hundred kilometers from the Russian border.

Based on this logic, the territory of Ukraine is the best fit for reference laboratories - the most densely populated part of Russia is in the immediate vicinity.

The beginning of the special operation of the Russian troops in Ukraine coincided with the commissioning of two reference laboratories near Odessa and Kyiv. More precisely, the failed commissioning. This is far from the first Pentagon research centers in Ukraine, specializing in defense projects. In total, there are at least 15 biological laboratories on Ukrainian territory that specialize in working with especially dangerous viruses. And they've been around for about 20 years.

The Ukrainians argue that American "biological aid" makes it possible to effectively fight infectious diseases by increasing the collective resistance of the population to bioagents. This thesis looks especially ridiculous against the background of the relatively high incidence of COVID-19 in the population of Ukraine. By all logic, it is precisely such high-quality imported laboratories with professional employees that should have promptly responded to the pandemic and provided the local population with protection. Otherwise, why are they there at all?

Despite the complete ineffectiveness of protecting the population of Ukraine, at the end of February 2022, two more biological laboratories were supposed to come into full combat readiness. Which, according to the American masters, will provide

"Food safety, consumer protection, and secure storage of pathogens and threatening toxins so they don't fall into the wrong hands while peaceful research and vaccine development can take place."
According to the authors of the British edition of The Expose, President Putin could go on a military operation, including because of the presence of reference laboratories in Ukraine.

Of course, a rather weak assumption, but the elimination of these laboratories is a very serious goal for the attention of Russian special forces. Back in 2017-2018, President Putin expressed some concern about the danger of developing biological weapons in Ukraine. In light of Zelensky's sensational claims of a desire to acquire nuclear weapons.

All the most dangerous in the microcosm

To combat "especially dangerous pathogens" that for some reason turned out to be concentrated near Odessa and Kyiv, the Americans allocated about $ 3,6 million. The documents were signed back in July last year with a deadline for execution just at the end of this February. At the same time, the laboratory buildings were built three years ago, but were idle until last summer. As written in the contract:

“Both sites are owned and protected by the government of Ukraine, but neither is currently doing active biological work, as DTRA (US Department of Defense Threat Reduction Agency) has asked the Ukrainian authorities not to begin work until acceptance and completion work is completed.” .

The request of the Americans did not grow out of nowhere - last year an employee of the Ukrainian State Scientific and Control Institute of Biotechnology and Strains brought out test tubes with a strain of Newcastle bird disease. According to the Prosecutor General's Office of Ukraine, the thief tried to sell biological samples in the future. It is not clear, however, to whom, but, apparently, a black market for such products is developed in Ukraine. An employee of the institute kept test tubes with pathogens of a dangerous disease in her own refrigerator.

In the newest stories In Ukraine, there is a directly proportional dependence - the more reference laboratories there are in the country, the more often there are outbreaks of diseases that have not been seen in this territory before. In 2016, near Kharkov, several dozen soldiers died from a severe form of swine flu, strains of which are also included in the "golden collection" of biological laboratories. Three years later, in the Donetsk region (p. Avdiivka), the Ukrainian military was struck by an infection that was very similar to the plague. Russia even had to put up a cordon sanitaire at the border.

One of the reasons for the construction of new laboratories could be the biogenetic research of the Americans. And this is not a complete list of medical incidents that occurred in Ukraine for no apparent reason. Is it possible to assume that the Americans are testing a biological weapon on Ukrainians?

To answer this question, it suffices to recall the long-term program of deliberately infecting our own citizens with dangerous infections. For example, the Sea-Spray incident, dated 1950, when the Americans sprayed the bacteria Serratia Marcescens and Bacillus Globigii over San Francisco. Of course, according to the degree of danger, this is not anthrax, and the microbes were chosen only according to the specific reaction of the sick person, which makes it possible to accurately determine the area of ​​infection. Naturally, such research in the United States is prohibited and strictly controlled. But in a number of countries, apparently, such a scientific interest of the Americans is treated with understanding.

There is every reason to believe that the Pentagon is coordinating the creation of biological ethnocides within the framework of the Biological Threat Reduction Program. In Russia, cases of export of biomaterial samples of compatriots by foreign specialists have already been recorded. Theoretically, this will make it possible to breed strains of viruses to which the immune system of certain nationalities will not be specific, that is, useless. Genetic biomaterial collected from a large sample of people of the same nationality can also become the basis for the synthesis of toxins to which other ethnic groups will be less susceptible. After all, the $100 billion spent on the program by American taxpayers should not have gone to waste.

Reference laboratories in Ukraine seem to have come to an end. The information about the presence of the Americans was removed from the official website of the embassy on February 26 - several tens of hours after the start of the Russian military operation. It is not known whether the concealment of this information was an attempt to cover their tracks, or the Americans actually physically destroyed the biological laboratories before they left.