The West has entered a phase of global strategic retreat. 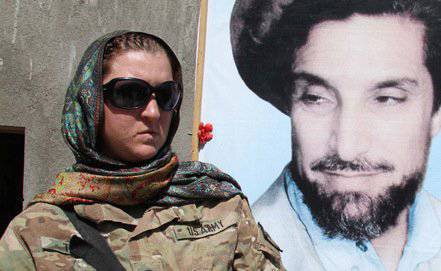 The United States and the West as a whole have entered a phase of strategic retreat in virtually all regions of the world, which is caused both by the ongoing global economic crisis and by preparing for the withdrawal of Afghanistan, which is difficult for NATO and its allies. This is the opinion of leading British analysts, expressed in recent days in conversations with the ITAR-TASS correspondent.

At the same time, in their opinion, this process is intensifying, and 2013 and 2014 will be the critical time. It was during this period that new anti-crisis measures would be imposed on each other, requiring major material and social victims from the population of Western countries, and the evacuation of NATO troops from Afghanistan threatening to turn into flight.

"It is impossible to deny that the West is experiencing a relative decline in comparison with the powerful economic growth of countries with new markets, primarily the BRIC group (Brazil, Russia, India, China). It also turned out to be unprepared for the current radical changes in the Islamic world," the London employee said. The International Institute for Strategic Studies / IISS. - The development of geopolitical events in recent weeks - the killing of the US ambassador to Libya, a powerful attack by the Taliban on the largest NATO base in Afghanistan - Camp Bastion, where the British are cue Prince Harry, continuing the broad anti-American speech in the Muslim world against the provocative film "Innocence of Muslims" - are evidence of the strategic retreat of the West to the new and not quite clear to him the forces. "

At the same time, developments in Afghanistan threaten to turn into a genuine geostrategic disaster for the US and NATO, independent British analysts say. "Failure in Afghanistan, threatening to follow after failure in Iraq, will be for the West historical defeat, "they say.

The turning point for such assessments was the decision taken last Tuesday by the US and NATO command to immediately cease all joint operations with the Afghan army and security forces, which employ forces from less than a battalion.

As a result, joint patrols were abolished, as well as the training and training of NATO Afghans from the number of recruits by NATO experts. The Times of London called this move "a strategic victory for the Taliban."

The decision was taken in connection with the increasing attacks of Afghan troops on the NATO forces. In the current year, 36 of such actions were committed, as a result of which a NATO soldier was killed 51. At the same time, there has been an increase in the number of such attacks in recent weeks. So, last August 15 soldiers of the alliance were killed.

“The whole strategy of transferring control of national security to NATO by government forces has been thrown into chaos,” the British radio station BBC noted in turn.

According to existing plans, the combat units of the United States and Great Britain, which form the basis of the alliance contingent in Afghanistan, should be withdrawn from this country before the end of 2014. "However, the current development of events can lead to the fact that this schedule will be revised in the direction of approaching the date of the West’s departure from Afghanistan," the BBC concludes.

“The cruel reality is that we lost in Afghanistan,” the influential British newspaper The Daily Mail said last Wednesday. “The Afghans are pragmatic: they now support those who are most likely to rule the country in the very near future. In this case, every Afghan knows that NATO will soon leave the country, and the Karzai government will either flee or be unable to hold power in their hands. As a result, Afghanistan will fall under the control of the Taliban and field commanders. "

"In any case, after ten years, Afghanistan will not resemble the country that the West wanted to build when it sent its military personnel there. Now we should clearly recognize and declare that we have lost Afghanistan," the newspaper notes.

However, it is not yet clear what the consequences of such a development will be for the region, the West and the world as a whole.

US positions in the giant region from Morocco in the west and to China in the east are weakening, IISS analysts say. This is evidenced by the fact that the current government of Iraq refused to "take into account" the request of Washington and to prohibit flights through its airspace from Iran to Syria with military and other cargo, according to local diplomatic circles. "Baghdad simply ignored these demands of the United States, as their participation in the decision of the fate of the region is rapidly falling," the diplomat said

This pessimism and extreme concern permeated and published last week in London, the annual report of the International Institute for Strategic Studies - "Strategic review 2012".

"This year has been marked by rapid changes taking place in conditions of heightened fragility and instability of the global situation," said the head of the institute John Chipman, introducing the report.

The report notes that "the modern world community is faced with the most difficult challenges: will the eurozone and the European Union survive in their present form? What will be the new balance of power in the Middle East, given the growing influence of the Muslim Brotherhood movement and the deepening conflict in Syria; the process of transferring power in China to a new generation of politicians; can the rapidly developing countries of Asia and Latin America find their new place in the structure of international relations, what part of their former power can the United States have? n ".

“At the same time, there is a powerful rise in nationalism in today's world, which practically no state could avoid,” Chipman emphasized. “This is surprising, since the rise of nationalism is taking place under conditions of ongoing globalization,” he stressed. According to Chipman, this fact how unpredictable the current situation in the world has become and how significantly the risks have increased in it, including in connection with the geopolitical weakening of the United States and its Western allies.