Press Secretary of the Ukrainian President: Zelensky is ready to accept the offer of the President of the Russian Federation and start talking about a ceasefire 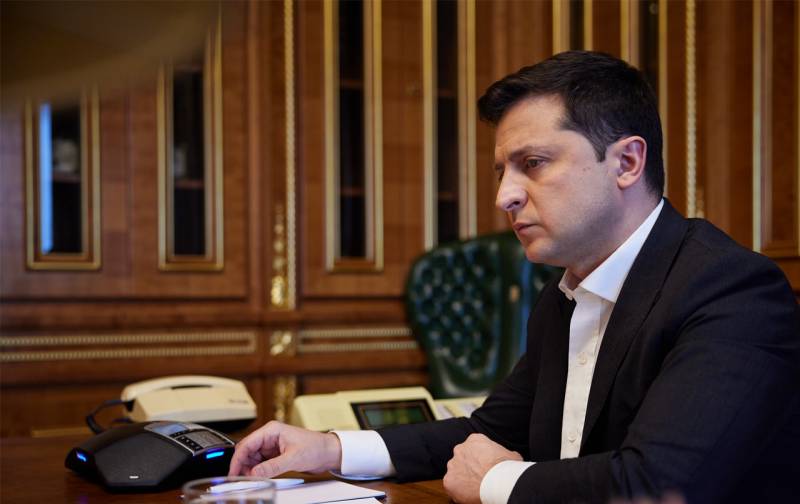 A spokesman for Ukrainian President Zelensky issued a statement from his boss, indicating that he was ready to accept "the proposal of the President of Russia" and "start talking about peace and a ceasefire."


Isn't it too late to talk about this in the Ukrainian capital, which is already practically encircled?

The night before, Zelensky appeared in a video selfie with a group of Ukrainian officials, saying that he, the Ukrainian prime minister, the head of the President's Office, "remain in Kyiv and continue to work." At the same time, the entire group of Ukrainian officials looked as if they had just climbed out of hiding for a short time into the street and were going to return there after a short-term activation.

The US administration, meanwhile, again offered Volodymyr Zelensky the evacuation. However, the Ukrainian president, according to the Maidan Ukrainian media, said that he “refuses to leave the capital during the enemy’s offensive.”

American television channels report that the US administration, having contacted the Ukrainian president through its communication channels, said that "there is an opportunity to take him to a safe place." But, as stated, Zelensky, "thanking for the support, rejected the offer."

Vladimir Zelensky assured that he was in Kyiv.
In the meantime, reports are coming from Kyiv itself that Ukrainian troops are allegedly "pressing saboteurs in all directions." This kind of presentation of information has become characteristic since the beginning of the Russian special operation to demilitarize Ukraine. Statements from the series “the situation is under control” and “Ukrainian troops are giving a reliable rebuff” have become a trend among Ukrainian politicians who are still active, who in this way are trying to calm themselves to a greater extent.