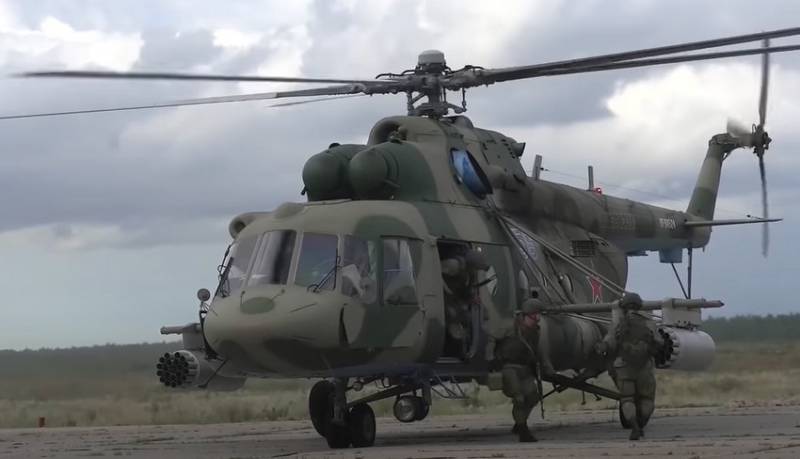 The Russian armed forces blockaded Kiev from the western direction, the main forces of the Airborne Forces connected with the advanced group in the Gostomel area. This is reported by the Ministry of Defense.


According to the report, the main forces of the airborne troops united with units of "yesterday's" landing in the Gostomel region, thereby blocking the capital of Ukraine from the western direction. As explained in the military department, on Thursday, an assault force was landed in the area of ​​​​the Gostomel airfield, which held the bridgehead until the arrival of the main forces.

About 200 Russian helicopters were involved in the operation, the air defense system of Ukraine was suppressed, electronic warfare systems were operating in the area of ​​combat operations
- said in a statement.

It is noted that during the capture of the airfield, a unit of nationalists from the special forces of Ukraine was destroyed. There were no casualties among the Russian servicemen during the operation. The Ministry of Defense also confirms the encirclement and blocking of the city of Chernihiv. According to the report, the armed forces have completed the blockade of the city, and measures are being taken to prevent casualties among the civilian population. Details of the operation are not given. The head of the Chernihiv Regional State Administration says that the columns of Russian armored vehicles have advanced to Kiev - to the northeast direction.

Meanwhile, the Armed Forces of Ukraine began to place installations of the Grad MLRS right among the residential areas of Kiev, the installations are aimed at Gostomel. As stated in the Russian military department, the Ukrainian military decided to hide behind the civilian population as a human shield. In addition, in Kiev they freely distribute weapon. Footage of the distribution of weapons appeared on the Web, machine guns are simply unloaded from trucks and distributed to everyone, without even asking for passports. In this regard, even Yulia Tymoshenko expressed concern, saying that it is dangerous to issue weapons even without documents, since it is not clear who these people are - "perhaps they will go looting when many apartments and houses in Kiev are empty."
Ctrl Enter
Noticed oshЫbku Highlight text and press. Ctrl + Enter
Military Reviewin Yandex News
Military Reviewin Yandex Zen
249 comments
Ad