New Polish Defense Law. On the eve of consideration and adoption 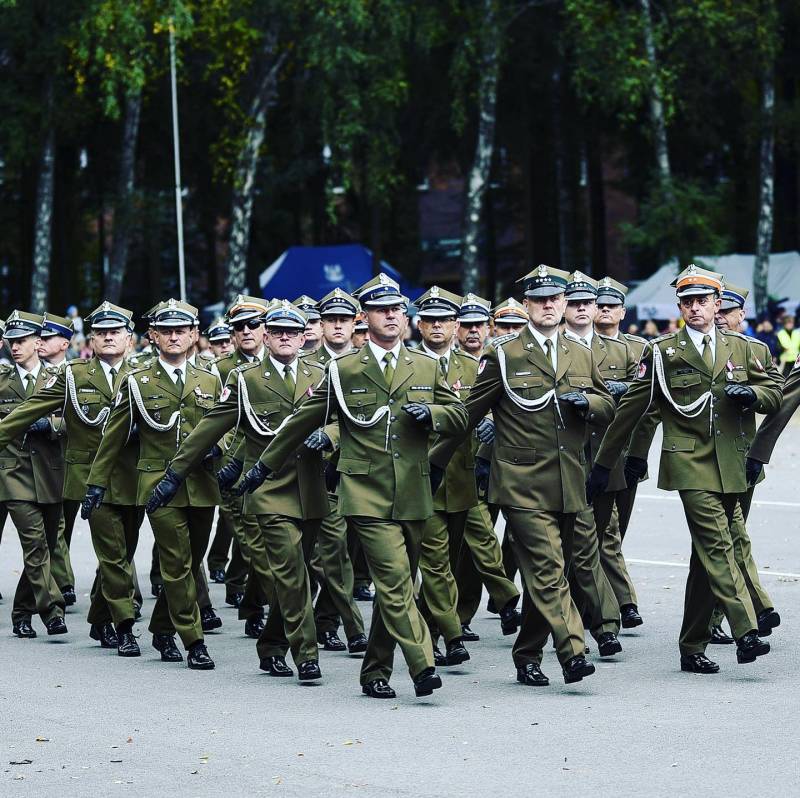 The Polish authorities are planning to reform the armed forces. A new defense law has been drafted and is going through the necessary authorities, proposing several key measures. First of all, it is planned to increase defense spending, due to which the quantitative and qualitative indicators of the army will grow. These and other measures are believed to help strengthen the defense and bring it into line with current challenges and threats.

In line with current political trends in Europe and NATO, the Polish leadership is concerned about the notorious Russian threat. Such a threat requires a corresponding military response, which is why last year it was proposed to reform the armed forces.

At the end of October 2021, Polish Deputy Prime Minister Jarosław Kaczynski and Defense Minister Mariusz Blaszczak presented a new draft law "On the duty to defend the Motherland". It presents both a general plan for the necessary reform, and individual steps to solve specific problems. The authors of the bill immediately revealed the main goals of the reform, through which it is planned to increase the defense capability.

Over the following months, the bill was finalized and passed through all the necessary instances. On February 22, 2022, the document was approved by the Council of Ministers and is now being submitted to the Seimas. According to Polish media, legislators will consider the draft within two weeks. In addition, holding an emergency meeting next week is not ruled out. 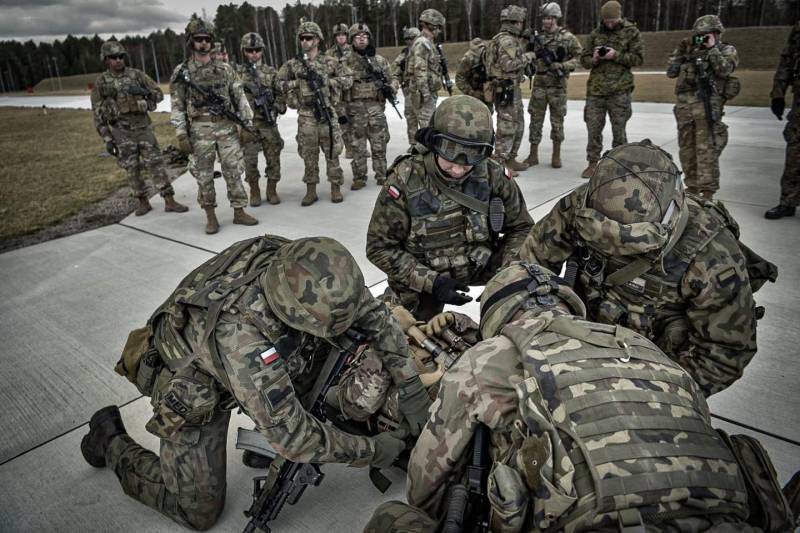 After considering the bill in the Council of Ministers, Deputy Prime Minister Kaczynski noted that in the coming days it would be checked again and, if necessary, corrected. This will eliminate various "inconvenient moments" and potential difficulties.

The new bill will replace or seriously amend existing laws, regulations and other governing documents. A significant part of them is already outdated and, despite all the amendments and additions, does not meet current requirements. The proposed law will solve this problem.

The bill provides for various changes. First of all, defense spending will increase. A new legislative mechanism has been developed that will bring the military budget to a level corresponding to current threats and tasks. Currently, in accordance with NATO requirements, Poland spends approx. 2% of their GDP, but this is not enough for a new reform. At the same time, it is not specified how exactly the budget will be able to grow in absolute and relative terms. 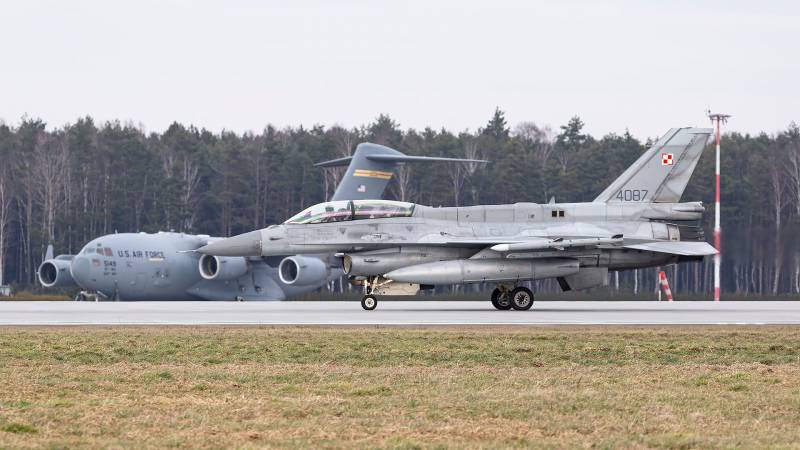 Changes are envisaged in the system of staffing the armed forces. Compulsory military service and conscription are not planned to be returned. At the same time, they want to introduce a "basic duty" for volunteers with a year's service. Within a month after entering the service, the recruit will undergo basic training, after which he will master the specialty for 11 months. Then the volunteer will be able to continue serving under the contract or leave the army.

It is proposed to revise the rules for conferring military ranks. So, when appointed to a position, a serviceman will be able to receive both regular and extraordinary ranks corresponding to new duties. This should provide additional incentives for personnel to learn new skills and advance in their careers.

The Defense Law will change the pay system; the main changes relate to additional payments, bonuses, etc. Thus, contract sergeants who remain in the service after 25 years will receive a monthly allowance of 1500 zlotys (approx. 320 euros). Sergeants aged 28 and over will receive PLN 2500 (€540).

The authors of the bill draw attention to the limited military-technical potential of the army. In this regard, it is planned to launch a major program for updating the fleet of weapons and equipment. Part of it will be replaced by new models, depending on financial capabilities. The remaining materiel will be upgraded to meet current requirements.

At the moment, before the adoption of the law and the start of reforms, Poland has a fairly large and relatively developed, by the standards of Eastern Europe, army. In the latest Global Firepower ranking, which takes into account many parameters of a military and related nature, Poland ranks 24th in the world and 8th in Europe. 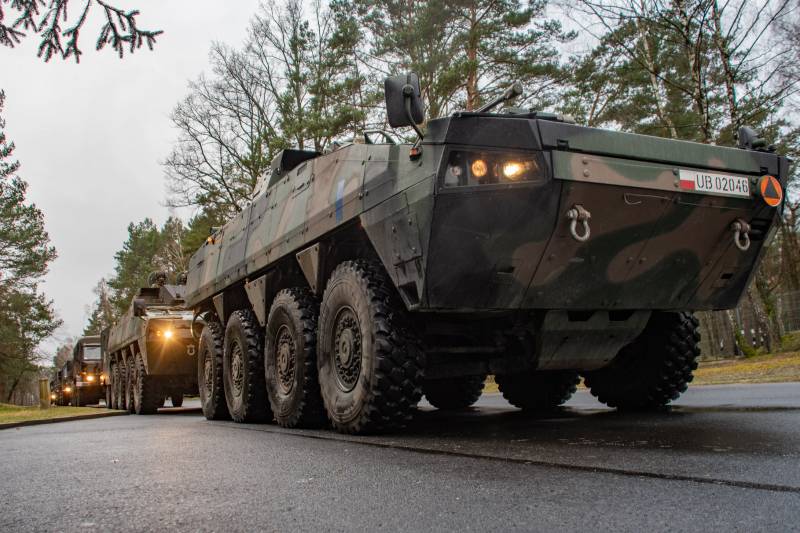 The potential of the Polish army in terms of materiel is limited. The bulk of the equipment is made up of samples from the times of the USSR and the Department of Internal Affairs, some of which have been modernized in recent decades and years. There are also newer products from NATO countries. The German Tanks, American fighters, etc. At the same time, the task of cardinally updating the park of equipment and weapons has not yet been solved; we can talk about success only in certain areas.

Offers and their implementation

The state of the Polish army at the moment can generally be considered satisfactory. However, there are a number of weaknesses that require attention. At the same time, modernization and restructuring are necessary not because of the notorious threat from the East, but because of the objective processes of obsolescence and degradation.

The proposed measures in the form of increasing the size of the armed forces, changing the principles of staffing and monetary allowance, updating materiel, etc. generally able to make a difference. Gradually, they will be able to rid the army of all the main problems, as well as increase the main indicators. 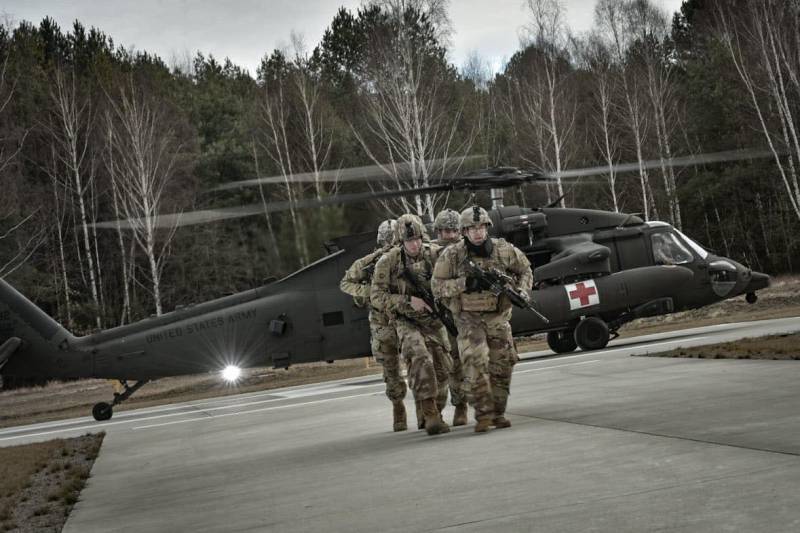 However, the developed reform is particularly complex, which is why even now one can doubt its successful implementation and completion. First of all, we should expect problems in terms of funding. Whether Poland will be able to increase its military budget as necessary is unknown. It is noteworthy that Polish politicians were the first to begin to doubt this, and even last fall, immediately after the presentation of the bill.

The new law "On the obligation to defend the Motherland" provides for a two-fold increase in the number of armed forces, due to which new units and formations will be formed. For their placement and service, it will be necessary to build and / or reconstruct a variety of facilities. In addition, all this will lead to an increase in overall spending on the maintenance of troops, incl. for cash allowance. Modernization and purchase of equipment and weapons also require money.

The authors of the bill have not yet specified how the military budget will have to change in the future. But it is already clear that at first growth is needed, at least tens of percent annually. This will make it possible to carry out the first part of the required military construction and make "long-term investments", as well as raise other expenses. Then the cost of construction will be reduced, but the cost of maintaining the troops will increase.

Apparently, legislators, military and financial departments have a long and, probably, fruitful work to find free money and adjust budgets, both defense and general. Most likely, the plans will be implemented only partially - with concessions from all sides.

Thus, the military and political leadership of Poland came to the conclusion about the unsatisfactory state of the armed forces and now proposes to resolve this issue. A new law has been written with a number of important innovations and proposals, which now must pass the remaining instances and receive approval.

The bill is once again being finalized and will soon be considered by the Seimas. At the same time, legislators have a great responsibility. They will have to adopt not just amendments to the laws, but a full-fledged strategy for the development of the armed forces for the next few decades. Whether they will cope with such responsibility, and whether it will be possible to carry out all the proposed measures, only time will tell.