Damascus - Moscow - Damascus. Two Homelands - their own and Syria 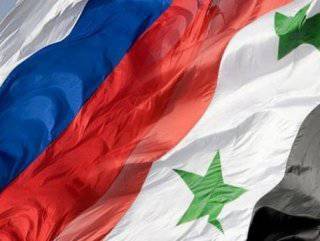 The director of the world famous museum in France - the Louvre - A. Parrot once said these words: "Every cultural person has two homelands - his own and Syria." I had the opportunity to verify this, having made a flight "Damascus - Moscow - Damascus".

For several months of being abroad, the disadvantages of living in your country are forgotten, you unwittingly forget about the high prices for travel and food, and about the terrible crowding in the subway, and about the cold, harsh climate - and you fly to your native land with pleasure. Which, however, was not stingy at the farewell autumnal warmth ... How is it in the song: "And I would touch the Motherland with my hand" ...

I felt the truth of the words of A. Parrot, and in my heart - both countries. And in the heart of how many Russian people there are other fraternal countries - both happy and suffering! But a cultural man is different from cosmopolitan - he can love not only his own, but also a distant, distant country. And cosmopolitans really do not like any of the countries, and they will be happy to call for bombing any state, and this is what the representatives of the Western power elites and lackeys from the people are doing.

“Touching the country with your hand”, you can fly back to Damascus, heated by the sun, to its antiquities and modern harsh realities, to its mosques, narrow streets and oriental bazaars.

On this period stories we are closely related. Syria has high hopes for Russia, and for Russia Syria has become a test of strength.

Do you remember our Soviet song "The huge sky - one for two"? "And it would be necessary to jump - the flight did not come out. But an empty plane would collapse on the city." The two sons of our country accomplished the feat, when instead of fleeing themselves, they were thinking about how to save thousands of other lives. Now in Syria, a similar feat was accomplished by four.

A Syrian army colonel and three other crew members flew in the sky over the suburbs of Damascus. And suddenly, due to a technical malfunction, the helicopter began to fall. The crew would have to flee. But the helicopter caught the tail of a passenger plane, in which 200 passengers were flying from Damascus from Lattakia. And the helicopter crew was not thinking about how to eject, but how to minimize losses. The passenger aircraft pilot worked professionally, and all the 200 passengers, alive and healthy, landed safely at Damascus airport. But the members of the helicopter crew were not destined to return to the ground - they tragically died, and there was a huge sky for them - one in four ... Almost like in our Russian song ...

There is a lot in common between the Soviet people and the Syrians, and today Syria is faced with the threat no less than we are in the thunderstorm Forty-One. It is about the survival of the state, the preservation of its independence. And the people have a choice - to kneel in front of "the stranglers of all righteous ideas", or to do everything to prevent enemies from entering their territory.

And it is more difficult for people to fight. After all, now the insurgents who have become brutal from the constant failures are committing terrorist acts directed directly against the Syrian people.

23 September thugs staged an explosion on a pedestrian bridge near the hotel "Four Seasons". A peaceful citizen, a passer-by, died. Three more people were injured.

I had to walk on this bridge so many times ... But the person was not lucky ... The rebels want death to come to ordinary people unexpectedly, from around the corner, it is unknown where they are - at home, at work, in a car or just on a pedestrian bridge, as in this case. Sowing terror, forcing the people under their pressure to renounce their homeland and legal leadership — that is their goal.

Among the people, they want to sow fear, and among the leadership of the country - they are trying to sow betrayal. The leadership of the rebels did not come up with anything better than to impose a reward for the head of the country's president in the dense traditions of the Middle Ages. The one who gives out Bashar Al-Assad, dead or alive, has been promised 25 million dollars. Those who made this statement noted that now, they say, people from the president’s inner circle should think. They hope that this will push some of them to betrayal.

This is not the first time that a reward is offered for the head of a national leader. Previously, large sums of money were offered to all kinds of rebels and their overseas masters for the lives of such popular leaders as Slobodan Milosevic, Radovan Karadzic, Saddam Hussein, Muammar Gaddafi ... It turns out that the life of any disagreeable leader can be estimated in monetary terms.

I remember when the same amount was offered for the head of Saddam Hussein, I wrote these verses:

We will appreciate. Will buy. And they will tie.
And dragged to a false court.
"Peacemaker" in a bloody rage
On such a massacre - cool.
And there will always be Judas
What betrays a pretty tambourine:
"Twenty-five million! Cool!
Thirty pieces of silver - garbage! "
Who rebelled - that is, he died
The boss was not used to disobedience.
The rest is a personal number
And overseas foreign language.
Do not interfere with building civility!
Under control - your every step!
You will leave the last mercy -
Faded tricolor flag.
God forbid you are proud and courageous
Not a flunky and not a sycophant -
In a moment - appreciate. Will buy. And they will tie.
Or maybe they will just be killed.
"Everything is good!" - say the newspaper.
"All according to plan!" - says PR.
Where are you, Orwell? Huxley, where are you?
Who will describe this nightmare?

And now history repeats itself again. The authors of the darkest dystopias did not think of this ... Traffickers of lives and countries are again and again looking for a new victim ...

But Syria is not a victim. The country that has resisted the American-Zionist project called “The Arab Spring” the longest is to win.
After all, this country is indeed the second homeland of every cultural person. This is the cradle of civilization. It was in Syria that the first alphabet was invented. It was in Syria that many ideas, religions and philosophies were initiated. Therefore, the director of the Louvre A.Parrot and said the words that I quoted at the beginning. It would not hurt only Parotta compatriots to listen to them. This is especially true of the leaders of France who are supporting wild, uneducated rebels, promising to supply them with more and more suicidal weapon. But if Syria is a second homeland for every cultural person, then it turns out that gentlemen Hollande and Fabius, who make anti-Syrian statements, delete themselves from the list of cultural people?