February 23 - Defender of the Fatherland Day 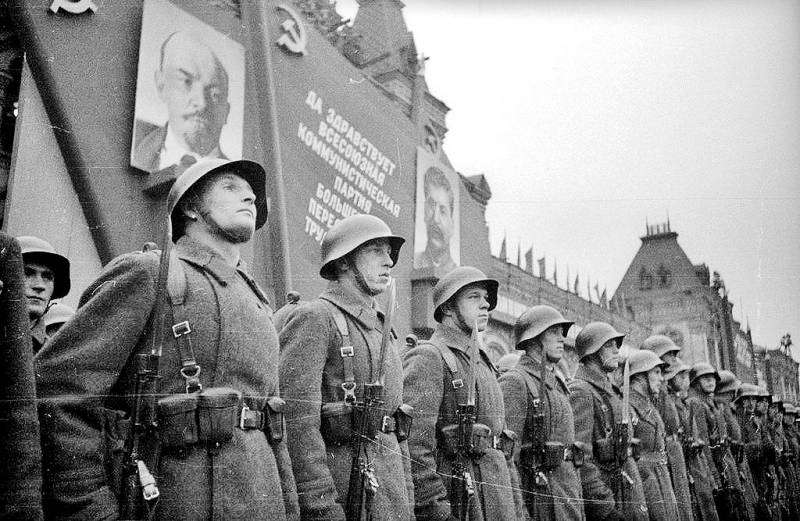 Today, February 23, in Russia and some other countries of the post-Soviet space, a truly masculine holiday, "Defender of the Fatherland Day", is celebrated.

However, he did not always bear such a name. Moreover, recently the boundaries that define the heroes of the occasion have been rather “blurred” too. By and large, February 23 today has become a kind of analogue of March 8 only for men.

This I mean that all men celebrate the celebration and receive gifts. Including those who have no idea what "defence of the Fatherland" is.

To figure out what exactly the meaning is in the aforementioned holiday, it is necessary to return to the origins - the time when they first began to celebrate it.

So, according to historical According to data, the origin of the holiday is directly related to the day of the formation of the Red Army in 1918.

True, there is one interesting point here: the date of its occurrence is considered to be January 28, 1918, and for some reason the holiday began to be celebrated on February 23. There was a lot of controversy and discussion about this at one time.

Explaining the situation described above, historians express several versions, two of which will be given below.

According to the first, on February 23, the Red Army heroically defended Petrograd, defeating the Kaiser's troops, which formed the basis of the holiday. True, many experts do not agree with this interpretation, since there are no documents confirming for certain the defeat of the German troops by the Red Army on that day.

The second one looks more believable. In 1919, the People's Commissar of the Ukrainian SSR Nikolai Podvoisky and the All-Russian Central Executive Committee proposed to celebrate the "Day of the Red Army" on January 28. However, the preparations for the celebration dragged on so much that it had to be “thrown” to the next day off, which then fell on February 23.

Be that as it may, until 1946, February 23 was celebrated as the Day of the Red Army. Then this holiday was renamed the "Day of the Soviet Army and Navy".

After the collapse of the USSR, the celebration had to be renamed again. Since 1991, although after another adjustment, we began to celebrate February 23 "Defender of the Fatherland Day".

In general, based on the foregoing, we can conclude that today's celebration concerns only those men who really fulfilled or are fulfilling their duty to protect the Fatherland. To all involved - congratulations!