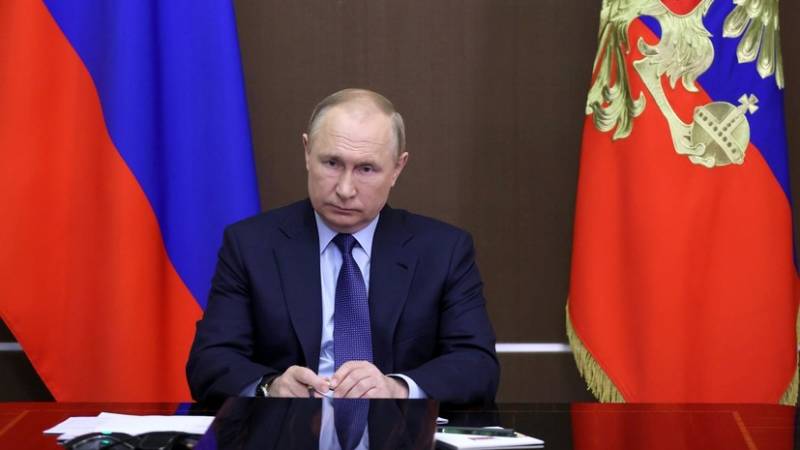 Everything that is happening around and near the republics of Donbass has become, perhaps, the center of attention not only for Russia, but for the whole of Europe.


Everything was forgotten: the pandemic, mortality, the fight against coronavirus, the Nord Stream 2 problem, everything. Main the news there were reports similar to reports from the line of confrontation between the republics of Donbass and Ukraine.

It all started back in November last year, when, simultaneously with the movements of the Armed Forces of Ukraine, maneuvers of the Russian army near the Russian-Ukrainian border began near the demarcation line. Logical and regular.

At the same time, it was proposed to talk about the further expansion of NATO to the East. NATO rejected the proposals and continued to send cargo planes full of modern weapons to Ukrainian airfields.

This somewhat turned the heads of the servicemen of the Ukrainian army, who decided that with the help of the donated Javelins and Stingers, the Armed Forces of Ukraine would be able to solve any problems. The shelling of Donetsk began ... In general, this should be said both separately and in detail.

Communicating with my friends in this city, I want to say only one thing: they are used to it. For eight years, day after day, shells have been flying from one side to the other. The only question is how many of them flies. When 2-3 per day is tolerable. When it's more, it's stressful.

And throughout all these years we did not leave the topic. They gouged no worse than woodpeckers that the problem of Donbass needs to be solved. And gradually, shadow people without citizenship and the prospect of a normal life began to become first citizens of the republics (this is when the diplomas and documents of the LDNR began to be recognized in Russia), and then simply citizens of Russia.

It was really good progress.

And here is the confession.

In fact, how long could one talk with this soiled rag with the inscription "Minsk agreements"? Indeed, as Lavrov said at the now historic meeting of the Security Council of the Russian Federation, no one was going to fulfill them.

Of all the points (13 in number), ONE was fulfilled: on the withdrawal of troops. Everything. Let me remind you that the Minsk agreements were signed in 2015. Seven years of nothing and nowhere. Indeed, it was time to do something like that.

All these seven years, slowly, overcoming the difficulties of the Russian state apparatus, Luhansk and Donetsk residents received citizenship of the country, whose leader promised help and protection in those years.

Help was. Protection too. Maybe, of course, someone will not like how it was implemented, but everything was. And they helped the Donbass in the way that they did not care about their own. But that's okay, it's in Russian.

And the Minsk ones ... Well, very convenient. Everyone is talking about them, but no one was going to do anything. Of those who should.
And then I want to repeat Lavrov's words at the same meeting. Yes, there are several conflicts in the world now, there are several zones where the situation is tense to the limit. But everywhere the parties are trying to somehow negotiate. And only Ukraine fundamentally did not make a dialogue with the republics of Donbass.

Yes, there were demands on Russia, which, in fact, had nothing to do with the Minsk process. But we regularly paid tribute to the West in the form of sanctions for not fulfilling the terms of these agreements.

It would seem, what is difficult? Special status? On the paper? Well, which is easier? They would have given it, but in a year they would have taken it away. Linguistic self-determination? Same. Amnesties? Yes, it’s not a question, then they would slowly catch whoever they need and hang them.

But the border with Russia would be on the Ukrainian castle.

But no, at first Poroshenko did not want to do anything, now Zelensky. Although the last movement near the borders frankly frightened. And he even in a conversation with German Chancellor Olaf Scholz promised that soon the Ukrainian authorities would submit draft laws on the special status of Donbass and the organization of local elections for discussion in the contact group. It happened on February 14 this year.

No, it is clear that they have been waiting for the promised three years, but then seven have passed. That is, in seven years, the President of Ukraine promised to submit documents that should have been ready by 2016.

And their execution is guaranteed by the year that way by 2050 at such a pace.

One can safely and confidently say that the Minsk format has become obsolete and the agreements that no one was going to fulfill were not worth the paper on which they were written. Yes, and they were signed by more than dubious (except for the leaders of the LPR and DPR at that time) in terms of capacity and responsibility of the person: two ambassadors and one former president.

And that's it, agreements are no longer agreements.

The situation began to escalate

The Armed Forces of Ukraine pulled all the forces they could to the line of demarcation. Mobilization was announced in the republics, Russia also arranged quite a decent party near the borders.

By the way, a very good move with the removal from the republics of those who could unwittingly suffer if the show would start. It is clear that everything was planned and organized in advance, plus agreed with the Russian side.

And the very process of "evacuation" to me, as a person who had watched the refugees of the 2014 model, liked today's picture a little more. If only that were the case at that time...

Well, Pasechnik and Pushilin's appeals to Putin regarding the need to recognize the republics. Establish friendly (God, as if there were options) relations and provide protection, including for Russian citizens.

On February 21, late in the evening, it became clear that they would recognize it. And so it happened.

Well, as a person who stands up for peace in the Donbass, I am quite satisfied. And I understand that the main thing after recognition is to help discourage the Armed Forces of Ukraine from shooting in the direction of Donetsk and Luhansk completely. To blue hands and heads.

It is clear that we will have more headaches. Donbass was not destroyed by us. The Ukrainians did it, but we and only we will have to restore the destroyed. This was clear and understandable to smart people back in 2014.

It is clear that the West will not leave this demarche just like that. Stoltenberg has already begun to carry such that one gets the impression that Psaki prepared texts for him. Okay, they were convicted in NATO - and God bless them, in the end, they chose this path themselves.

Tomorrow, many will think that if Russia begins to force peace in Ukraine in the Georgian style, NATO may intervene. It is doubtful, but we will discuss this option in the very near future. There are trained people who shared their thoughts.

I really hope that there will be no open conflict between Russia and Ukraine. No matter how they pushed Ukraine to this. In the end, the responsibility for what happened lies precisely on the Ukrainian side. The utterly dragged-out process of a peaceful settlement - is this not a crime against the inhabitants of the LDNR?

And this applies not only to the team of President Zelensky. This can also be addressed to Macron and Scholz, who did not particularly bother themselves with the work of the Normandy Four. So - do not be offended. Although the gentlemen have already stated how disappointed they are. But they indicated their readiness to “continue contacts”.

So I'm wondering what's next.

Russia recognized the republics of Donbass. Okay. In 2015 it would have been better, it would have saved hundreds if not thousands of lives. But yes, better late than never.

Then the question arises of how and at whose expense the infrastructure will be restored. Those who left for all these years, they are unlikely to rush back. Too much time has passed. Hence the inevitable shortage of workers. And money. Crimean version ...

Very serious questions. The attitude of the whole world (“brother” Serbian President Vučić has already spoken about how badly we did, we are waiting for the rest), lack of labor, lack of funds, lack of everything.

And a very sensitive issue: the protection of territories, which Pasechnik and Pushilin spoke about first of all.

Historical digression in the presentation of Putin in his evening address was very good. The president spoke about the past clearly and reasonably.

It would be absolutely wonderful if Vladimir Vladimirovich told us in the same style about the future of Russia and the republics of Donbass.

We are now entering a new stage in our lives. Since this whole operation was well planned and executed, it would be even better to know what is planned at the end of everything. What will be the total.