US and NATO embark on shameless military development of Ukraine: President Putin's address to the nation 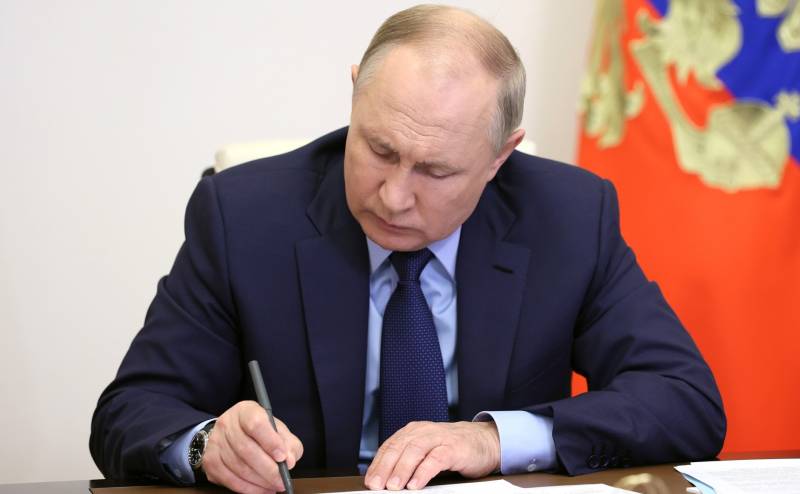 Vladimir Putin addressed the nation after a meeting of the Russian Security Council.

My appeal is addressed to all Russians and our compatriots in Ukraine.
President of Russia:

Ukraine is not just a neighboring country for us. There live people connected with us by blood ties.
The president began stories issue.

Modern Ukraine was entirely and completely created by Russia, and by Soviet Russia. Lenin and his associates did this rudely towards Russia itself, tearing away Russian lands. And after the Great Patriotic War, Stalin endowed Ukraine with the territories of Poland, Romania, and Hungary. And already in the 50s, Khrushchev for some reason transferred Crimea to Ukraine.
The President noted that after the war, the same Poland received historical German lands.

Putin raised the issue of the activities of the USSR authorities:

Why were the republics given the right to secede from the Soviet Union? But there is an explanation for this. The Bolsheviks initially tried to retain power at any cost. Lenin's principles turned out to be more than a mistake. Of course, the events of the past cannot be changed. But today we have to be honest about it.
Putin:

I'm not blaming anyone for anything right now. The situation in the country at that time was difficult and critical. Today Ukraine can be called Ukraine named after Vladimir Ilyich Lenin. He is its author and architect. And now the "grateful" descendants have demolished all the monuments to him. This is what they call decommunization. Well... Don't stop. We are ready to show you that full decommunization is meant for Ukraine.
President of Russia:

Stalin did not begin to implement the Leninist principles of building statehood. It is a pity that utopian fantasies were not deleted from the system. No one thought about the future, as is often the case with us.
Putin:

In the mid-1980s, the national question began to escalate. But the leadership of the CPSU, instead of analyzing the situation and taking deep measures in the economy, focused on verbiage. They began to mindlessly encourage nationalist sentiments. Against the backdrop of a total deficit, no one thought about the consequences. They began to satisfy the interests of the nationalist elites.
In September 1989, a fateful document on the national policy of the party was adopted, which allowed the republics to cancel the decisions of the supreme power of the USSR. Why was it necessary in such conditions to rock the country even more? Even 2 years before the collapse of the USSR, his fate was sealed.

The President, to put it mildly, reproached the CPSU, the leadership of the USSR for the collapse of the country. At the same time, Putin stressed that after 1991 the people recognized the new states.

Our country provided support to Ukraine after the collapse of the USSR. Our total financial support from 1991 to 2013 amounted to about $250 billion. By the end of 1991, the debt obligations of the USSR amounted to about 100 billion dollars. Russia took over the repayment of the entire Soviet debt, paying off in full in 2017.
According to Putin, Ukraine then put forward claims to former Soviet assets abroad.

The President noted that despite this, trade relations with Ukraine were actively developing, at the peak reaching a trade turnover of $50 billion, which Ukraine has not yet achieved in trade with the EU.

The Ukrainian authorities built statehood on the denial of everything that unites us. As a result, extreme nationalism led to Russophobia and Nazism. Hence the participation of Ukrainian nationalists in terrorist activities in the North Caucasus.
The President recalled the theft by Ukrainian oligarchs of funds from ordinary people with the active use of controlled armed radicals.

Putin noted that stable statehood in Ukraine did not happen.

The President pointed to the direct support of the Ukrainian radicals and the so-called opposition leaders from the West during the Maidan.

Ukrainian cities in 2014 were swept by a wave of violence. It is impossible without a shudder to recall the atrocities in the Odessa House of Trade Unions. Those who did this have not yet been punished. But we know the name of each of them and we will do everything so that they suffer severe punishment.
The president:

More than 6 million Ukrainians have already been forced to leave Ukraine.
Putin:

The dowry received from the Soviet era and the Russian Empire was squandered, put into pockets.
The Russian president stressed that Ukraine was under external control. At the same time, both the economy and the political life of the country degraded. The de-Russification course continues. The Rada continues to churn out laws that sow discord among peoples. The Russian language is being expelled from all spheres, from schools.

The president also touched upon the issue of the church schism in Ukraine, the infringement of the rights of believers, and the persecution of representatives of the UOC of the Moscow Patriarchate.

The President noted that Ukraine has a new military strategy, which refers to the readiness to create its own nuclear weapon, as well as to resolve issues of a military nature with the help of foreign states.

The United States and NATO have embarked on a shameless military development of Ukraine.