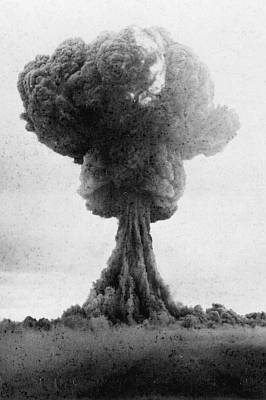 The explosion of the RDS-1 product, August 29, 1949. Photo by Wikimedia Commons

Several countries are now talking about their desire to become nuclear powers and are even attempting to create nuclear weapons. Whether they will be able to solve such a problem is unknown. However, an attempt to test its own nuclear warhead will not go unnoticed. Modern technologies and instruments make it possible to detect signs of nuclear explosions, regardless of how they are carried out.

As you know, a nuclear explosion has several damaging factors. An uncontrolled chain reaction creates a powerful stream of light radiation, spreads penetrating radiation and an electromagnetic pulse, forms a shock wave, and also leads to radioactive contamination of the area. All these factors cause destruction and other damage both in the epicenter and at a distance from it.

With distance from the epicenter, the impact of factors gradually decreases, down to safe values. However, a flash or burst of radiation can be detected at a sufficiently large distance almost at the moment of explosion. Then, isotopes characteristic of a nuclear explosion can be detected in the atmosphere. weapons. The fixation of several such phenomena makes it possible to reveal the fact of an atomic explosion, as well as to determine the area where it occurred. 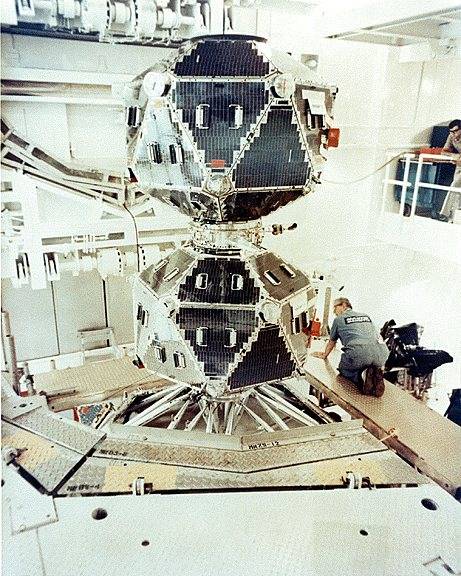 Two American satellites of the Vela series. Photo by NASA
Various means for detecting nuclear explosions on the territory of other countries or in neutral areas began to appear as early as in the forties of the last century. In the future, they were actively used to monitor the nuclear projects of potential adversaries. The current generation of such tools is still in service and solves its problems.

Moreover, in the late nineties, existing and new controls began to be combined into a full-scale monitoring system. It was created as part of the implementation of the Comprehensive Nuclear-Test-Ban Treaty and includes more than 300 objects of various kinds around the planet. It was with its help that in the past it was possible to determine the presence of nuclear weapons in the DPRK and track their tests.

The damaging and unmasking factors of a nuclear explosion can be detected using a variety of ground, underwater and space-based means. Systems of all classes available to different countries have repeatedly demonstrated the results of their work and revealed the fact of testing. 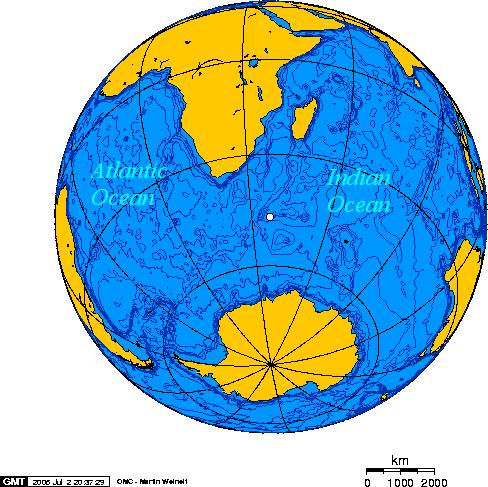 1979 Vela Incident area Wikimedia Commons graphics
The fastest, in accordance with the laws of physics, a nuclear explosion is "reported" by a light flash, an electromagnetic pulse and radiation - if there was an explosion in the air or on the surface of the earth / water. These factors can be detected using optical and radio equipment placed in orbit. In the past, specialized devices were present in space to track explosions. Now such tasks can be assigned to missile attack warning satellites, capable of noticing the torches of launching missiles.

The shock wave from an explosion, atmospheric, underground or underwater, can propagate in the earth's crust at a great distance. Therefore, seismic stations should be used in the test detection system. Waves also propagate in water, and specialized hydroacoustic stations should be used to fix them. High sensitivity infrasound barographs can be used to detect low-frequency sound waves.

Any nuclear explosion emits a radioactive substance with a characteristic isotope composition. It can be detected in air samples taken on the ground or in the air, in different areas. This type of monitoring provides information with a long delay, but complements other data sources well. 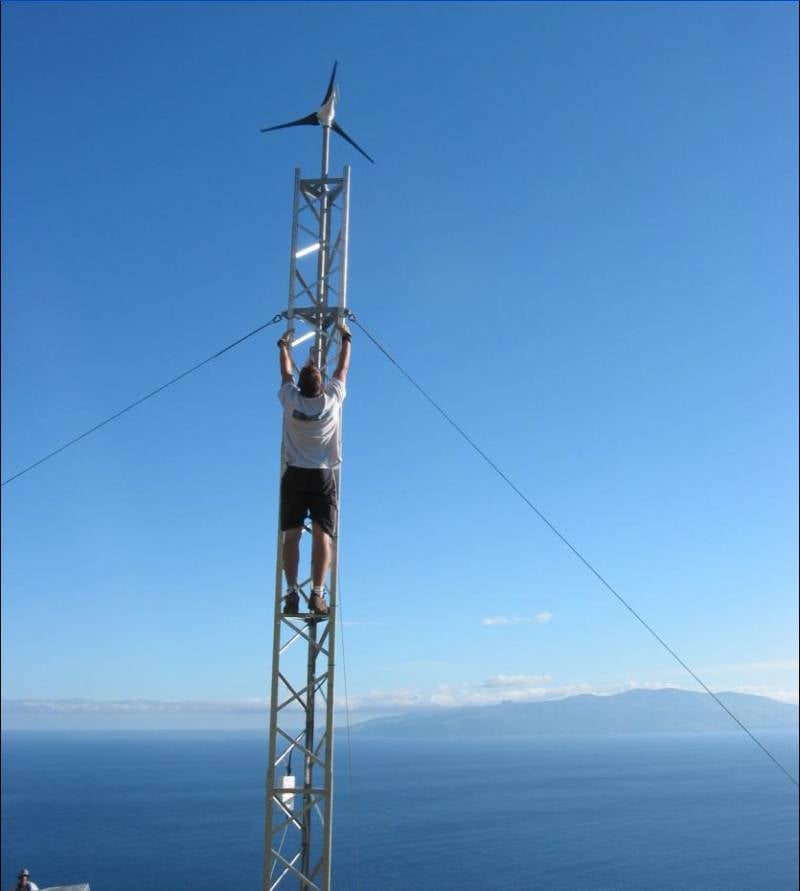 Deployment of a hydroacoustic station of the global monitoring system off the coast of Portugal. Photo of the CTBT Organization
All such detection tools must work together. Accordingly, reliable communication systems and fast data processing facilities are required. Such a network and its computing nodes will be able to detect a nuclear explosion in a minimum time, calculate its location, various parameters, etc.

According to known data, such networks are at the disposal of developed countries. They are built on the basis of military infrastructure and with the involvement of scientific organizations and laboratories. Together, military and civilian structures are able to collect all the information and issue ready-made data.

In addition, a global international monitoring network has been established to support the CTBT. It includes 170 seismic stations (50 main and 120 auxiliary), more than a dozen hydroacoustic stations, 60 infrasound stations, 80 stations for collecting air samples and a dozen laboratories for their analysis. 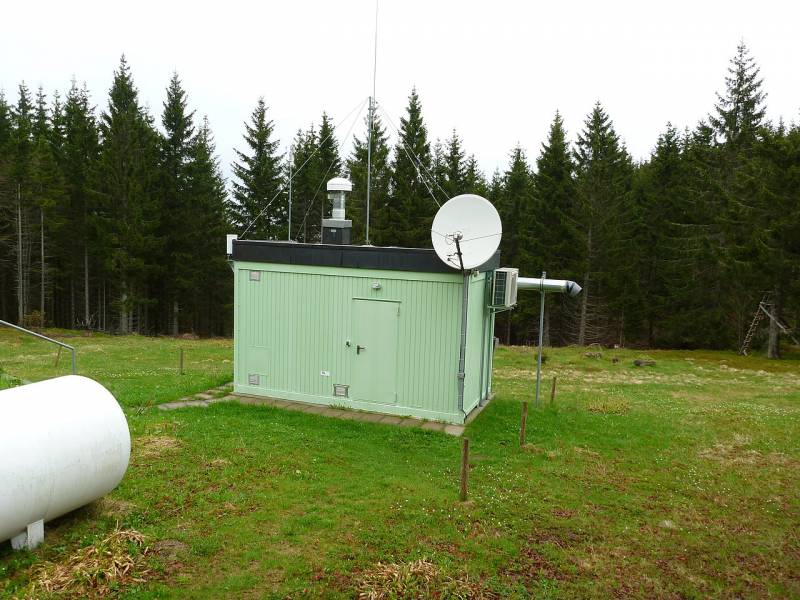 Air sampling station in Germany. Photo of the CTBT Organization
System objects are distributed all over the world and are managed by the International Data Center in Austria. It processes incoming information, compiles databases, and so on. All parties to the Agreement have access to all monitoring information.

The effectiveness of these means of tracking and surveillance has been repeatedly confirmed by practice. Thus, the radioisotope detection method showed its capabilities already in September 1949 - just a few days after the first Soviet nuclear test. Characteristic isotopes with atmospheric flows fell into the northern part of the Pacific Ocean, where they were "found" by the American meteorological and radiological reconnaissance aircraft WB-29.

On September 22, 1979, the potential of reconnaissance satellites became clear. On this day, the American apparatus Vela 6911 recorded an outbreak of an unclear nature in the Indian Ocean, south of Africa. Its power indicated a nuclear explosion with a power of 2-3 kt. However, other factors could not be identified. The nature of the incident also remained undetermined.

Seismic tools have proven themselves well. It was they who, in 1998, revealed the conduct of underground nuclear tests in Pakistan. Since 2006, similar events have been spotted on the territory of the DPRK. In all cases, it was possible not only to identify the facts of the explosion itself, but also to calculate the power of warheads, as well as the most likely test sites. 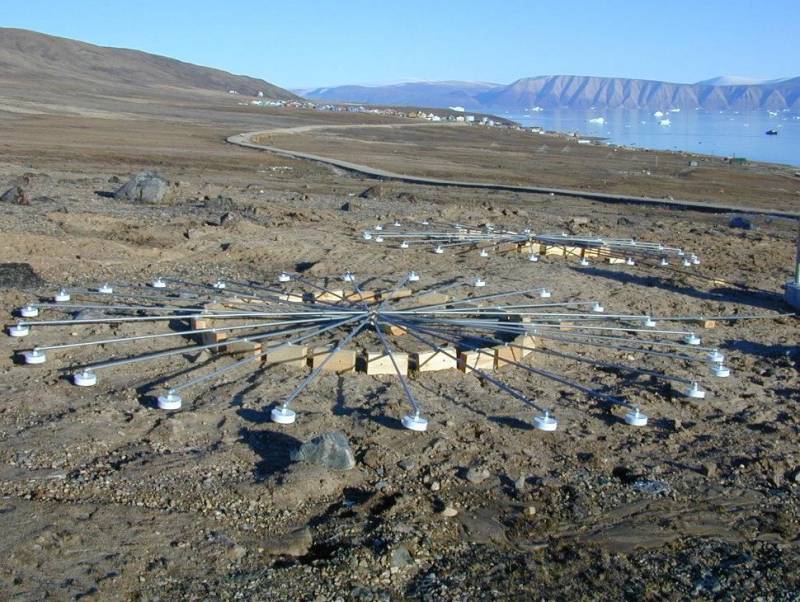 Antennas of an infrasound station in Greenland. Photo by Wikimedia Commons
A nuclear explosion in the air can affect the parameters of the atmosphere, which is also recorded by instruments. For example, the "king-bomb" AN602 caused a powerful wave of atmospheric pressure, which was recorded even in New Zealand. However, seismic waves from such an explosion were much more noticeable - and were also recorded around the world.

The first means of detecting nuclear explosions appeared almost simultaneously with atomic weapons. Various measuring devices and other means were already used during the first tests, and since 1949 they have been used to detect the activity of third countries. At the same time, the most serious progress has taken place in the past decades - fundamentally new monitoring tools have appeared, and the characteristics of existing ones have grown significantly.

To date, highly effective local and global control systems have been created, deployed and are used by individual countries or the international community. All of them have repeatedly shown their capabilities and confirmed their high efficiency. In the course of their work, such systems make a certain contribution to the national security of their countries, as well as contribute to stability at the international level.

Several countries now want to join the "nuclear club" and are even making some efforts. To show their new status, they will have to not only create, but also test a fundamentally new weapon. And it is obvious that such events will certainly be noticed by all existing monitoring systems.