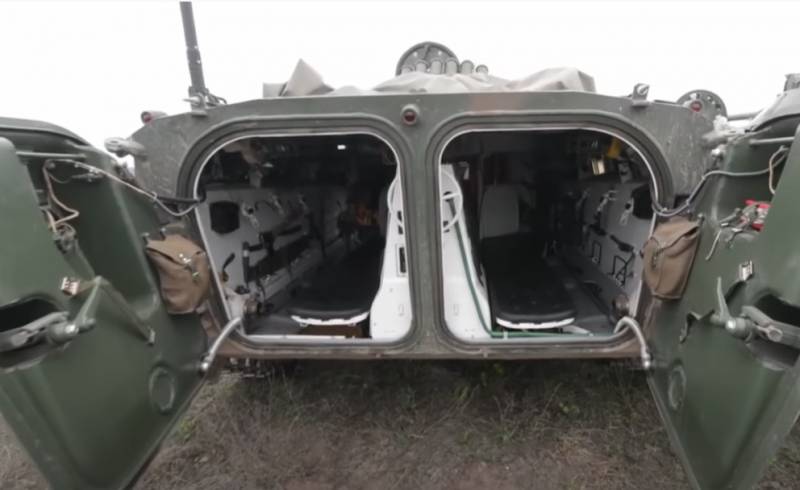 The Russian military destroyed two infantry fighting vehicles of the Armed Forces of Ukraine that violated the state border of the Russian Federation and entered the territory of Russia. This was reported by the press service of the Southern Military District.

According to the report, two infantry fighting vehicles belonging to the Ukrainian army tried to carry out an emergency evacuation of the sabotage and reconnaissance group of the Armed Forces of Ukraine, sandwiched in the territory of the DPR. To do this, they crossed the Russian border and entered the territory of Russia. Both infantry fighting vehicles were destroyed by fire from the Russian military and border guards.

The subdivision of the Southern Military District, together with the border detachment of the FSB of Russia, prevented the violation of the state border of Russia by a sabotage and reconnaissance group from the territory of Ukraine
- it is spoken in the message JUVO.

It is specified that five servicemen of the Armed Forces of Ukraine were killed during the clash, there are no losses among the Russian military and border guards.

As explained, the Ukrainian DRG, which apparently penetrated the territory of the Donetsk People's Republic today, reached the Russian border near the settlement of Mityakinskaya in the Rostov region, where they were discovered by Russian border guards. The border detachment asked for help from the military, a battle broke out on the spot, during which two combat vehicles of the Armed Forces of Ukraine entered the border from the territory of Ukraine, trying to evacuate the group. During the clash, both infantry fighting vehicles were hit, the Ukrainian DRG was destroyed.

Earlier, the press service of the NM DPR reported a breakthrough in the Novoazovsk region of two Ukrainian DRGs. One of them managed to undermine the warehouse of artillery and rocket weapons, the second went deep into the territory of the republic. Units of the NM of the DPR and the Ministry of State Security were searching for Ukrainian saboteurs.
Ctrl Enter
Noticed oshЫbku Highlight text and press. Ctrl + Enter
Military Reviewin Yandex News
Military Reviewin Yandex Zen
348 comments
Ad