How are the Greeks going to deal with the budget deficit? 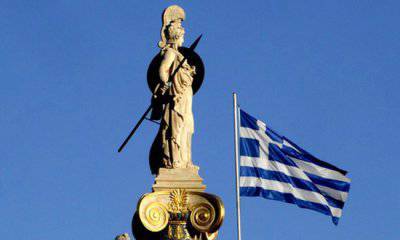 Talk about how to extinguish the crisis raging in the Eurozone continues. The reason seems to have been revealed long ago: Greek, Italian, Spanish, Portuguese and other exorbitant debts, but no one knows how to deal with this reason. Today, even the world's leading economic experts cannot predict the development of the situation with a sufficient degree of confidence. One simple example is the situation with the Greek state budget deficit. They predicted that as a result of the crisis, he would not exceed 9,5-10 billion euros, but the analysis showed that he had already exceeded 20 billion euros. Accordingly, in order to reduce the deficit to at least the predicted mark, the Greeks will again have to tighten their belts. But how?
In this regard, some Greek mayors decided to go on a very original ways. So at once in several cities it was decided to either refuse to illuminate the streets at night in general, or to use for these purposes LED lightening. According to local analytical services, it turned out that in the course of such innovations, about 3% of the city budget funds are being saved. Not enough, of course, but at least some savings for a country that has recently not been used to tightening belts with loans from Brussels and Berlin.
Someone pays attention to street lightingand someone decides to install additional video cameras on the Greek roads recording speeding violations. Such an idea to the Greek municipalities again filed the Germans. In Germany, cameras that listen to cars whose drivers exceed speed have become an excellent tool for replenishing the municipal budgets of several cities in different federal states of the country. The Greeks also decided to take this path. Only here have their own (Greek) problems. It would never occur to the German to refuse to pay the fine, but among the Greeks there are so many defaulters that the authorities themselves do not know what to do with them.
It turns out that the belt to the Greeks and other southern Europeans need to tighten, but only with no one in a hurry to start. Ideas about the introduction of LED lighting on the streets, of course, are good, but the problem with growing financial problems needs to be addressed in more cardinal ways. And if such methods are not found in the near future, then Greece will soon simply fly out of the Eurozone.
Military Reviewin Yandex News
Military Reviewin Yandex Zen