ISDM "Agriculture" goes to the troops 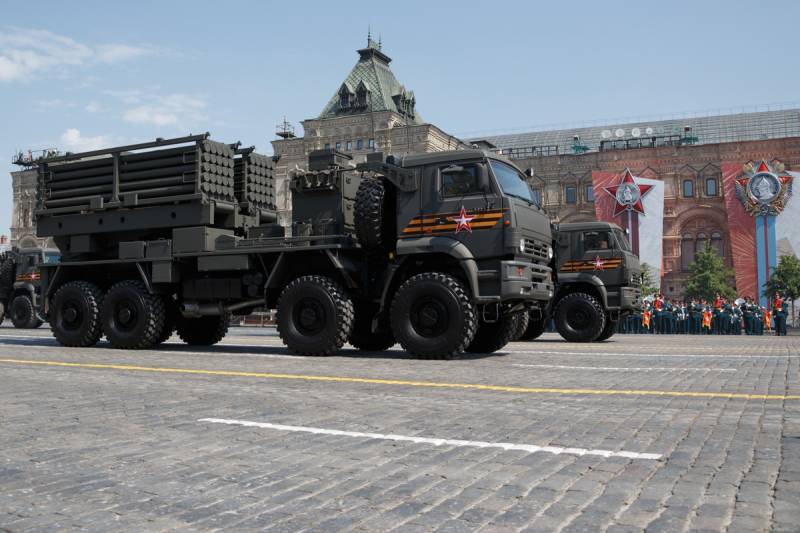 Not so long ago, in June 2020, the Russian defense industry for the first time showed an engineering remote mining system (ISDM) "Agriculture". In the future, this development passed all the necessary checks and tests, and was also used in large-scale army exercises. Based on the results of all these activities, the new ISDM was recommended for adoption. And the process of deploying such equipment in the troops has already started.

In August 2020, a special exercise of engineering troops took place at one of the training grounds of the Southern Military District. As part of this event, one of the stages of the state tests of "Agriculture" passed. Under the control of military personnel of combat units, this complex completed the mining of a given area of ​​\u2021b\uXNUMXbthe area and showed its potential. In XNUMX, it was again reported about the conduct of exercises and training using the first mining systems.

Now the troops of the Southern Military District are supplied with serial equipment. The Ministry of Defense reports that at the end of last year, the first divisional set of "Agriculture" systems entered the district's engineering unit serving in the Rostov Region. For their operation, a new engineering division was formed. It is noted that ISDM is similar in principle to rocket artillery. For this reason, the engineering unit armed with "Agriculture" is called a division.

In December-January, the new division mastered the equipment received. Combat coordination was carried out, after which the personnel began to practice actions as part of tactical groups. In particular, exercises are conducted during which the division simulates the work of the so-called. mobile barrier units.

Serial production of ISDM "Agriculture" continues, and this year new divisions will switch to such equipment. At the end of January, the Ministry of Defense reported that by the end of the year the next batch of vehicles would be received by a separate engineering brigade from the Central Military District, stationed in Bashkiria. 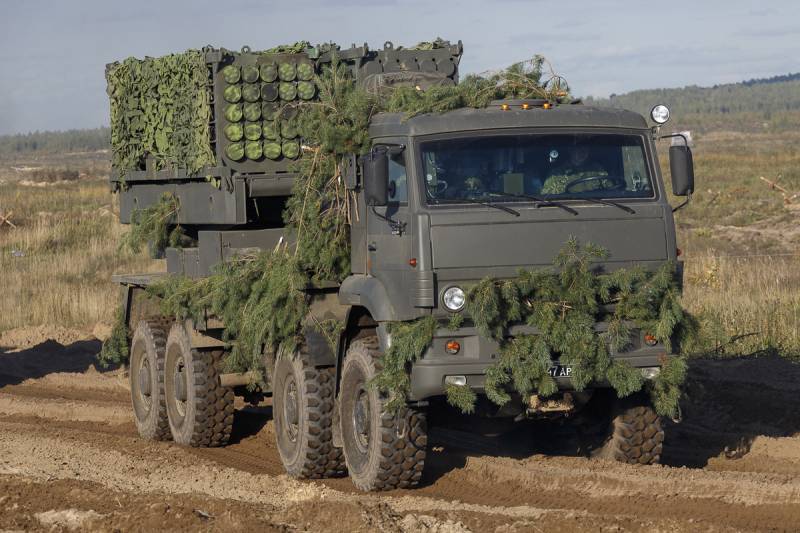 Obviously, the process of re-equipping the engineering troops will not be limited to only two formations in the Southern Military District and the Central Military District. In the very near future, the Ministry of Defense or industry may disclose plans for new deliveries of promising equipment to the formations of the engineering troops. Probably, at the first stages, we will talk about equipping all military districts. The general needs of the army in such equipment have not yet been specified.

From the point of view of technology, ISDM "Agriculture" is a specialized multiple launch rocket system with special ammunition. The complex is made on a wheeled chassis and is highly mobile. A launcher is mounted on the base chassis for replaceable blocks of launch guides. Each block carries 25 missiles. The complex also includes a transport-loading vehicle designed to transport and replace blocks.

"Agriculture" uses specially designed 140-mm unguided missiles with a cluster warhead. The projectile can carry mines of various types, incl. the latest domestic developments in this area. With the help of such ammunition, "Agriculture" can install anti-tank, anti-personnel and combined minefields. The range of the missile is at least 10-15 km.

The exact list of mines compatible with "Agriculture" is still unknown. It was reported about the possibility of using anti-tank and anti-personnel ammunition of several models. At the same time, ISDM is able to control mines and set various parameters. In particular, all mines have a self-liquidator with a given operating time.

The most important element of ISDM is an advanced digital fire control system. It provides for the reception of commands and the calculation of data for firing, and also controls the firing and installation of mines. The MSA allows you to set minefields of the required shape and size, different configurations, etc. Simultaneously with the firing, a mining map is drawn up and transferred to the headquarters. 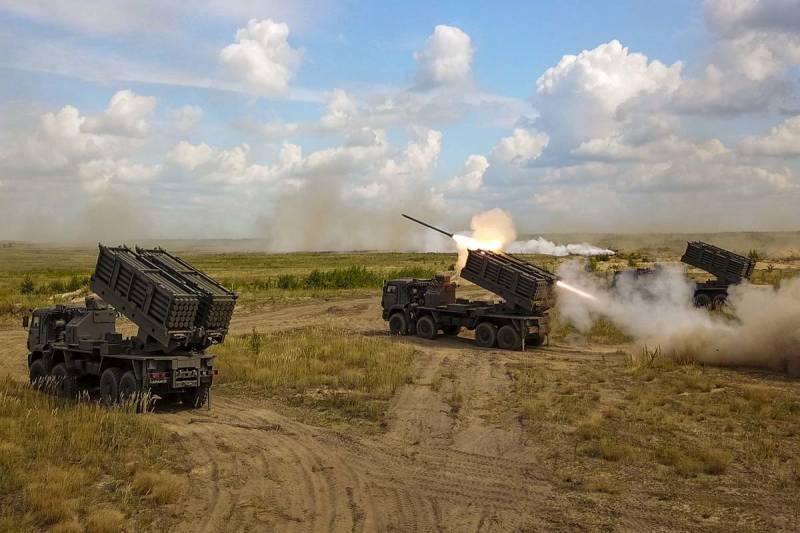 In the engineering troops, the "Agriculture" complex complements the existing remote mining systems. At the same time, due to the characteristic appearance and composition of the components, serious advantages are provided over existing complexes and means of setting barriers. First of all, an increased range and greater flexibility are claimed.

Due to the wheeled chassis, "Agriculture" has high mobility and can quickly stay at a given position for laying a minefield. In this respect, the new ISDM is similar to the existing and developed engineering vehicles with mines.

At the same time, there are advantages in the range of setting min. They are achieved through the use of a special rocket with sufficiently high flight characteristics. Unlike "Agriculture", older remote mining tools use standard cassettes with mines and a propellant charge. Such a cassette is simpler and cheaper than a rocket, but the ejection range is limited to tens of meters.

You can also recall the 122-mm shells with mines developed in the past for the Grad MLRS. Rockets for "Agriculture" compare favorably with their large volume and payload. In addition, the new ISDM belongs to the engineering units, and not to the missile forces and artillery. This fact greatly simplifies the organization of combat work.

The increased range provides several important benefits. "Agriculture" can lay mines on the front line, being at a safe depth, and it is also possible to create barriers behind enemy lines. With all this, the search for the optimal position is simplified. In addition, the system can control a fairly large area from one position, and a large ammunition capacity allows you to set several minefields at once without reloading. 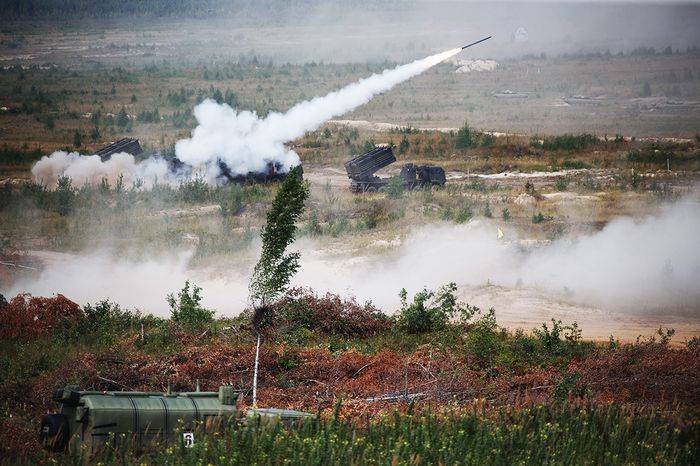 The widest possibilities are associated with the new fire control system. A minefield from "Zemledeliye" can have the required shape and density, as well as include the necessary ammunition with a set operating time. All preparations for its setting are performed automatically, which simplifies the work of the operator. Also, the exchange of data with the command and other processes is simplified as much as possible.

The latest ISDM "Agriculture" began to arrive in combat units, and this process will continue over the next few years - until the engineering troops receive the required amount of equipment. In the foreseeable future, the start of deliveries of mining systems of the Kleshch family is expected. All new models of equipment will be operated together with existing machines, and then they will be completely replaced.

The "Agriculture" system has no direct predecessor or analogue among the existing models in our army. In fact, it creates and immediately fills a fundamentally new niche in the park of engineering equipment. Due to this, the engineering troops not only improve existing capabilities, but also acquire new ones.

The existing samples of old types, the new "Agriculture" and promising products "Kleshch" will make it possible to create a multi-component mining complex with the widest capabilities in the engineering troops. Depending on the current tasks, the troops will be able to choose one or another model that can give the best results. The positive consequences of this are obvious.

However, the full potential of the new project has not yet been realized. To date, only one division of engineering troops has received a complete set of ISDM "Agriculture", and a new division is expected to appear before the end of the year. The military needs more of this technology. However, she has already gone into the series, and now the implementation of such plans is now only a matter of time.