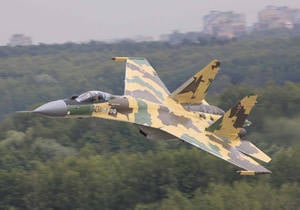 October 20 in the State Duma of the Russian Federation began the discussion in the first reading of the Russian state budget for 2011 year. For the first time since 2005, his project disclosed data on the costs of purchasing, repairing and developing weapons and military equipment for the Ministry of Defense.

The growth of military spending is due to two reasons. Firstly, in the 2012, the principles of the monetary allowance of servicemen will be changed. Second, purchases of weapons and military equipment will increase.

The chairman of the State Duma’s Defense Committee, Viktor Zavarzin, named the expenses for the purchase and repair of weapons for the next three years: in 2011 - 460 billion rubles, in 2012 - 596 billion rubles, in 2013 - 980 billion rubles. Of this money, 2011% will be spent on the purchase of new weapons in 64, in 2012 - 66%, in 2012 - 70%. The remaining funds will be used to repair and modernize the available in the troops and navy equipment - primarily expensive nuclear and diesel-electric submarines, surface ships and aircraft.

At the same time, plans for scientific and design work on the development of new types of weapons will be revised. Some R & D that do not work for a long time will be closed. In general, allocations under this article will be reduced. In 2011, they will be 27 billion rubles, in 2012, 22 billion rubles.

The reduction in R & D expenditures is justified by the decline in the quality of work of many design bureaus that have not developed over the past 20 years and have fallen behind world science and technology. For this reason, the Russian Ministry of Defense begins to buy foreign weapons. It is already clear that a contract will be concluded for the acquisition in France of the Mistral UDC and the construction of three more such ships for a total amount of at least 1,2 billion euros.

The Defense Ministry does not disclose what weapons will be acquired, but it is known that about half of the funds usually go to support the nuclear deterrent forces - these are intercontinental ballistic missiles (up to 10 units per year, including experimental ones), the construction of Topol-M mobile missile systems submarines - three Boreas are under construction now.

In 2011, the Su-35 serial fighters and the Su-34 front-line bombers will come into service with the Air Force and Air Defense. .

For the Navy will lay the new corvettes and frigates, which will go to the fleet in 2013 – 2014. Air defense units will receive four X-NNXX anti-aircraft missile systems in 2011. And in the air defense of the Ground Forces will receive the latest modification of the mobile anti-aircraft complex "Tor-MHNUMXU." The new air defense technology Ground forces last received 400 years ago.

Now, according to the Ministry of Defense of the Russian Federation, in the Russian Armed Forces no more than 10% of new weapons. For example, only 4% tanks manufactured after 2000. In September 2009, the auditor of the Russian Audit Chamber, Nikolai Tabachkov, announced that the share of modern weapons supplied to the army was only 6%. Therefore, they refused to purchase some types of obsolete military equipment. So, in 2011, an order for tanks is not expected.

But it should be noted that, starting with 1996, three long-term state armaments programs were adopted in Russia. None of them was completed, and purchases of new weapons were made in single copies. There is a risk that the new program will be equally ineffective. There may be several reasons. First, inflation and rising prices for military products can eat any budget. Secondly, corruption schemes that allow officials to steal a part of the funds. Thirdly, physical deterioration and low level of technological equipment in enterprises that will not allow producing high-quality military equipment. It is for these reasons that the previous programs failed.