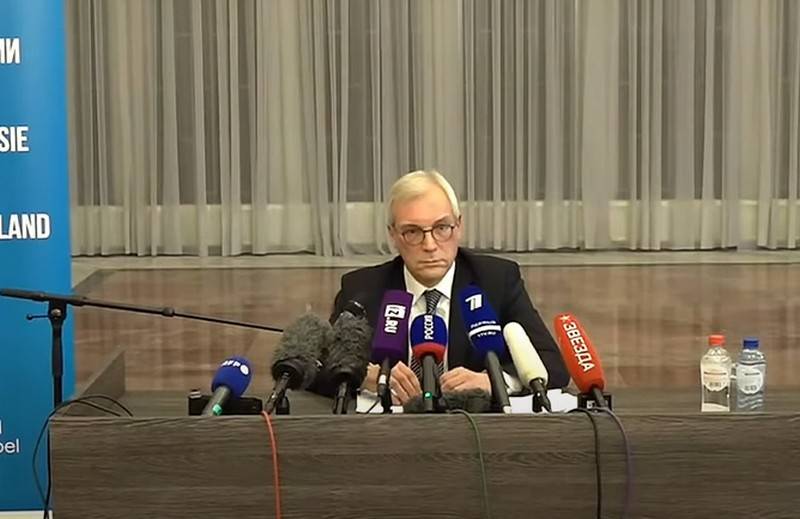 Russia refused to participate in the OSCE Vienna Document consultations requested by Ukraine. This was stated by Deputy Foreign Minister of the Russian Federation Alexander Grushko.


Answering a question from journalists regarding Ukraine's appeal to the OSCE about Russia's ignoring the Ukrainian demand to provide a full report on how many Russian troops are at the Ukrainian borders and what is the purpose of this presence, Grushko explained that Moscow is not going to participate in any meetings.

By the way, the consultations requested by Kiev on the Vienna Document in the OSCE, at which Ukraine wanted to accuse Russia of "excessive build-up" of troops and force it to give a detailed answer, why is it (Russia) doing this, are scheduled for today, February 15, 2022, at 17:00 Moscow time time.

Last Friday, the Ukrainian Foreign Ministry, represented by its head, Dmitry Kuleba, sent a request to Russia in which he demanded that Moscow submit a full report within 48 hours on how many Russian troops are at the Ukrainian borders and in Crimea and what is the purpose of this presence. More precisely, in the request, Kiev demanded to provide: the exact areas of military activity, the dates of its completion, as well as the name, subordination, number of military formations, types of weapons and military equipment involved in it. According to the Vienna Document, Moscow "should" provide all this, but Kuleba's demand was ignored.

On Sunday, Kuleba, who never received a response to his demands, threatened Russia to convene a meeting of the Vienna Document member countries with Russia's participation and seek clarification from it already within the framework of consultations. He called them to convene, only Russia refused to participate in this booth.
Ctrl Enter
Noticed oshЫbku Highlight text and press. Ctrl + Enter
Military Reviewin Yandex News
Military Reviewin Yandex Zen
30 comments
Ad