“Everything is in order with the export of military aviation from Russia”: in the US press about clients of the Russian aircraft industry 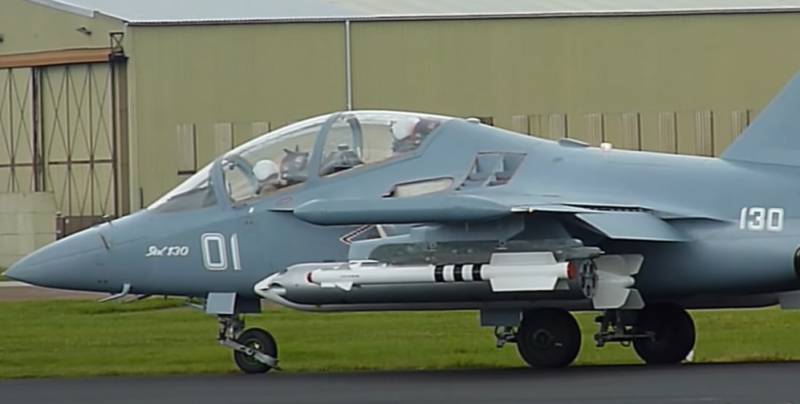 Despite Indonesia's refusal to acquire Russian Su-35 fighters, in general, the Russian defense industry has a serious position in the global military market. aviation, primarily through sales in Asia.


This opinion is voiced in the publication Defense News, which notes that everything is in order with the export of military aviation from Russia:

The Russian aerospace industry thrives on lucrative exports to the Indo-Pacific region, selling multi-role fighters, light attack aircraft and helicopters to traditional customers and new customers.
One of the "visiting cards" of the Russian aviation industry, according to the US press, was the UTS / light attack aircraft Yak-130, which is quite popular. It is equipped with state-of-the-art avionics, including a flight control system and a digital cockpit, and can carry a range of missiles, guided and unguided bombs.

The Yak-130 is used by the Bangladesh, Laos and Myanmar air forces, which operate 11, 10 and 18 aircraft respectively. Vietnam has also begun receiving TCB data by ordering 12 vehicles. Thanks to the purchase of the Yak-130, Laos has the opportunity to protect its airspace for the first time since the late 1990s. Vietnam will use the new machine for training purposes instead of the outdated L-39 Albatros. Myanmar is said to have already deployed the Yak-130 in the fight against insurgents, along with Mi-35P attack helicopters also purchased from the Russian Federation.

However, as explained in the US press, China remains the largest market for the Russian aircraft industry, although, as indicated in the press, China's technological advances have led to a decrease in Beijing's interest in Russian platforms.

Until now, the “Achilles heel” of the Chinese military-industrial complex is dependence on Russian aircraft engines, but the forced creation of its own power plants will sooner or later weaken it.

The WS-10 engine has already received some J-10 and J-20 fighters. Y-20 military transport aircraft and Y-20U tankers were seen with WS-20 power plants. Flight tests of a national engine designed to replace the D-30KP on H-6K strategic bombers are underway.

Another market for the sale of products of Russian aircraft manufacturers is North Africa (Algeria, Egypt), the Middle East, as well as some Latin American countries.