Only Ukrainians can stop the war in Ukraine 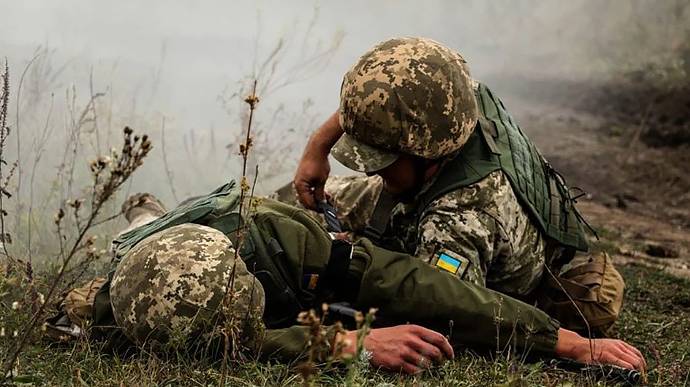 The war that should start in Ukraine has been going on for a long time! This is not the hybrid war that the media of Ukraine and the West are talking about, this is not even a civil war, as we say. This is a systematic war to destroy Ukraine, the destruction of not just a political system, but a state as such. This is precisely the goal facing the West.


We often recall the phrase of Zbigniew Brzezinski that without Ukraine Russia would no longer be able to become an empire, which was voiced in the article "Premature Partnership" in 1994:

"Russia can be either an empire or democracy, but not both at the same time ... Without Ukraine, Russia ceases to be an empire, with Ukraine, bribed and then subordinate, Russia automatically turns into an empire."
However, we always consider this phrase only from one side. Namely: from Russia.

The West, which perfectly understands the strength of Russia and its necessity for the Western economy, is considering the Brzezinski formula from the other side. From the Ukrainian side. If Ukraine is destroyed, the second component of the formula disappears!

Why are “the return of Crimea” and “the end of the war in Donbas” only fairy tales for Ukrainians?

Have you ever thought about why the long-term cries of the Kiev authorities about the return of Crimea and the Ukrainization of Donbass always cause the same reaction in the West? "Support and Express Concern"! And that's it. For almost eight years, the same reaction and the same words.

How many times has Russia “suddenly easily” solved the most difficult economic problems with the help of Western firms that somehow do not comply with the law? Generally it is impossible, but if it is very necessary, then it is possible. And these companies got away with it. This is despite the fact that all cash flows are controlled by the United States. In principle, the Americans are capable of "squeezing the throat" of almost any company.

Why such nobility and concern for people in the countries that bombed the European state, destroyed Belgrade? .. Have they changed, become human? Alas, very doubtful. I think it's something completely different. It is beneficial for the West to destroy Ukraine. It's beneficial. Profitable for your own business!

Let's look at the facts. Is Crimea lost for Kiev? It's not even discussed. Russia has legally included the peninsula into its composition, and no one will return it back. Even talking about the return of Crimea for any Russian politician would mean the end of a career. “The issue of Crimea is closed once and for all!”

Let's look further. Will Western Ukraine agree to live under the new laws if the country's political course changes? Also doubtful. Although, in order to resolve this conflict, the West, just in case, stuffed Ukraine with weapons suitable specifically for war in cities, for the Ukrainian version of modern warfare. That is, they want to turn Western Ukraine into a new Donbass in the event of the defeat of the Kiev authorities and separate it.

Thus, we already have at least three or even four states in place of Ukraine. And here another question arises. Why does Zelenskiy so often speak out against American claims of an attack? Why does the Ukrainian president go against those thanks to whom he is still in power?

To break a house, it is enough to destroy the foundation

The basis of any state, which allows you to pursue an independent policy, maintain a modern army, develop science and education, provide medical care to citizens, and much more, is the economy.

Much has been written about how industry was destroyed, how small and medium-sized businesses and other reforms were killed. All this has been done and should not be repeated. But let me remind you of the latest actions. It is clear to me that the economic bloc of the Zelensky government is mostly petty crooks who pull everything that is bad. But even for them, it's too much.

Ukraine had a fairly decent margin of safety at the initial stage of the "revolution of hydness". Therefore, even today, when most industries are destroyed, the economy manages to somehow exist. Let on loans, but exist. Even export some products abroad.

I am amazed by the reaction of Ukrainians to the sanctions against Russia. All these numerous “urya”, which in just a few days turn into “oh”. When it turns out that the main blow of the sanctions, according to tradition, did the most harm to Ukraine. Eight years of stepping on the same rake and still shouting “urya” even now.

How many times in recent months have we heard statements, requests, persuasion from the Ukrainian president about new sanctions against Moscow. Practically every meeting with the leaders of foreign states, with the people of Ukraine, every television speech necessarily includes this item. Moscow must be crushed with sanctions ... Russia will collapse from sanctions ...

Ultimately, what sanctions do we see today? In fact, the closed sky of Ukraine. No, planes can fly, but at your own risk. Insurance companies have canceled insurance on the territory of Ukraine. And who suffered from this? Who are these actions against?

“The sky over Ukraine remains open, the state is working to prevent risks for air carriers.”
“For its part, the state is ready to support air carriers and plans to provide additional financial guarantees to support airlines.”
Who will believe the state guarantees of Ukraine? Someone will risk expensive planes in order to preserve the image of Kiev? In an environment of information chaos that has hit not only Ukraine, but to a much greater extent Europe and the United States, not a single airline owner will dare to continue flying in the Ukrainian sky.

And then we see a situation figuratively called a "snowball". Business begins to panic and tries to withdraw capital from the risk zone. This process is accelerating every day. And so the economy, barely standing on its feet, begins to fall. Everything else falls after her.

The bans on the entry of Russians and Belarusians, on the exit of officials and deputies had the same effect. People see that there is nothing left of the democratic state.

That is, local moneybags began by hook or by crook to withdraw capital abroad. But ordinary people cannot do this. It seems that the green team will not leave until they completely destroy the country.

I recently read in the Telegram channel of Maria Zakharova very correct words that are in tune with my thoughts:

“But, apparently, until the ideological inspirers of the Maidans bring Ukraine to a complete collapse, they will not calm down. For two months they have been mocking common sense and the Ukrainian people, implementing another global provocative campaign.”

Russia confuses NATO and US maps

Many are wondering why the Americans do not give an exact date for the start of hostilities. This is exactly Russia's fault. Everyone knows that Western countries have evacuated their embassies and some of their citizens from Ukraine. As well as the fact that more than 30 countries called on their citizens to flee Ukraine by any means, too.

But what preceded this has already been forgotten. I'm talking about the duck that Minister Lavrov commented on. The fact that Russian diplomats hastily evacuated their families from Kiev. I personally did not understand the appearance of such conversations in the Western media. It turned out that this was the beginning of a big disinformation operation for Ukrainians.

Today, indeed, some of our diplomatic workers have been evacuated. Simply because in an environment of chaos it is difficult to be sure of the safety of Russian citizens. But at the time when this duck was launched, this was not even a question. Our employees left when citizens of other states began to leave en masse.

Hysteria and psychosis in Ukrainian society are being fueled by US and British officials. And Western media play along with them. It is from official sources that there are reports of an attack on Ukraine. It is a paradox, but in Kiev they perfectly see who is inciting hysteria, but for some reason they talk again and again about Russian aggression.

Surprisingly, when on February 11, President Biden suddenly announced in an interview with NBC that he recommends that all US citizens evacuate Ukraine in any way possible, but preferably by private transport, it came as a surprise to everyone.

In practice, it looks like raising rates to the maximum. There is a big geopolitical game going on. Alas, for Ukraine in this game the role of a sacrificial lamb is allotted. Forcing the situation is designed for weak nerves in one of the participants.

It turned out to be a funny situation. The lack of a Russian response makes it impossible to indicate the exact time of the start of the operation. At the same time, everyone is well aware that the path that was chosen initially, the activation of the database in the Donbass, has already been blocked by Russia. Even if this happens, Russia will quickly take very serious measures and eliminate the danger to its citizens.

Is there a way out of the situation or is war inevitable?


The wheel of war is on. It's unlikely to stop him. But to reduce to a minimum - quite. Only the Ukrainians can stop the war in Ukraine. All this история with the attack of Russia, and all the rest of the tinsel with which it is covered was not started at all for the sake of Ukraine and Ukrainians.

By and large, Ukraine is already a waste material. NATO and the US are not interested in it. Just as uninteresting to us. We will help, but the Ukrainians themselves must figure it out. And choose the future for yourself - too.

The West is trying with all its might to distract Moscow from the main issue, because of which all this whirlwind has spun. From the question of security in Europe, from the relationship between Russia and NATO. The main events can start there. At least, we have not received answers to our questions regarding NATO on our western borders.

Paradoxically, in my opinion, the main thing for Ukrainians today is to endure and not start cutting each other. The main thing is to remain thinking people. Despite all the contradictions that I spoke about at the beginning of the material. Foam, which will not settle down after the Maidan, begins to subside. Starts to run. We need to negotiate.

After yesterday's event, which was also perceived by many as commonplace, I became convinced that Americans in general perceive the population of Ukraine at the level of the Bedouins or other peoples living in the past. Somehow it coincided interestingly: at lunchtime the planes stopped flying, and in the evening they brought in a whole plane of Stingers. Do they understand who they give such weapons to?

The danger, I think, for Ukraine lies elsewhere. In any settlement there are many objects, sabotage on which can take many lives and serve as an impetus for escalation. It is necessary to strengthen the protection of such objects as much as possible ...