In Ukraine, they are returning to a joint project with Saudi Arabia to create an aircraft based on the An-132 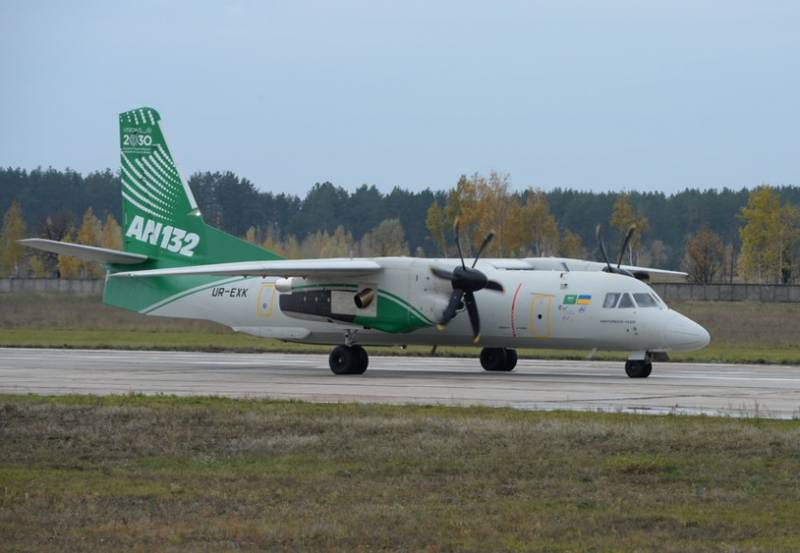 Before the New Year, the Crown Prince of Saudi Arabia visited the aircraft manufacturing plant of Antonov State Enterprise. After his visit to Ukraine, they decided to return to a joint project with Saudi Arabia to create an aircraft based on the An-132.


Sergei Bychkov, General Director of the Antonov State Enterprise, spoke about this on the air of the Ukrainian television program Security talks.

We are talking about an aircraft developed on the basis of a modified An-132D. The head of the enterprise said that Riyadh had resumed the project for the construction of small transport aircraft on its territory.

This decision was the result of a meeting between the management of the Ukrainian company and the crown prince of Saudi Arabia, which took place on the territory of the Antonov plant.

We signed a joint protocol, and at the end of February they should come directly with a roadmap, where we not only resume cooperation, but have already specifically scheduled the resumption of work on the design, creation and launch of an aircraft manufacturing plant and production in Saudi Arabia
- he said.

He also added that the modified aircraft will not be structurally changed much.

It is necessary to place the wing one and a half meters further from the bow. That's all!
- said the general director of the enterprise.

An-132 is an updated version of the An-26 light transport aircraft. Its modification An-132D was called the first Ukrainian aircraft without Russian components. In the middle of last year, Sergei Bychkov announced the curtailment of this project. According to him, this was due to a "tactical error" in the design of the aircraft and lobbying in Saudi Arabia for the interests of Airbus.