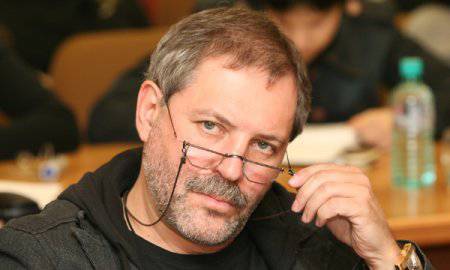 Of course, the separatist sentiments in Catalonia are strong. The universal song of all separatist regions is that they pay more than they get. When a crisis is pressing, when the central government is implementing austerity programs, this pressure gives a situation of direct distribution. It is clear that this will sharply worsen the situation of all countries that "chopped" their budgets. Moreover, in Spain, more than half of young people simply do not have a chance to find work. This is a sluggish disaster, and Catalonia is the most well-fed region of Spain. I will not analyze nationallyhistorical questions: they are not significant in this case.

When there is no bubble, there can be no unity

Two things are essential. First, large consolidated budgets of European countries are more likely to cope with the debt crisis than small and fractional ones. Whatever the Catalans do, the credibility of the Catalan budget, debts and obligations will be less than that of the general Spanish. And the credibility of Spanish debts in the case of the separation of Catalonia will also be less.

The second point: attempts to consolidate Europe under the slogan of fighting the crisis will not lead to its consolidation, but to its fragmentation. And if the Catalans can, then the Basque Country falls off. Next we have Scotland, Northern Italy and the collapse of everything that could fall apart. By the way, Greece will not fall apart. And in the end it comes to the fact that separatists will appear in France, despite the fact that France is a unitary state that has never thought about such a thing.

The meaning of coexistence in one country is as long as the concept of “great power” exists. It is clear that the Scots did in the British Empire, it is clear that the Catalans did in Great Spain. When the total fastening mission falls off, the welfare increase remains. That which cannot be taken as faith and value can be taken for money. And when there is no money, then - bye-bye, there can be no unity. The atomization of Europe is a direct, natural, absolutely logical and, in my opinion, extremely unpleasant consequence of the European crisis.

In a crisis, the one who does not go about populism loses

Now Catalonia is unlikely to separate, but sooner or later it will happen. The fact is that the degree of social tension in today's Spain is very far from what it will experience. As our domestic practice shows, the empowerment of regions of an economic nature in no way contributes to the strengthening of the country. This is just a step-by-step path to separatism.

There is a small anesthetic, that is, a softening thing that works for the time being. I say that there are no borders. Europe is one! And if it is one, then it would seem, why should we live in one country? The French live nearby, and the borders are transparent. The movement of goods, people and capital is free ... However, the movement of goods, people and capital will be free to a certain degree of destruction of markets. Recall, again, Soviet history. After all, then they also said that "we will go to Jurmala as before." But these are illusions, this did not come true, and the country became really different: barriers and everything else appeared.

In Catalonia itself, there are people who understand the costs to which independence leads, but their minority. I think that in the elites of this minority more, but in a crisis, those who do not go about populism lose. There is no political opportunity to oppose separatist sentiments. I generally have the impression that among the leaders of European separatists a much more sober attitude to these ideas than among their electorate. But where are they going to go? .. By the way, they have a restraining effect. After all, they could have thrown the slogan of independence, and he would have passed right away, but they require economic preferences.