Bayraktar Akinci - the future of the Ukrainian Air Force? 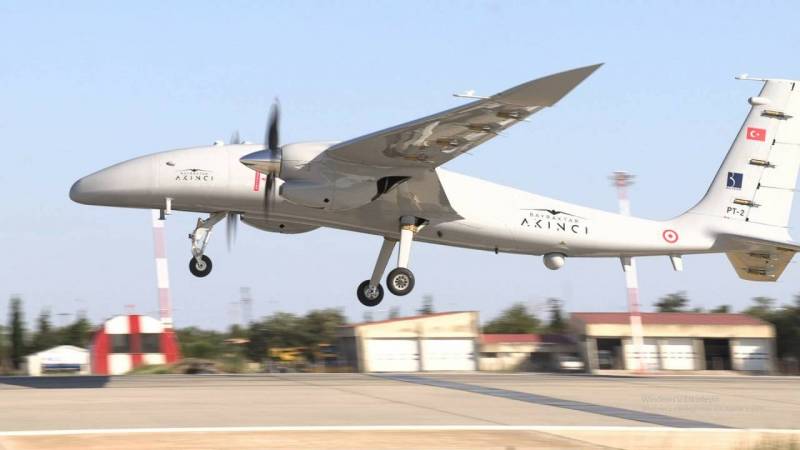 Recently, the Center for Analysis of Strategies and Technologies showed an interesting table where you can see the deliveries of combat and combat training aircraft of new production to the Armed Forces of the Russian Federation in 2008-2021. The country received the most cars in 2014 - 101 units. In 2020 and 2021, the same figures were 23 and 21, respectively. The total number of new aircraft for the entire indicated period is more than half a thousand units. 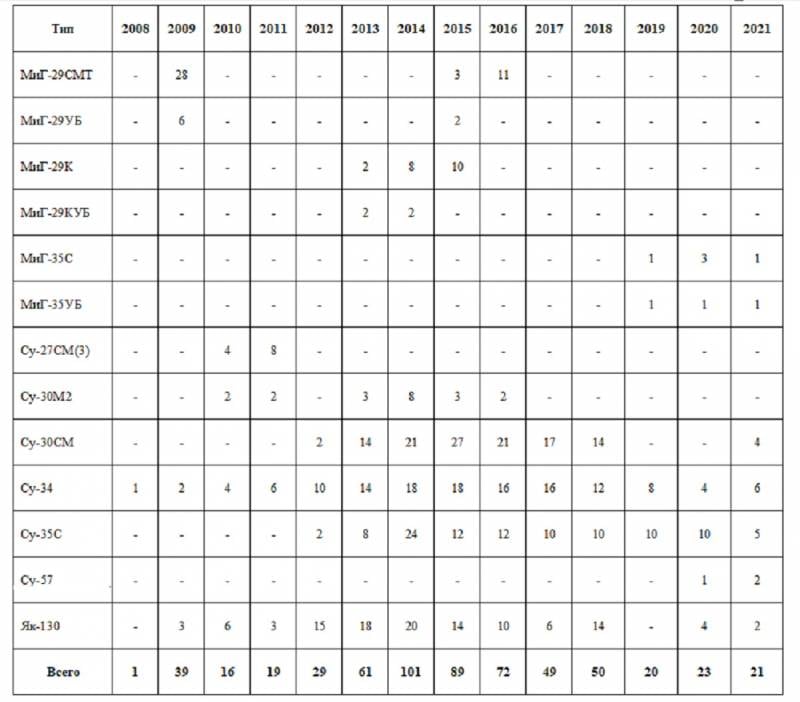 Perhaps someone will call these figures not optimistic enough, and the data for recent years is not very impressive, to put it mildly. However, there are countries in which everything is much worse in this sense. During the same period, the Ukrainian Air Force did not de facto receive a single new manned combat aircraft. In current realities, this sounds like a joke, but the problem (for Ukraine) is that this is real data.

To say that the old Soviet Su and MiGs does not make sense to use in modern warfare is once again pointless. Many articles have been written on this subject: there is experience (very negative) in the use of Ukrainian combat aviation at the height of the conflict in the Donbass, and there are figures of Russian aircraft losses during the war against Georgia in 2008.

It is also obvious that Ukraine is in no hurry to buy modern fighters fourth generation, although according to the plan approved by the Ministry of Defense of Ukraine the year before last, by 2030 at least two Ukrainian tactical aviation brigades should be completely re-equipped with new winged vehicles. By 2035, Ukrainian aviation should have from 70 to 100 modern multi-purpose machines: so far, no real steps towards rearmament have been made.

East will help us

Only the lazy did not talk about the purchase and use by Ukraine of Turkish strike operational-tactical medium-altitude UAVs Bayraktar TB2. Now this is a fait accompli. Another question is that a drone with a maximum speed of 220 kilometers per hour and a combat load of 50 kilograms cannot be considered as an alternative to large aircraft, no matter what anyone says. Perhaps this will be the novelty of the Turkish defense industry - the heavy UAV Akinci.

Recently, the Turks signed the first export contract for the supply of Akinci. The country is not specified, and we have no reason to believe that Ukraine became it. Meanwhile, Ukrainians are increasingly making it clear that they are interested in a new “drummer”. In early December, Ukrainian Ambassador to Turkey Vasily Bodnar posted on his Twitter account a mock-up of Akinci with Ukrainian identification marks and a significant caption: “For now, a mock-up, but I hope it will become a reality soon.” 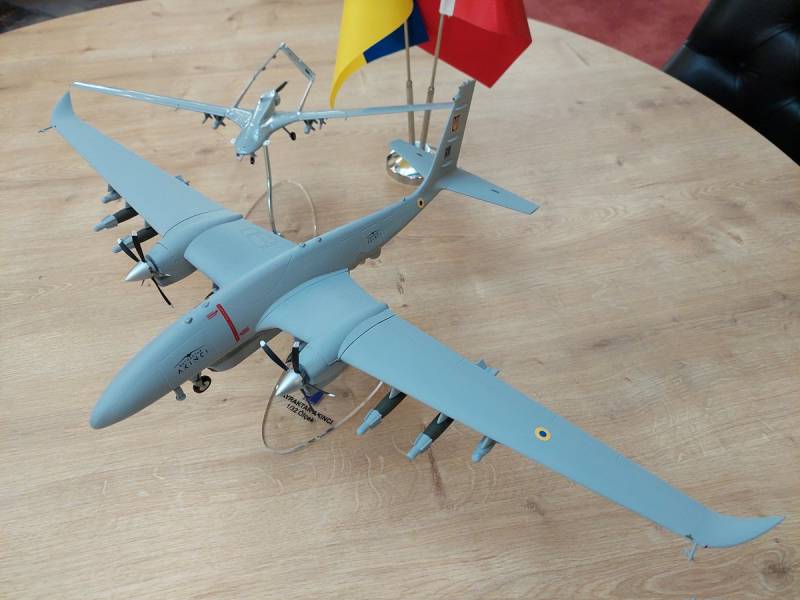 In addition, last fall, Ukrainian military observer Oleg Zhdanov noted that Ukraine could use Akinci in the Donbass.

I must say, the characteristics of the UAV look very decent:

The BLPA has eight (according to other sources - six) suspension points, on which it can carry a variety of weapons. This includes air-to-air missiles - Bozdoğan with short-range infrared homing and Gökdoğan with active radar homing.

The Turkish drone received a long-range SOM (Stand-off Mühimmat Seyir Füzesi) cruise missile with a range of 250 kilometers. In addition, the arsenal includes a huge number of small air-to-surface munitions, including the well-known MAM-L and MAM-T. 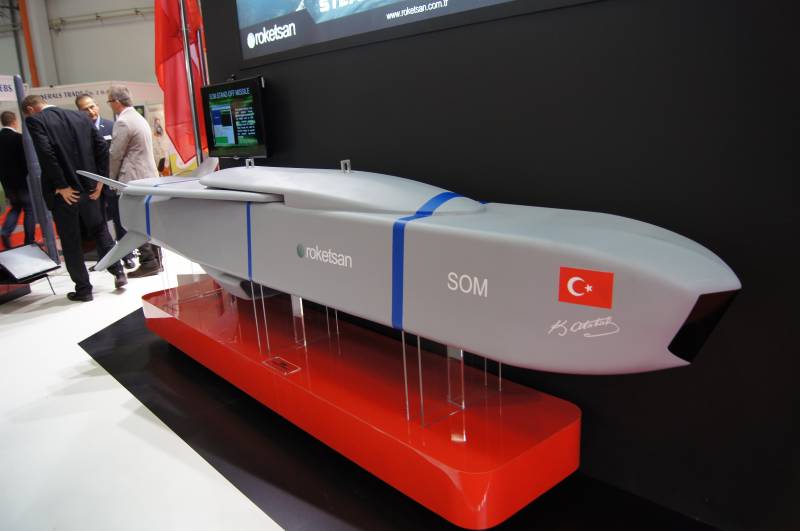 The combat effectiveness of the UAV is also designed to increase the radar with an active phased antenna array of Turkish production.

The obvious advantage of such a choice for Ukraine will be the already existing deep level of military-technical cooperation. De facto, Akinci is partly a Ukrainian development, because the Ukrainian AI-450T engines are the basis of its power plant. The Turks recently ordered 30 AI-450T engines for fifteen Akinci. This is the second such agreement. ZMKB Progress delivered 20 AI-450T engines to Baykar Savunma as part of the first to equip experimental and pre-production Bayraktar Akinci. 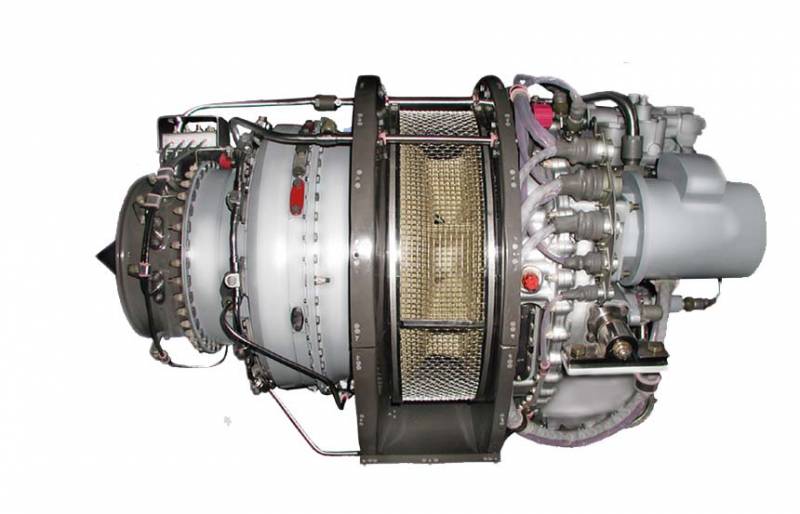 It is not known how long such cooperation will last. The Turks themselves wanted to install their own PD-222 developed by Tusas Engine Industries (TEI), however, knowing the difficulties of Turkish engine building, in practice this can be very, very far away.

An obvious plus for Ukraine is that this UAV already exists. Unlike, for example, the Bayraktar MIUS, which should also receive a Ukrainian engine, Akinci has been adopted by Turkey, although only a few copies have been built so far. 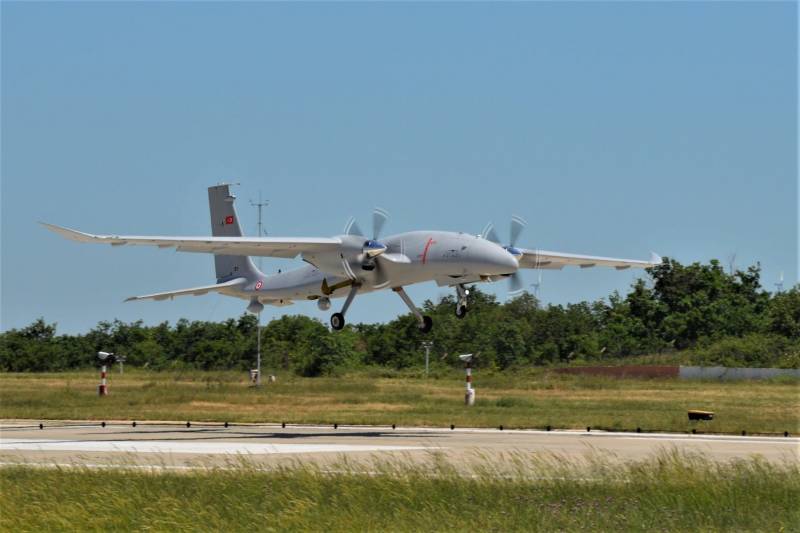 There is no doubt that, in theory, the Bayraktar Akinci will be able to hold its own in a dogfight. This, by the way, applies not only to the Turkish drone: the Orion recently shot down an aerial target with a guided missile. The distance was four kilometers. Meanwhile, in a real air battle, the difference between a low-speed UAV and a jet fighter will clearly not be in favor of the first. 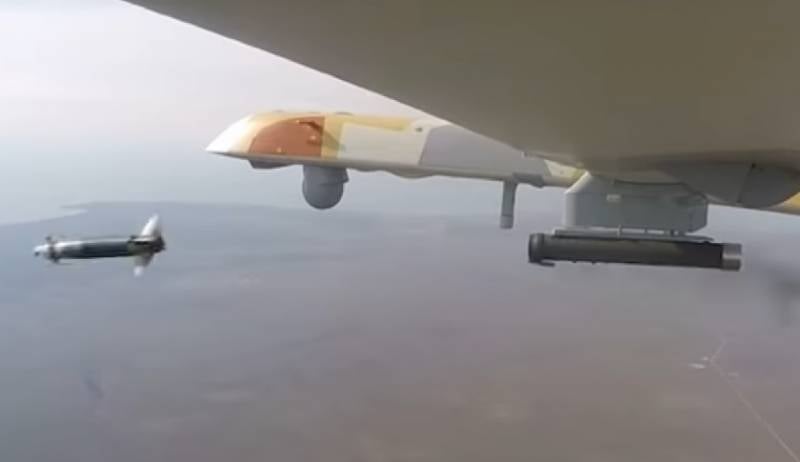 De facto, the drone was and remains a “convenient” target. Everyone remembers footage of the destruction of a Georgian UAV by a MiG-29 fighter in 2008, although that device was incomparably smaller and more difficult to detect. As for the Akinci, its dimensions are roughly comparable to those of a fighter, which can hardly be called an advantage.

It is likely that with the launch of large-scale production, the price of Akinci will decrease, and it will be comparable to the price of a modern attack helicopter or a not-so-modern fighter, but we will be able to draw exact conclusions only in the long term. So far, we can only state that the purchase of the Akinci UAV by Ukraine is unlikely to significantly affect its defense capability.

In a way it's repeating itself история with four Turkish corvettes purchased by Ukraine, which could be useful in the fight against an obviously weaker enemy, but are almost completely useless if we talk about a possible big war.