China decided to use the UAV to control the disputed islands 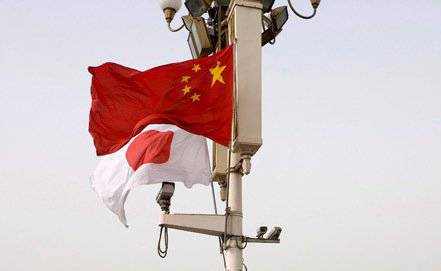 China intends to control the adjacent marine areas, including the disputed islands, by means of unmanned aerial vehicles (UAVs), the Central Oceanographic Office of the PRC reported on Sunday.

The UAV usage center will be located in Lianyungang, a coastal city in Jiangsu Province (East China). The system of UAV bases is planned to be created by 2015, the management representative said, ITAR-TASS reports.

The Diaoyu Islands are disputed by China and Japan, the Scarborough Reef (Huangyan) is the subject of a territorial dispute between China and the Philippines.

As the newspaper VZGLYAD previously reported, earlier on Sunday, China adopted the first aircraft carrier. They became the converted Ukrainian aircraft carrier “Varyag”, which was acquired by Beijing back in 1998. Last year, the aircraft carrier has already passed sea trials, in particular, made 10 exits to the open sea and conducted training with deck aircraft aviation.

The appearance of aircraft carriers at the disposal of China will significantly affect the alignment of forces in the region. In Tokyo in particular, they are watching with concern the expansion of Chinese fleet in the Pacific Ocean, especially in light of the recent escalation of the territorial conflict of Japan and China.