Radar "Don-2N" in the process of development 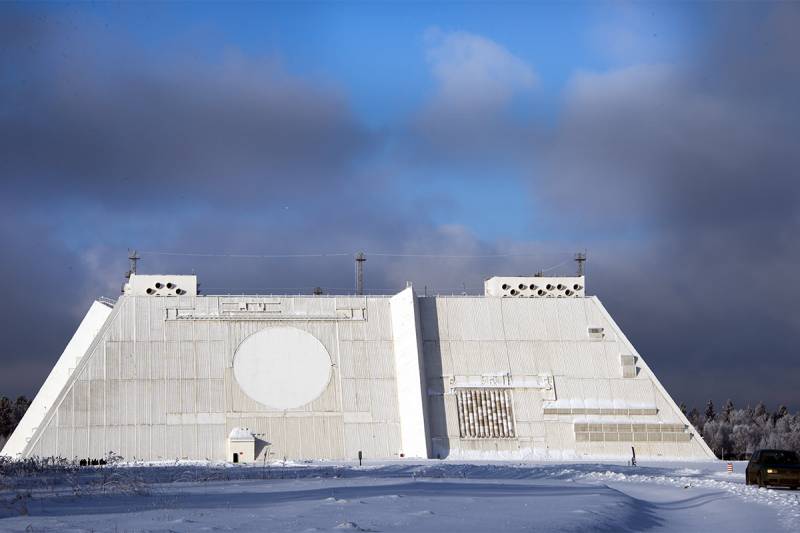 "The eighth wonder of the world" from the Moscow region

One of the main elements of the missile defense system in Moscow and the Central Industrial Region is the Don-2N multifunctional radar station. This object is often called the eighth wonder of the world - both because of its shape, reminiscent of another world landmark, and because of its high performance and wide possibilities. In addition, the radar has recently been upgraded, which improved its parameters and allowed it to continue uninterrupted duty.

The project of a promising stationary radar for use in the strategic missile defense of the capital region has been developed since the late sixties. He was faced with particularly difficult tasks, for the solution of which he had to concentrate the efforts of several industries. Thus, the new facility required radar equipment with outstanding range and altitude indicators, as well as a computer system with the highest performance.

By the mid-seventies, all the necessary technologies and solutions were found, which eventually led to the appearance of the final version of the project called Don-2N. In 1978, on a given site in the Moscow region, the construction of a future "combat" station began. An experimental version of the station was deployed at the Sary-Shagan training ground.

Radar in the final stages of construction
Construction, adjustment, fine-tuning and other processes continued until the end of the eighties. In 1989, the station was accepted into service. After the necessary preparation and a number of important events, in 1996, the Don-2N radar in its basic configuration took up combat duty. The personnel of the 9th missile defense division, which is part of the 1st air defense and missile defense army of the Aerospace Forces, is responsible for its operation.

Since then, the station has been constantly monitoring the situation in the air and near space and tracking a variety of objects. In the event of a full-scale conflict, it will have to detect an enemy missile attack in time, as well as ensure that anti-missiles are aimed at incoming warheads. In order to maintain and improve skills, various trainings and exercises are regularly conducted, both for Dona-2N crews and for the entire Moscow missile defense system.

In the process of modernization

A few years ago, it became known that a deep modernization of the station was being carried out in order to improve technical and operational characteristics. The project provided for the gradual and consistent replacement of various blocks of radio-electronic equipment with modern samples made on the actual element base. Receiving and transmitting equipment and computing facilities went under the replacement. It is important that the modernization was carried out without removing the radar from combat duty. Despite the successive updating of various elements, Don-2N continued to work.

In January last year, the Ministry of Defense announced the completion of the modernization of the transmitting and receiving parts of the radar. At that time, the station was being prepared for testing in a new configuration. Such events were to be completed in the near future, but the exact timing of the tests was not called. 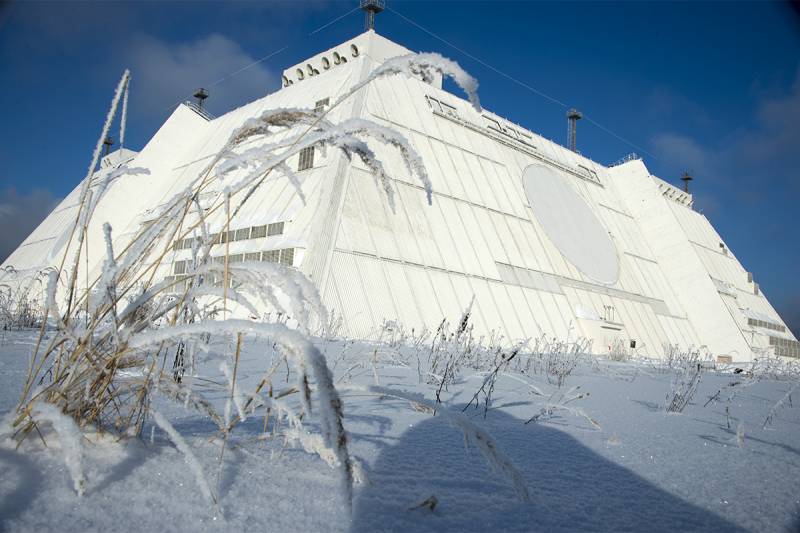 Recent ones news about the modernization of the missile defense system were received at the end of January. This year, the 9th Anti-Missile Defense Division is celebrating its 60th anniversary, and in connection with this event, the Krasnaya Zvezda newspaper published an interview with the division commander, Major General Sergei Grabchuk. He said that work on the deep modernization of Moscow's missile defense system would be completed in the near future. In fact, a new defense system will take up combat duty, corresponding to the challenges of the foreseeable future.

Unfortunately, the division commander did not disclose up-to-date information on the modernization of the Don-2N radar, which was previously being prepared for testing. In addition, the role of this station in the updated configuration of the missile defense system is not specified. Perhaps this kind of information will be revealed later.

"Don-2N" is a stationary all-round radar capable of monitoring the situation in the air and in near space. The station is also responsible for controlling missile defense firing systems and guiding interceptor missiles. The radar is designed to solve a number of complex tasks, which led to the formation of a special look and composition of equipment.

Externally, the Don-2N radar is a structure in the form of a truncated pyramid measuring approx. 140x140 m, more than 30 m high. Apparently, there is also an underground part, the dimensions of which cannot be estimated. On the inclined surfaces of the pyramid there are fixed active phased arrays - they are covered with radio-transparent round covers with a diameter of approx. 18 m 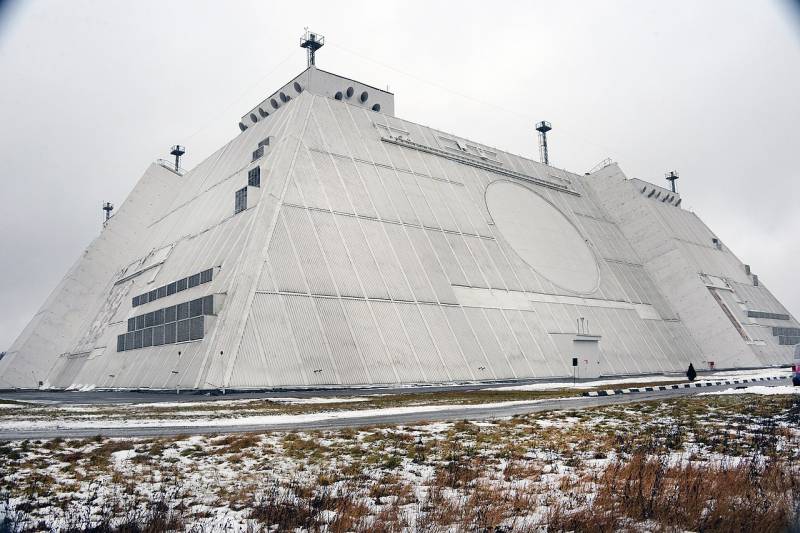 According to known data, the station operates in the centimeter range. The design and placement of the APAA provide a circular view in azimuth within a wide range of elevation angles. In the basic configuration, the radiated pulsed power of the station reached 250 MW. The detection and tracking of missile warheads at a distance of 3700 km was ensured. The detection of other targets, depending on their parameters, was carried out at altitudes up to 40 thousand km. During one of the experiments, the station spotted a metal ball with a diameter of 50 mm from a distance of 500-800 km.

Data processing was initially carried out by the Elbrus-2 computer. Such a supercomputer could track about a hundred different targets and separate warheads and decoys. Elbrus-2 also developed commands for firing systems and provided guidance for anti-missiles - up to dozens in one salvo.

Previously, it was repeatedly reported that the modernization of the radar will affect the actual radar facilities and computing power. The station was equipped with modern devices and units with improved performance, as well as with reduced dimensions and reduced power consumption. All this made it possible to optimize the performance and operational characteristics of the radar.

However, the exact composition of the new equipment and the resulting increase in parameters were not disclosed. Apparently, now the Don-2N can detect targets at a greater distance and with improved accuracy, as well as calculate routes faster and better and provide data to fire weapons. 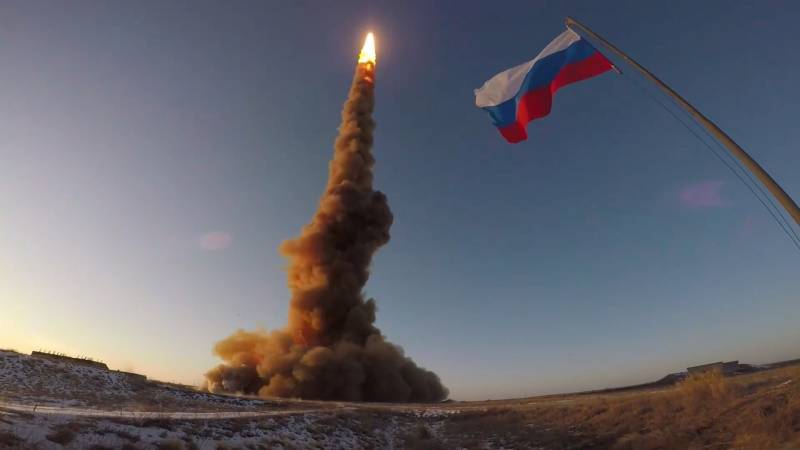 Promising anti-missile. "Don-2N" will manage such products
It should be recalled that the modernization of the Don-2N station was carried out in parallel with the further development of other means of anti-missile defense and attack prevention. This means that the radar must effectively interact with all old and new missile defense components. In particular, now she will have to work in the same network with other stations for various purposes and form an overall picture.

In the course of general missile defense modernization programs, the development of firing systems is carried out. Thus, the existing anti-missile was modernized, and soon a new model will be put into service. It is also expected that fundamentally new anti-missile and anti-satellite defense missiles will appear. Apparently, these weapons will again be controlled by Don-2N.

Combat duty of the Don-2N multifunctional radar has been going on for more than a quarter of a century. Currently, measures are being completed to modernize it and extend its service life, thanks to which it will be able to continue working in the future, for a long time. The station, together with other modern radars, will monitor the situation in the surrounding space and timely identify potential threats, as well as respond to them in accordance with its functions.

It should be noted that the modernization of the Don-2N station is not the only current measure towards the development of strategic missile defense. In parallel, the construction of new radar stations is being carried out, promising anti-missiles are being developed and tested, etc. All this means that missile defense will continue to improve and increase its capabilities - with clear positive consequences for national security.