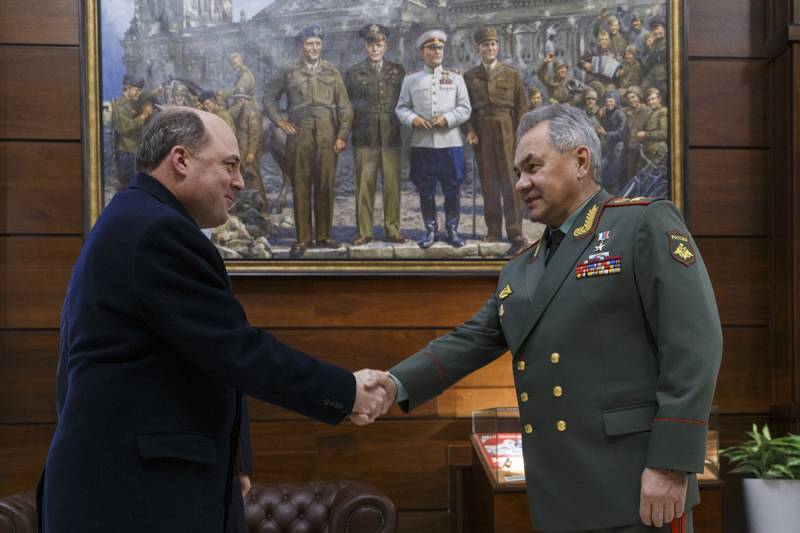 Defense Minister Sergei Shoigu and his colleagues in the defense department met with a delegation of the British Ministry of Defense that arrived in Moscow. The head of the British delegation was the head of the military department of the United Kingdom, Ben Wallace. It is noteworthy that Wallace arrived in Moscow immediately after his government colleague, British Foreign Minister Liz Truss.

Wallace, at least from the footage released by the defense department, was in the mood for dialogue. Or Wallace more skillfully concealed his, to put it mildly, unfriendly feelings than the "expert in geography" Mrs Truss ...

In official photos, you can see the handshakes and smiles that accompanied the meeting of the Russian minister with the British one. Moreover, the handshake took place against the backdrop of a canvas depicting the allies in World War II at the defeated Reichstag.

Sergei Shoigu greeted Ben Wallace with the delegation in Moscow, noting that in any case, dialogue is always better than its complete absence. At the same time, the head of the Russian Ministry of Defense pointed out that tensions in Europe are growing, adding that Russia is not at all responsible for this.

The head of the Russian Defense Ministry stressed that before the meeting he carefully read the statements of his British colleague and came to the conclusion that these statements were not constructive. Sergei Shoigu pointed out that the British minister is using common Western rhetoric about sanctions and other threats.

During the conversation, the head of the Russian defense department called on the British side to make a significant contribution to the cause of security in continental Europe and refuse to supply weapons to Ukraine.

I would also like to understand why Britain is sending its special forces to Ukraine, and how long will it be there?
The head of the Russian Defense Ministry reminded Ben Wallace of how NATO countries "pumped up" weapons Afghanistan, and as a result, almost all of these weapons ended up in the hands of terrorists.

Ben Wallace, after listening to his Russian colleague, noted that this was the first meeting at such a level in several years. According to Wallace, it is necessary at the ministerial level to "fight the security problems in the world." The Minister of Defense of the United Kingdom noted that he hopes that "virtually zero relations between countries, which have been until now, will cease to be such."
Wallace:

We are ready to discuss some of the issues that the Russian side raised in the draft document handed over to NATO. We can and are ready to move forward. We are ready for diplomacy to build confidence.
According to Wallace, Britain and Russia have common ground, common interests, including the possibility of influencing migration, the situation in Afghanistan, and issues that would help reduce tensions. 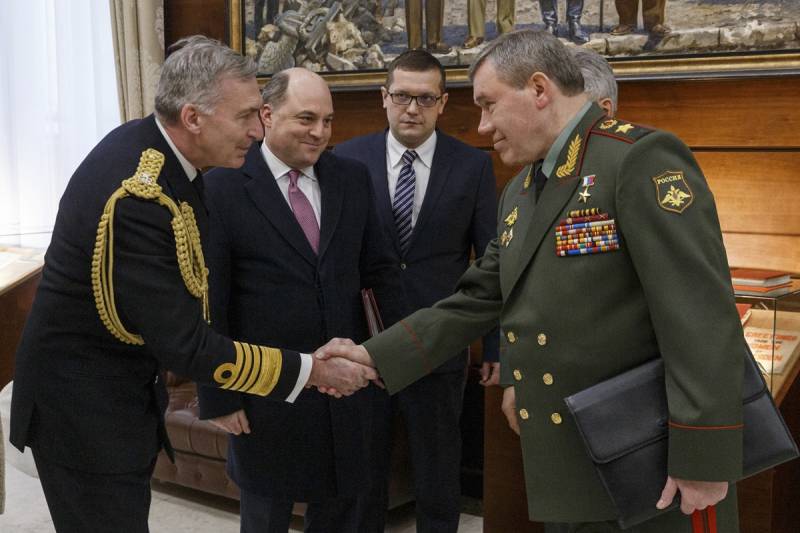 Wallace noted that he and the delegation laid a wreath at the Tomb of the Unknown Soldier. According to him, he did it as a former soldier:

I know how many soldiers died in the war, and I don't want soldiers to die today and in the future, including in Europe.