Is the epic with the replacement of "Corn" coming to an end? 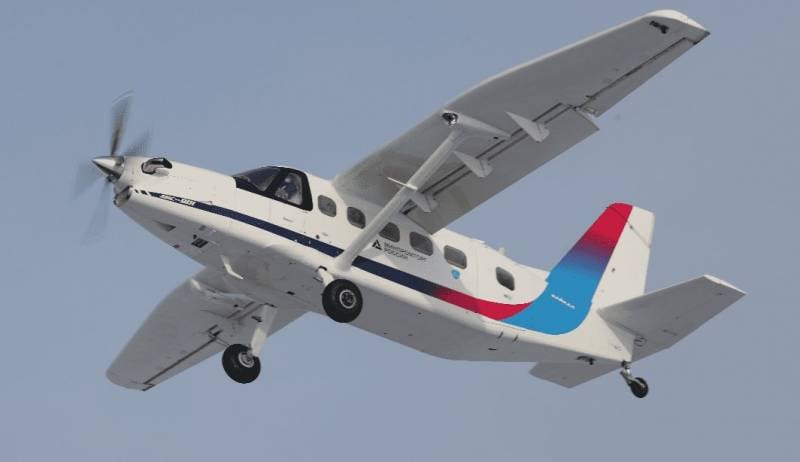 LMS-901 "Baikal" makes its first flight, photo: Ministry of Industry and Trade of the Russian Federation

Aviation for Russia is of paramount importance. The state, which ranks first in the world in terms of area, is simply forced to rely on air transportation, especially in hard-to-reach and remote areas. All the more surprising is the situation with the state of affairs in the regional Russian aviation. The industry has been dormant for many years.

The aircraft fleet of small regional aviation has largely remained unchanged since the existence of the USSR. Many planes have been flying for more than 30 years, and this is not so bad. Some of the machines used by small aircraft have not been produced for a long time. With others, such as An-24 and An-26, there are difficulties in repair and restoration work due to difficult relations between Russia and Ukraine.

The specifics of the Russian airfield network also leaves its mark. Approximately 80 percent of Russian airfields for small aviation have an unpaved surface, for regional ones - about 60 percent. Based on this alone, neither the developed IL-114, nor the existing Sukhoi Superjet 100, can be considered regional. In the Russian regions, these planes simply will not land anywhere.

So it turns out a vicious circle, when the basis of small and regional aviation is still made up of the surviving An-24 and An-26, and the worker An-2, which has been operated in our country since 1947. In part, the problem was solved by completely localizing in 2018 the production in Russia of the 19-seat multi-purpose twin-engine aircraft L-410, the L 410 UVP-E20 and L 410 NG versions of which are being produced today in Yekaterinburg on the basis of the Ural Civil Aviation Plant (UZGA). But with the replacement of the An-2, the situation is more complicated.

Many people between the ages of 30 and 60 managed to catch the era when "small aircraft" in Russia still flew not only to the most remote villages in the middle of nowhere. In many ways, they were familiar with this aviation precisely from the An-2 worker aircraft, which was actively used both in agriculture and in the national economy, worked on local airlines and was actively used by DOSAAF. 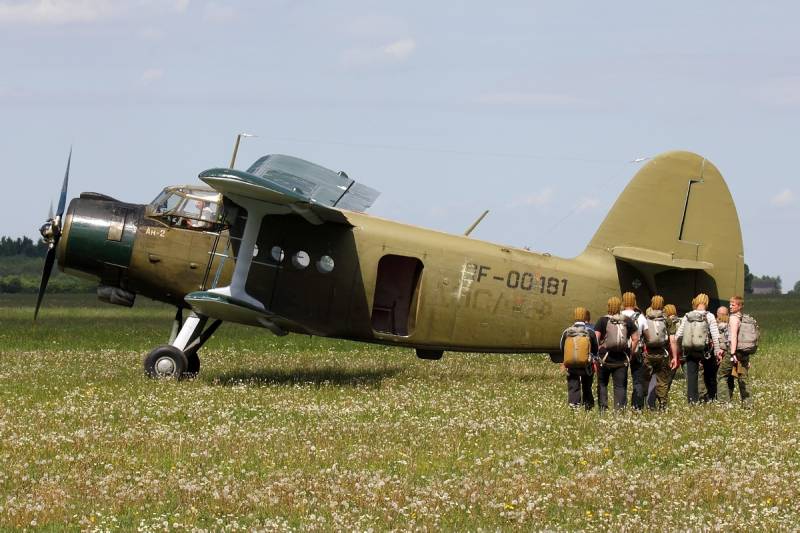 Paratroopers and An-2, photo: wikimedia.org, Igor Dvurekov
Many managed to fly on the An-2 plane on regional routes between cities and villages, which are very long and inconvenient to get to by ordinary ground transport. The aircraft was actively used in the European part of our country. Someone caught the An-2 as the plane from which he jumped with a parachute for the first time in his life. At the same time, the younger the inhabitants of Russia, the less likely they are to meet the An-2 in any form of its use.

Today we are witnessing a paradoxical picture. In a huge country, there is, in fact, only one high-speed railway line between Moscow and St. Petersburg. If even 50-60 years ago residents of Tver, Ryazan or Tula could get to the capital by small aircraft, now they are forced to travel either by road or by train, spending much more time.

Despite all the obviousness and importance of small aircraft for Russia, the work to replace the An-2 in our country is constantly stalling. Several years ago, Kommersant, citing calculations made by the State Research Institute of Civil Aviation, wrote that by 2023, 79 percent of aircraft in general aviation would be out of service.

This is happening in a situation where for residents of 28 Russian settlements, airplanes are the only available mode of transport. In 15 regions of Russia, regional aviation is the main component of the transport system. At the same time, up to 90 percent of the aircraft on these routes are still old An-2s.

Attempts to build a "new" An-2 were made repeatedly

It is obvious to everyone that the An-2 needs to be changed, but this process seems to be resolved only at the moment when the situation with small aircraft becomes truly critical. Serial production of the An-2 in the USSR ceased in 1971. But the roughly 300 aircraft remaining in service are still actively operated in Russia. 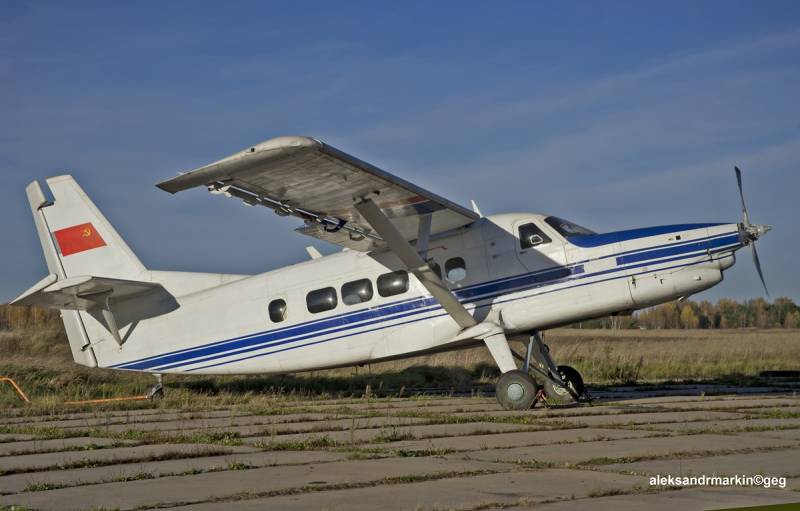 Multi-purpose transport aircraft T-101 Grach, photo: wikimedia.org, Alexander Markin
Numerous attempts to replace the An-2 were made many times. At the same time, all these aircraft are similar to each other like twin brothers, including the new LMS-901 Baikal, which first took to the skies in January 2022. Nobody proposed any fundamentally new schemes or unusual technical solutions, if we do not take into account the idea of ​​building a composite aircraft.

The situation is somewhat absurd. The pre-war Soviet project SAM-10 of 1938 in a number of parameters surpassed not only the An-2, but also all options for its replacement. It was a low wing monoplane with good aerodynamics and retractable landing gear. Thanks to this, the speed of the aircraft reached 350 km / h.

The first attempts to replace the An-2 were already made at the very beginning of the 1990s. Then, on an initiative basis, the Roks-Aero enterprise, together with MAPO MiG, created the Russian multi-purpose transport aircraft T-101 Grach. The plane, which took off in 1994, never reached serial production. Moreover, the backlog of assembly kits (20 units) of the T-101 Grach aircraft was purchased by the ASA-Aerodesign company, which was ready to launch a new replacement for the An-2, the Viscount V100 aircraft, on the market. But this project, apparently, ordered a long life.

They swung at our William Shakespeare in Novosibirsk too. The Chaplygin Siberian Aviation Research Institute has been promoting two options since the early 2010s. The first one is as simple as possible - TVS-2MS, which was a remotorized An-2. It was an An-2 variant with a new Honeywell TPE331-12UAN engine running on aviation kerosene. 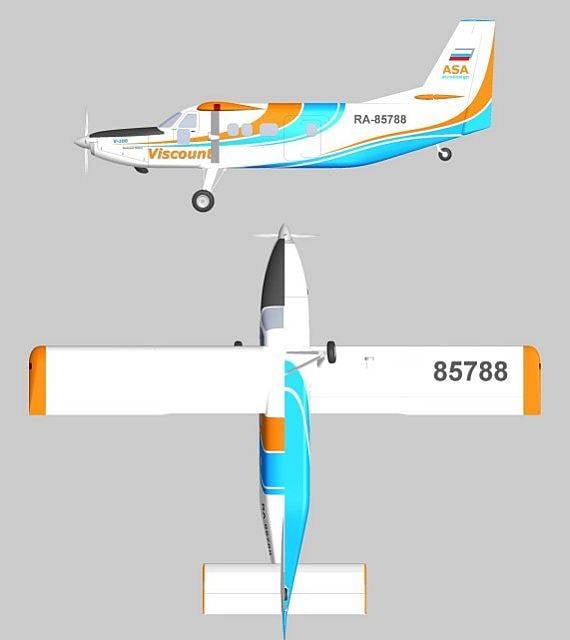 Aircraft Viscount V100, image: oskbes.ru
The second option, like the An-2, was a biplane with the same American Honeywell TPE331-12UAN engine with an 1100 horsepower. with., but with an all-composite body structure made of carbon fiber. The aircraft almost reached serial production, which they wanted to start as early as 2021, but suddenly in 2019, the Ministry of Industry and Trade realized that putting into production a car with an American engine, Russian analogues of which do not exist in nature, and using imported composite materials, is not the best idea in existing realities.

Against this background, the LMS-901 Baikal aircraft has been officially designated as a new hope for Russian small aviation. The aircraft is designed as a machine for local airlines and will be able to perform a wide range of aviation tasks, in addition to passenger ones. In the future, it is planned to equip it with a domestic VK-800S turboprop engine with a take-off power of 800 hp. With. Experts doubt that modifications with it will be certified before 2025. Until then, the aircraft, most likely, like the Russian L-410s, will be equipped with the Czech General Electric H80-200 with American roots.

In the future, the aircraft should depend less on imported components, the power plant and the composite materials used should become domestic. It is assumed that the new aircraft should surpass the An-2 in everything. Its cruising speed is declared at the level of 300 km / h (for a classmate Cessna 208, which has been flying since 1982, it is 340 km / h). The maximum flight range is up to 3000 km, with a maximum load of two tons - up to 1500 km. The maximum capacity is 9 passengers.

So far, the following performance characteristics have been announced for the LMS-901 Baikal: maximum takeoff weight - 4800 kg, empty weight - 2040 kg. Wingspan - 16,5 meters, wing area - 28,7 m2, the length of the aircraft is 12,4 meters, the height is 5,5 meters. The claimed takeoff run is 250 meters and the landing run is 230 meters. At the same time, the developers cut the sturgeon and reduced the use of composite materials. The balance between traditional and composite materials should help the aircraft to be used even in difficult conditions, where the dirt strip is a boon. 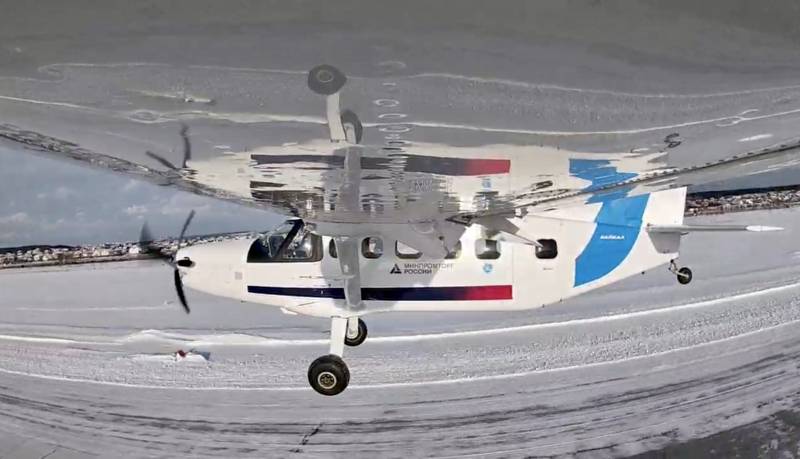 LMS-901 "Baikal" during the first runs and approaches, photo: uwca.ru/
Of the interesting features that neither competitors nor any aircraft in principle have is the rescue system. It looks ordinary for one person, but extremely unusual for an aircraft weighing under five tons. The plane is planned to be equipped with a parachute. This was told to the journalists of Komsomolskaya Pravda by the developers of the aircraft. The aircraft project commissioned by UZGA was completed at the Moscow Aviation Institute (MAI).

It is planned that the crew will use a parachute if there are no other options to save the situation. In such a situation, the pilot stops the engine, if he is not already up, and starts the rescue system. The parachute system was located in the tail of the aircraft. According to the developers, the main problem was to create a system that would not destroy the aircraft itself at the time of the release of the parachute.

Knowing the whole background with possible replacements for the An-2, it is not the LMS-901 Baikal project itself that causes concern, but how and who will implement it. The cost of one aircraft is estimated at 120 million rubles (about $1,6 million at the current exchange rate). The cost was determined in 2020 prices. Knowing the rate of inflation in Russia, as well as the rise in world prices for everything in the world: from aluminum to timber, one cannot believe the cost of the aircraft laid down by the Russian government at all.

But this, as they say, is not so bad, for the purchase of an aircraft in the state, if it is very necessary, they will find money, but there are already questions with the production itself. The aircraft, which is planned to be fully certified in 2023, is going to be assembled not in Yekaterinburg at UZGA, but at a new plant, which is specially going to be built from scratch in the Komsomolsk TOR in Komsomolsk-on-Amur. 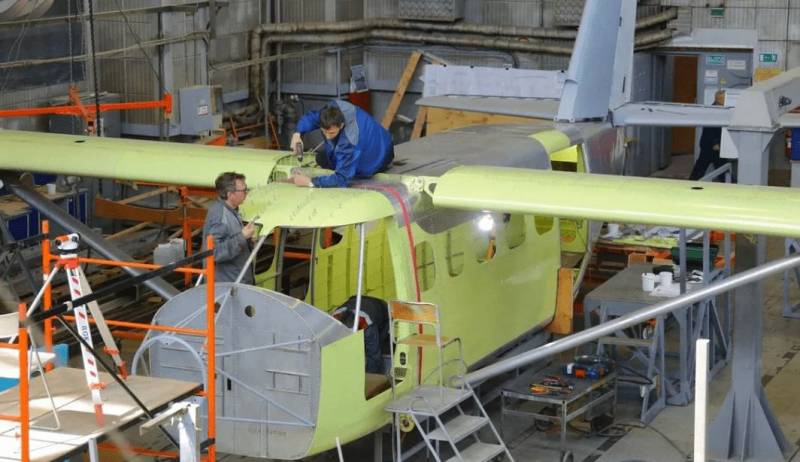 The process of assembling the aircraft LMS-901 "Baikal", photo: Ministry of Industry and Trade of the Russian Federation
In the Far East, they plan to build an aviation center for regional and unmanned aviation. In 2022-2024, it is planned to build an assembly and testing center here, as well as an aviation training center for the training of flight and technical personnel. Representing the specifics of all Russian construction projects in the Far East (hello to Rogozin and the Vostochny cosmodrome) and taking into account the shortage of labor and serious logistical problems in this region, it becomes alarming in advance for the fate of the next An-2 replacement.