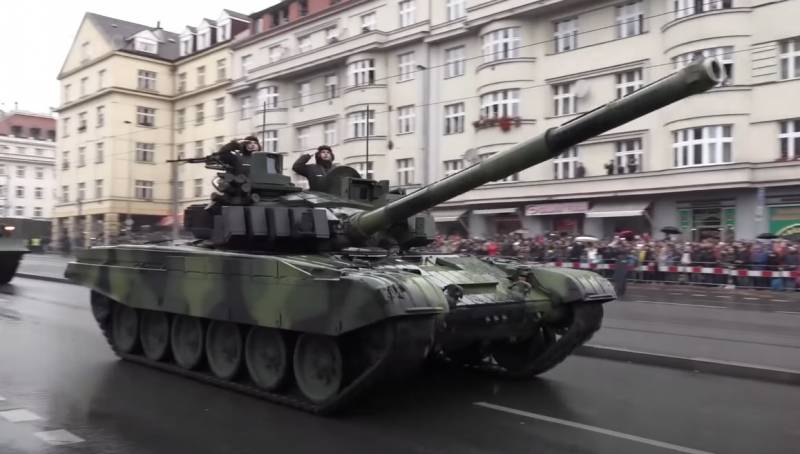 The plans of the Czech Ministry of Defense to purchase new infantry fighting vehicles to replace Soviet equipment are currently in big question due to a change of government, economic difficulties and a growing budget deficit.

Against this background, various options for modernizing the army are proposed: switch from BVP-1 to armored vehicles or completely put aside the BMP upgrade program, focusing on the revival of the tank fleet.

Present tank The "armada" of the Czech Armed Forces consists of only one battalion of improved T-72M4 CZ (but only a few of them are fully operational), and a number of non-modernized T-72M1s, which is a rather sad situation for an army that in its [Soviet] time could boast hundreds of MBTs
- indicated in the publication CZDefence.

At the same time, the author questions the judgment that tanks are an anachronism on the modern battlefield. According to him, the recent war between Armenia and Azerbaijan or the fighting in eastern Ukraine clearly showed that MBTs are capable of performing all the tasks assigned to them, despite the emergence of new threats - advanced anti-tank systems and attack drones. Tanks still have undeniable advantages - powerful weapons, durable armor and high maneuverability over the most difficult terrain, while maintaining their relevance.

The author is surprised at the low sales of tanks on the modern world market, although he notes that Russia and China are still buying new vehicles in large batches. The armies of developed Western countries also retain their "armored fist". Against this background, Czech troops continue to operate the "obsolete" T-72.

Even the Gulf War fully exposed all the sores of this old Soviet type (inadequate placement of ammunition, not quite optimal space for the crew, lower level of armor protection, etc.)
- indicated in the Czech press. 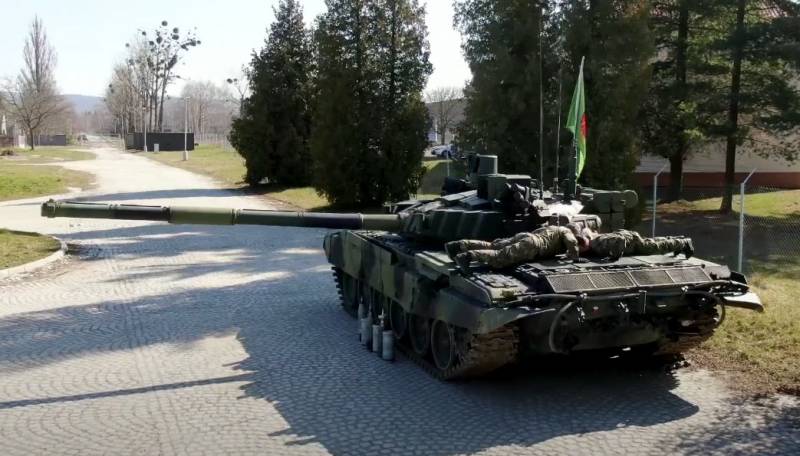 At the same time, even the improvement of the MBT to the level of the T-72M72 CZ could not correct the “shortcomings” in the technical concept of the T-4, which, according to the author in the Czech press, still deserved high praise compared to other modernization options:

Czech tanks T-72M4 CZ are clearly not the youngest, but it would be a mistake to perceive them as museum pieces. It is important that they remain at our disposal. With their help, you can solve tasks for the defense of borders.
According to the current plans of the Ministry of Defense, in the course of restoring the fleet of these tanks, they must undergo a technical re-equipment procedure by 2025 (27 T-72M4 CZ, 3 command T-72M4 CZ and 3 VT-72M4 CZ BREM), having received new components of the SLA (the breakdowns of which are the main cause of the failure of machines) and communication systems. This will allow them to remain in service until at least 2030.

The acquisition of new tanks, of course, would be the ideal solution. Simply because they will be new, with sufficient wear resistance, and therefore with a long-term service perspective.
- explains the author in the Czech press.

However, he believes that, despite the apparent abundance of choice, it will actually be narrowed down to two cars. Buying new tanks from Russia and China is not possible for political reasons. Developing countries offer "obscure types" of technology. American Abrams are "extremely heavy and therefore difficult to operate". There are only two options left - the German Leopard 2A7 or the South Korean K-2.