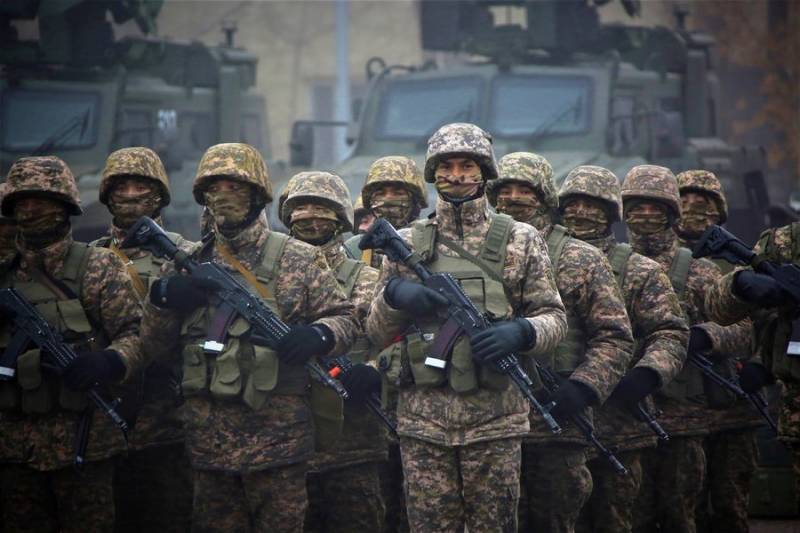 Kazakhstan plans to launch licensed production of Kalashnikov assault rifles. As reported on the website of the Ministry of Industry and Infrastructure Development of the Republic, the production of automatic rifles will begin this year.


Kazakhstan is launching licensed production of Kalashnikov assault rifles in two calibers at once. It is planned to produce AK-12 caliber 5,45 mm and AK-15 caliber 7,62 mm. The volumes of the planned production are not reported, it is also not yet known whether the republic will produce machine guns for export following the example of India, or will it limit itself to deliveries to its army.

The production site for the production of AK will be one of the largest enterprises in the machine-building industry of Kazakhstan - the Tynys plant, which is part of the Kazakhstan Engineering company, located in the Akmola region of the republic.

During the year, Kokshetau plans to start production of Kalashnikov assault rifles of the 2015 model
- the press service of the ministry says.

The fact that Kazakhstan intends to launch licensed production of Kalashnikov assault rifles was reported last year. In general, within the framework of the MAKS-2021 international air show held in July, a number of contracts and agreements were signed between Russian and Kazakh companies, providing not only for the production of AK-12 and AK-15. According to the ministry, Kazakhstan intends to produce a new LMS-901 "Baikal" light-engine aircraft, which is replacing the An-2 "Kukuruznik", to assemble Mi-171Sh helicopters, to launch the production of ammunition, although what calibers are not indicated.

In addition, Kazakhstan is implementing several more projects related to Western companies, in particular, it is creating a service center for servicing Airbus aircraft.