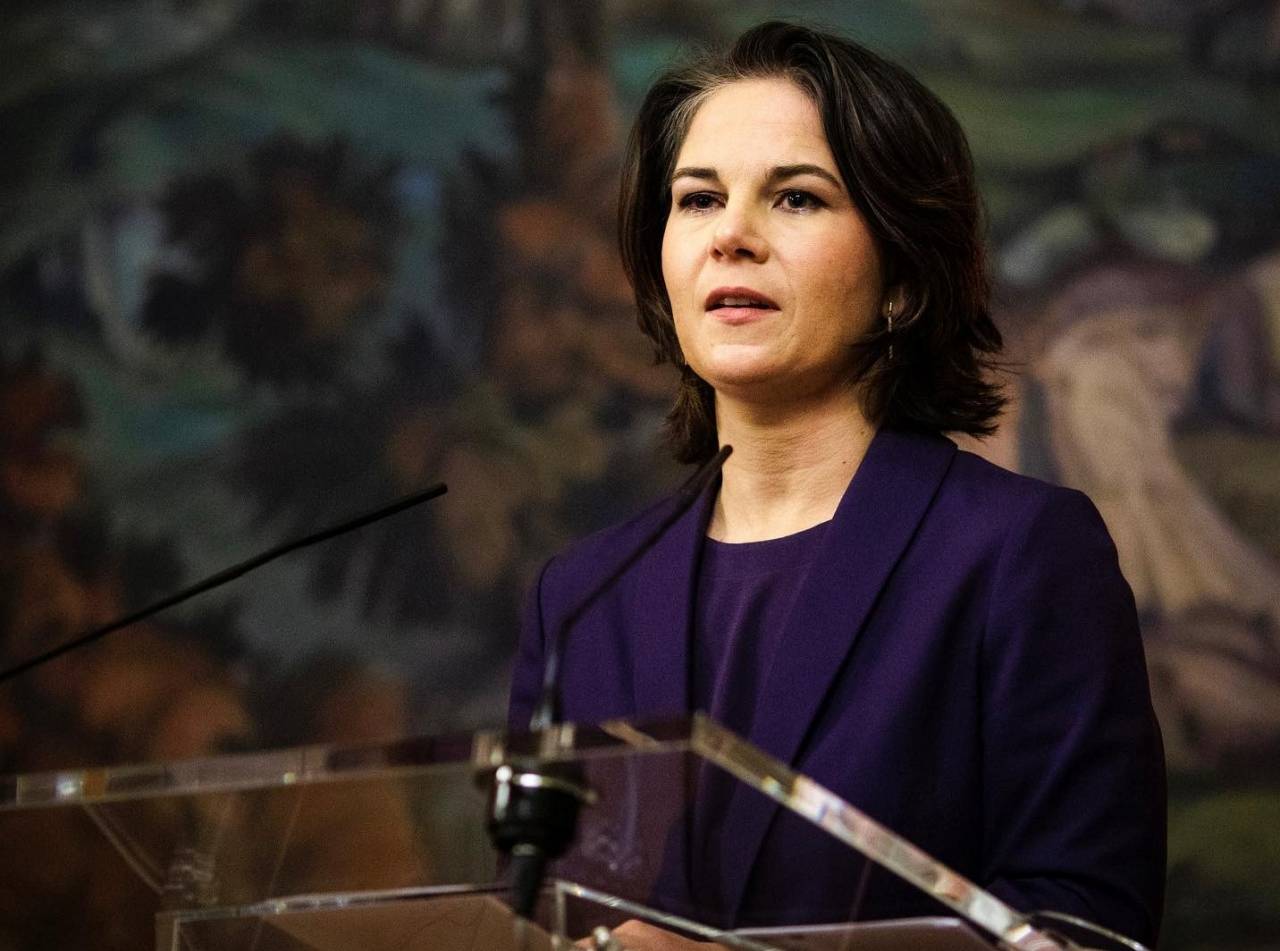 At some point, Germany could well have expected that Angela Merkel, the aged Frau, whom everyone already called Mutti, something like the Russian “mother”, would be replaced as Federal Chancellor by another Frau, the young and assertive Annalena Burbock. From the party of environmentalists, that is, "green", if not at all "dark green".

However, it did not work out - the "green" wave almost vanished, and did not have time to gain sufficient strength. Sufficient for one of the leaders of the ecological alliance - the coalition "Union 90 / Greens" to become the political leader of the FRG.

Frau Berbock, who has recently crossed the line of her 40th birthday, famously ousted the environmental co-chairman Robert Habek, leaving him internal party affairs, and performed worthily in the last elections to the Bundestag. The success of the "greens" is also largely her personal merit, as well as the way she managed to come to an agreement with the Social Democrats and free, also democrats.

These eternal outsiders of the third millennium, only in partnership with its movement, could hope to finally push the Christian Democrats out of power. But it is clear that for Angela Merkel, who was leaving, and for a whole year and even more in time, there could be no question of the “green” Burbock becoming her heiress.

She did not, at the moment, German politicians agreed on the Social Democrat Olaf Scholze, although he was listed as a substitute for a long time. Scholz, and in a coalition with him, A. Burbock, who received a foreign affairs agency, were in a sense lucky that there were talks about Merkel's resignation from the post of chancellor for almost three years. During this time, her Christian Democratic Union CDU lost its leading position.

To begin with, almost in all federal states, and he certainly could not count on a convincing victory in the elections to the Bundestag. Burbock and Scholz were also lucky in that the Frau Chancellor's direct heirs were plagued by failure.

Thus, Merkel's almost unambiguous successor Friedrich Merz, who was once Angela Merkel's rival, seems to have not got rid of the "forever second" complex in two decades. He was not helped by his tenure as chairman of the CDU.

Well, Armin Laschet, who replaced Merz at the head of the CDU, disgraced himself during a trip to North Rhine-Westphalia - to the site of a terrible flood on the Rhine. It is clear that Laschet's "smirk" could not but strike at the positions of the party as a whole. Although the potential alliance of the CDU with the Social Democrats was already unlikely.

Real diplomacy for internal use

It is impossible not to pay tribute to Annelena Burbock - she did not stoop to play on the feelings of the Germans, but she nevertheless brought the “liquidation” of Laschet to the end. She went on to criticize him for not understanding foreign policy and being so soft on Russia.

Arguments against Nord Stream 2 and A. Laschet's failure to demonstrate a pro-European course were also used. At the same time, the German Greens and personally Burbock are credited with a timely alliance with the Social Democrats. What Angela Merkel lost - the support of the moderately conservative part of the electorate, was immediately picked up by the "greens".

And it seems that now it is in their hands that informal, or rather, moral leadership in the ruling coalition is concentrated. And an additional factor in favor of such a scenario was the rather long-standing decision of Angela Merkel to curtail Germany's large nuclear program. 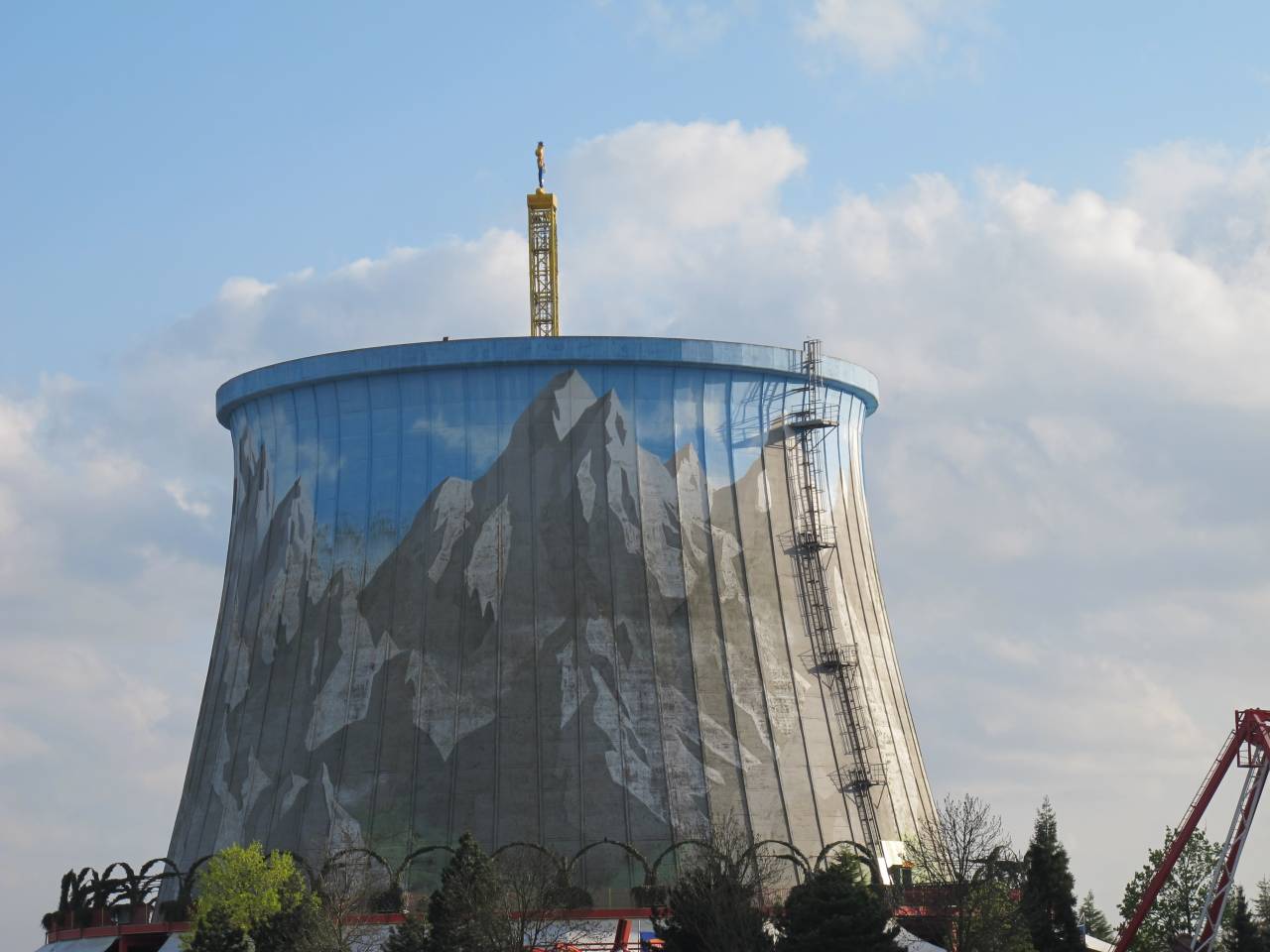 This is what most of Germany's nuclear facilities look like today
It is interesting that right now, when the “greens” are in power, Germany is preparing for a nuclear turn, or rather, at least to keep the remaining nuclear power plants in operation. It is no longer possible to exclude the resumption of their construction and the participation of German firms in the resuscitation of the "Iranian atom".

In Germany, many experts and politicians do not hide their satisfaction with the fact that everything is moving towards the recognition of nuclear energy as "green", at least in part. But the Minister of Foreign Affairs of Germany, A. Berbock, prefers to remain silent on this matter, the situation allows.

However, it was not worth expecting from A. Burbock anything other than the rejection of "green" fanaticism in favor of pragmatism. In the Greens / Union 90 association, she, together with R. Habek, has always represented not a radical, but a moderate wing - the so-called "realos".

"Realos" hardly get along with "fundis" - radicals and opponents of participation in the government. However, this weakness of the environmental movement, which, due to the contradictions of traditional parties, claims absolute political leadership in Germany, its opponents have not yet been able to take advantage of.

Where did it grow

By the time of German reunification, Annelene Burbock was not yet 9 years old, but she had already managed to take part in anti-nuclear demonstrations and even in human chains. Of course, together with politically active parents - she was born in Hannover in an intelligent family. Her father is a mechanical engineer, her mother is a social educator or just an educator.

A. Burbock has a good education - the Humboldt School, a year of exchange studies in American Florida, then - the study of public law and political science at the University of Hamburg and the London School of Economics. In parallel - active sports, medals at the national championships in trampolining.

She, despite her age, is already a very experienced politician - almost nine years in the Bundestag and many years of work in European structures. Party activities in the Greens team began with Annalena in her youth, with the distribution of leaflets and street agitation.

The fact that Burbock is a woman, moreover, a young one, in the realities of the XNUMXst century, is more an advantage than a disadvantage. In addition, again, the Germans not only liked the experience with Angela Merkel in the lead, they, judging by all the polls, liked Margaret Thatcher, Theresa May, and female American secretaries of state.

In Burbock's favor, the fact that she is married and has two daughters also speaks. And the reputation of the queen of the talk show, where Burbock's emotions sometimes shocked not only the audience, but also the hosts, is also not yet an obstacle in her political career. 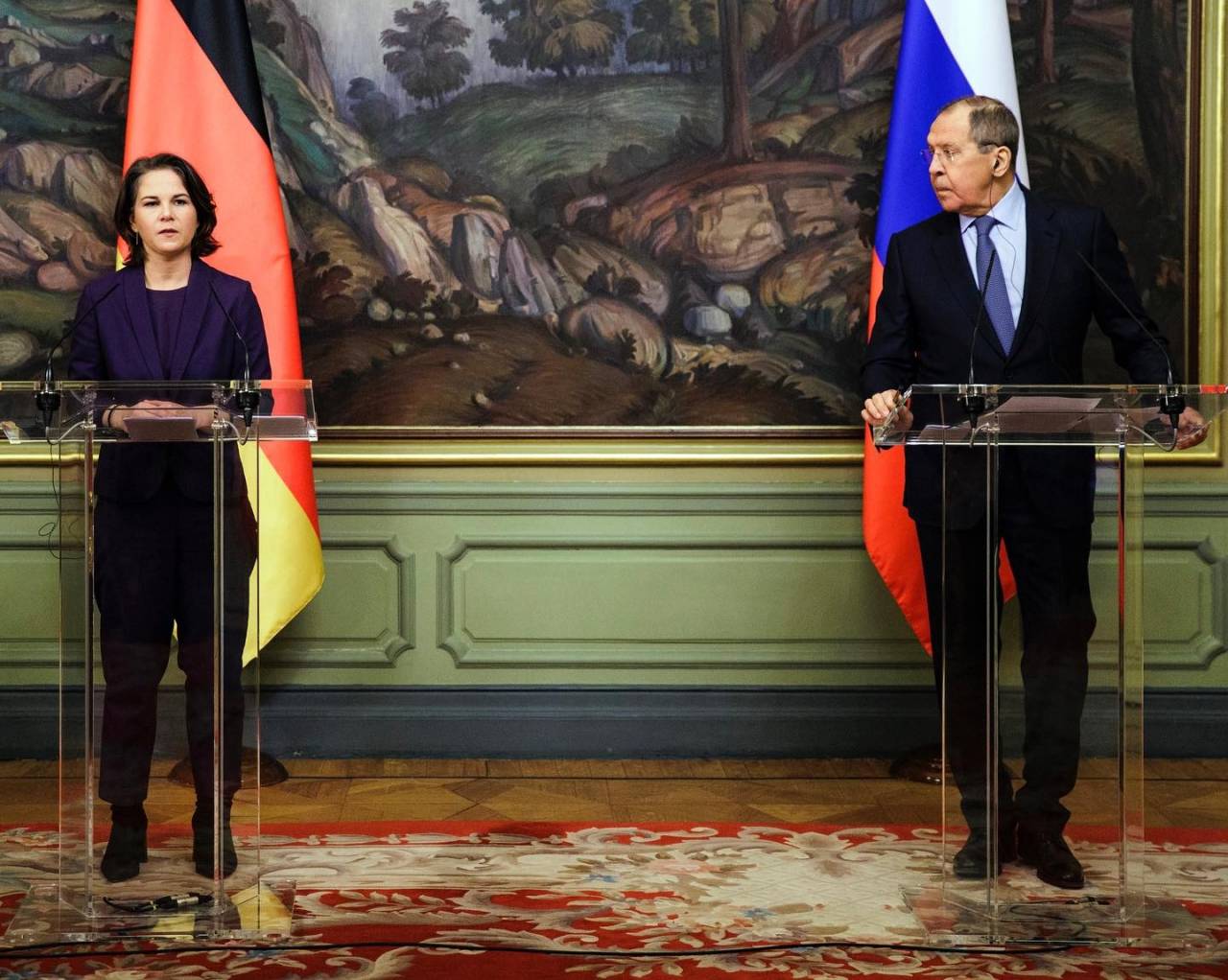 Photo: MFA of Russia
It remains to be recalled that Annalena Burbock is by no means the first of the “greens” to head the German diplomatic department. Long before her - from 1998 to 2005 - Joschka Fischer held this post, and then environmentalists were also in a coalition with the Social Democrats, led by Gerhard Schroeder.

His legacy is a realistic dialogue with Russia and complete loyalty to resource projects like Nord Stream 2. And how could it be otherwise, Gerhard Schroeder today presides not only in the Board of Directors of Rosneft, but also in the committee of shareholders of Nord Stream AG, the operator of this gas pipeline.

G. Schroeder (it is believed that Burbock, who raised Annulena as a politician) was remembered by many for the fact that he once called the Ukrainian ambassador a dwarf, but today, of course, it is not fashionable to remember this. However, even Schroeder's critics are now trying to forget one more episode.

When the Russian president, showing the participants of the St. Petersburg Business Summit the Konstantinovsky Palace in Strelna, unexpectedly found his German colleague not just anywhere, but ... in a wine cellar.

Author:
Alexey Podymov, Pyotr Nenarokov
Photos used:
from the official page of A. Berbock in FB, the author