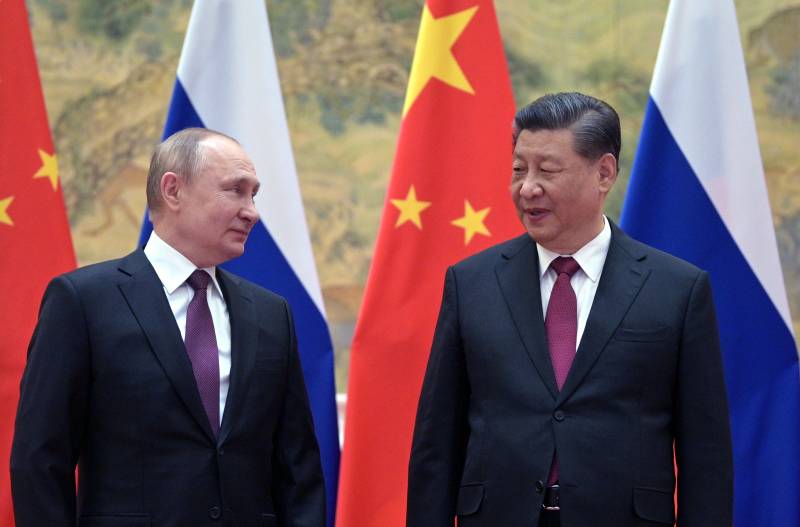 Talks between Russian President Vladimir Putin and Chinese President Xi Jinping ended in Beijing, after which the leaders of the two countries made a joint statement. This is reported by the Chinese Foreign Ministry.


The talks, which began with the participation of members of the delegations of both countries, continued behind closed doors, Putin and Xi Jinping had a one-on-one conversation, discussing many issues. In general, the talks lasted almost three hours, following which a package of documents was signed and a joint statement was made. In addition, the discussion of some issues continued at the banquet that followed the talks.

In a joint statement, Putin and Xi Jinping said that cooperation between the two states is reaching a higher level, Moscow and Beijing have managed to build a "new type" of relations. Friendship "without borders" between the two states will be strengthened in all areas, it is not directed against third parties and does not depend on the political situation in the world. Russia and China support each other's positions and will strengthen cooperation in international institutions, including the UN. Both countries oppose the politicization of the origin of the coronavirus, as well as the distortion stories.

Both countries confirmed their support in protecting their fundamental interests, sovereignty and territorial integrity. Moscow supports the One China principle and opposes Taiwanese independence. Beijing and Moscow are against color revolutions and foreign interference in internal affairs.

The statement contains quite a few points on both the relations between Russia and China and international relations, including the US and NATO, the principles of democracy, and much more. The main conclusion is that Russia and China intend to further deepen cooperation in all areas and resist the US and its allies.