September 23 1944. The action began on the resettlement of the Ukrainian population from Poland to Ukraine 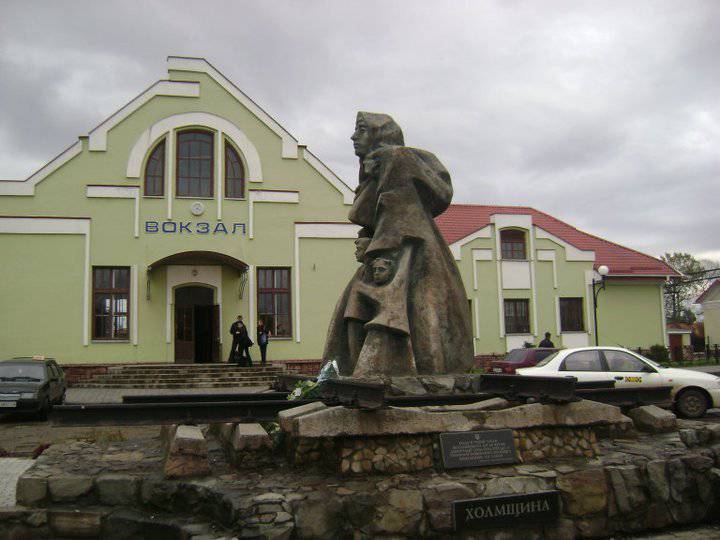 The agreement provided for the relocation to the territory of Ukraine of all Ukrainians who lived in Vlodavsky, Chelm, Zamostyevsky, Krasnostavsky, Bilgoraysky, Hrubieshovsky, Lyubachivsky, Tomashovsky, Yaroslavsky, Peremyshlsky, Leskovsky counties. In addition, this agreement concerned other areas of the Polish state, where Ukrainians lived, who wanted to move to the Ukrainian SSR. The Ukrainian immigrants took with themselves certificates of abandoned property; on the basis of these documents, they in the Ukrainian SSR were paid the appropriate material compensation.

23 September 1944, the action of mass migration of the border population from Poland to Ukraine and vice versa, has begun. However, since the beginning of winter, the number of people willing to resettle on both sides has decreased significantly. Due to this reason, we had to repeatedly change and shift the deadlines for the end of the resettlement operation. So, in winter, the 1945 promotion was suspended due to weather conditions. In the spring of 1945, residents of villages heavily destroyed during the withdrawal of the German army from the areas of Lupkovsky and Dukelsky passes left for the Ukrainian SSR. After that, the action began to acquire compulsory order, and Polish troops were attracted to it. So, from 1 September to 31 December 1945 g, with the help of connections 3 th, 8 th and 9 th divisions of the Polish army, more than 80 thousand people were evicted. Forced relocation during this period affected four districts: Zalessky. Peremyshl, Sanok and Lubachov.

Among the reasons for which the Ukrainian and Ruthenian population refused to travel to Ukraine, besides the obvious desires to leave their homes and acquired property, there were other reasons. So, some were influenced by the Bandera propaganda (OUN), which frightened people being expelled to Siberia by Stalin’s camps. In addition, units of the Ukrainian Insurgent Army and the Security Council of the OUN (b) terrorized the immigrants, destroyed members of the resettlement commissions.

In 1946, the eviction campaign was continued. In a number of villages the Polish army had to suppress the demonstrations of the population by force, there were casualties. In total, during the eviction of the Ukrainian population from the Polish Republic to the USSR, more than 482 thousand people were resettled from the Krakow, Ryashevsky and Lublin provinces. In total, about 518 thousand people arrived from the Polish Republic to the Soviet Union. And in Poland at the end of October 1946, about 1,1 million people were relocated from the USSR (of which more than 810 thousand people from the Ukrainian territory). Among them were more than 140 thousand Jews, most of whom were forwarded to British Palestine.

The action of the mass migration of Ukrainians in 1944-1946. I could not completely solve the “Ukrainian question” in Poland. In the Polish Republic, there are up to 150 thousand Ukrainians. In 1947, the Polish authorities conducted Operation Wisla, when the Ukrainian population from the south-eastern regions of Poland was resettled to the north-western territories (they used to be part of Germany and were received by Poland after the end of World War II). The Poles justified their decision by the need to destroy the base for the activities of the UPA.
Military Reviewin Yandex News
Military Reviewin Yandex Zen
18 comments
Ad