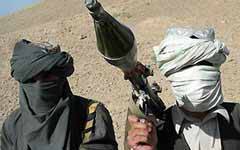 Almost daily reports (and immediately refutations) of peace talks between representatives of the Kabul government and the Taliban movement coming from Afghanistan are convincing that negotiations not only take place, but have already gone out of the initial contacting phase. And that the process is developing rapidly, despite the Taliban’s unwillingness to agree on something with representatives of the “selling Karzai puppet clique,” ​​as they contemptuously call it.


The first meetings of the people of Hamid Karzai and the Taliban took place in January and May 2010 in the Maldives. They were informal and secret, with the Taliban leaders stressing that they would not be in contact with the NATO occupation forces until they were out of the country. Initial contacts took place in the Maldives because it is one of several countries that provide visas to Afghans right at the airport upon arrival, and they do not need to be ordered in advance. Almost 50 people participated in the May negotiations, they were organized by Jarir Hekmatyar, the son-in-law of Gulbaddin Hekmatyar, the famous field commander and leader of the Hezb-i-Islam party.

The war in Afghanistan (2001 - present) is a military conflict between NATO troops, supported first by the Northern Alliance, and then by the new Government of Afghanistan and the Taliban Islamist organization, which previously controlled most of Afghanistan. One of the stages of the civil war in Afghanistan, continuing with 1978 year. The United States is conducting an operation in Afghanistan as part of Operation Enduring Freedom, launched in response to the 11 terrorist attack on September 2001.

The current president of Afghanistan, Hamid Karzai, was forced to agree to negotiations with the opposition only in 2010, when it was even clear to him that since he could not win the Taliban together with NATO, he would be even more broken without support. Western countries were not invited to the Maldivian meetings even as observers.

In recent months, according to the world media, several rounds of negotiations have been held even in Kabul and its surroundings. Representatives from Karzai met with members of the Taliban Council (Shury) in the Pakistani city of Quetta, which actively participates in the war in Afghanistan, with leaders of the so-called Haggani Network, considered the most powerful partisan in the country, as well as members of the Council of Peshawar in eastern Afghanistan, where also strongly influenced by the Taliban. At the same time, it is clear that not all guerrilla movements agree in general to talk with the official Kabul authorities, which still makes them "under-represented" by the opposition. Not to mention the fact that Pakistan, which has the main influence on the continuation of the Afghan war, has not yet said its weighty word, although it is considered an ally of the United States in the region.

Moreover, both parties at the negotiations are trying to secure a “position of strength”, for which the NATO coalition ISAF sharply intensified air attacks on Taliban groups not only in Afghanistan, but also in Pakistani territory. According to NATO, over the past three months, 1600 units of bombs and missiles were dropped and fired at targets in Afghanistan by combat aircraft and UAVs, almost half of them (700 units) - in September. In the same three-month period last year, only the 1031 bomb was launched from the air, of which 257 was launched in September.

At the same time, American military theorists believe that such tactics will create difficulties for the Taliban, disrupt their command and control system, and sow discord between militants in the field and their leaders sitting in Pakistan. In addition, NATO claims that NATO special forces groups are also working inside the country, whose task is to physically destroy the militants. They do this, but they also suffer losses, which are reported very deafly.

The Taliban, for their part, also does not sit with folded arms and, despite 15-multiple (!) Superiority in forces from the NATO and government troops (370 thousand people against 22-30 thousand militants), manage not only to undermine mines on western patrols, burn columns on the march, but even to capture American bases. In mid-October, they established control over the US base in the Maravar district of Kunar province in northeastern Afghanistan, near the border with Pakistan. As the Taliban field commander Kari Ziyara Rahman stated, the American servicemen, in a hurry, left the base and flew away by helicopter, leaving a large amount of weapons and military equipment.

Moreover, the United States considered this object to be one of the key areas in the east of the country, since it also controls the cross-border Bajur region in neighboring Pakistan inhabited by Afghan tribes. Approximately 500 of American soldiers and helicopter gunships were at the base, but even they could not hold back the advancing Taliban. Earlier, in April 2010, the Taliban seized another American base in the Korengal Valley. Video footage of bearded militants walking around the US military base was shown by the largest Arab TV channels.

True, the American military command then stated that the Taliban did not seize the base, and the United States simply left it, since it allegedly did not represent significant strategic value and only diverted forces from important directions. In other words, the United States "leveled off the front line," as Goebbels' propaganda called such waste during the Great Patriotic War. As for the last captured US base, the military command did not comment at all on its capture, because it does not like to admit losses and military failures.

But, despite all these tricks, the NATO coalition’s losses in Afghanistan are constantly growing, and the number of trucks burned with military equipment, military equipment, fuel and ammunition increases in leaps and bounds after each attack of American UAVs on the Taliban in the field. The supply routes of troops coming from Pakistan are particularly vulnerable, along which up to 80 percent of military cargo passes, there the number of burned 20-30-ton trucks has exceeded several hundred in recent months.

Things reached the point that in mid-October, NATO appealed to Russia with a request to allow transporting non-military goods across its territory in addition to non-military goods. After the militants burned more than three dozen oil tankers belonging to NATO in the area of ​​the city of Quetta, the leadership of the Alliance officially put forward such a proposal to Moscow. However, according to media reports, Russia responded by saying that it only allowed the transportation of non-military items - food, medicine, tents, and so on, and that it could not allow NATO to transport military cargo to Afghanistan through Russia.

This lack of normal supply of troops with a simultaneous increase in militant activity throughout almost the entire territory of Afghanistan and their control of a number of southern regions and provinces in the northeast makes NATO look for ways to reconcile with the Taliban. Therefore, during the recent series of meetings of representatives of the Taliban in the territory of Afghanistan, they were granted immunity from prosecution by NATO, they were driven around the country on Western aircraft and NATO armored vehicles with armed guards.

In addition, NATO resorted to the Anso analytical group that advises international non-governmental organizations on security issues in Afghanistan, which, assessing the situation, recommended NATO to “think about how to involve the Taliban in cooperation, and not avoid them.” Analysts also, contrary to the statements of NATO generals, who are still trying to talk more about the possibility of a military victory over an insultingly few adversary, argue that "without any doubt, the Taliban will play an ever-increasing political role in Afghanistan."

So for serious military specialists it is becoming increasingly clear that the war in Afghanistan started in 2001, the arrogant and armed to the teeth, the Western alliance is ingloriously losing and forced by the situation to negotiate. But at the same time, the American newspaper The New York Times writes that "as long as the rebels consider themselves to be the victorious side, they do not really want to negotiate anything ... and do not show a great desire to stop the war." And he cites the words of the head of the CIA, Leon Panetta, who believes that to date "there are no special signs of serious attempts at reconciliation (by the Taliban. - Approx. KM.RU)."

Now the NATO group in 150, thousands of military personnel and 230, thousands of soldiers and policemen of the government forces, is twice more numerically armed with more modern weapons and suffering a shameful defeat from the Taliban, whose numbers are estimated at 22 – 30 thousand and which receive almost no external support, especially weapons. Pure "paradox" unfolding before the eyes of the whole world.

The Americans at the same time, of course, try to do a good face on a bad game. To do this, the American commanders, trying to cajole the Taliban and reduce the number of their losses, pay tens of millions of dollars monthly to the enemy through intermediaries — if only bearded partisans in dusty coats do not attack the columns of their troops. Perhaps this original view of the Taliban rackete will later be included in the textbooks of the military stories and tactics.

All this is happening against the background of a gradual reduction in the combat enthusiasm of the members of the NATO coalition in Afghanistan, which in the middle of the war numbered up to 47 members. The Dutch have already withdrawn their troops, and the British are preparing to do this. They are tired of spending billions of pounds on maintaining troops thousands of kilometers from home. Of all the countries participating in the International Security Assistance Force (ISAF), today only Australia is firmly in favor of a war to a victorious end, holding 1,500 soldiers in the Afghan mountains.

The US has already announced that in July, 2011 will begin a gradual withdrawal of its forces from Afghanistan. This date strongly stimulated the activity of the militants, who, feeling that the Karzai government would soon be left without foreign military support, increased the mining of transport routes, suicide attacks in cities with “shahid belts” and attacks on NATO garrisons. As of October 18 2010, the irrecoverable losses of the international coalition in Afghanistan were more than 2155 troops. Of these, the most were killed soldiers of the United States (1333), Britain (340), Canada (152).

Ctrl Enter
Noticed a mistake Highlight text and press. Ctrl + Enter
We are
US expert community is trying to identify ways out of the Afghan impasse
Add a comment
Information
Dear reader, to leave comments on the publication, you must to register.