The answer to the Russian ultimatum: the world is waiting for a reset 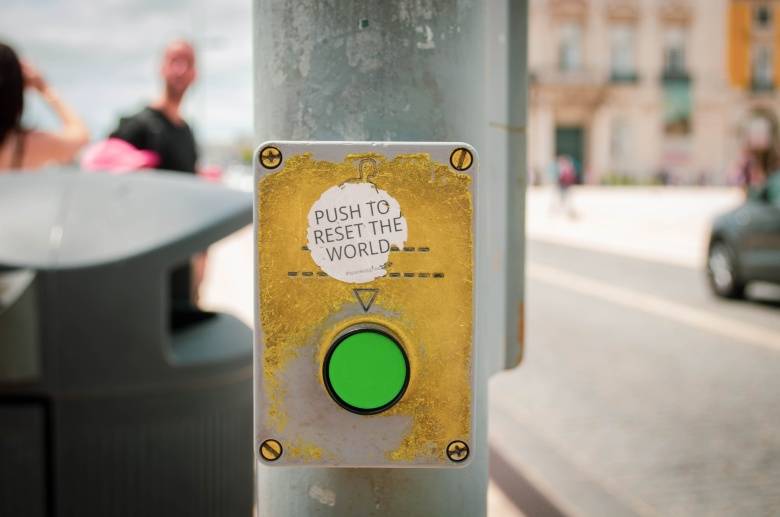 The United States issued a written response to Russian demands that seemed impossible to fulfill.

They, in fact, have remained so - NATO refuses to return to the 1997 borders and prohibit third countries from joining the alliance. The open gate policy remained unchanged.

This was clear from the very moment Russia announced a package of ultimatum demands.

The United States and Europe, agreeing to the conditions, would receive an irreparable blow to their reputation. A shameful flight from Afghanistan would be an innocent prank compared to the exclusion of the Baltic states from NATO, because Russia asked so.

With such a development of events, the Ukrainian leadership would at least fall into a stupor or, at the most, evacuate to Washington.

But for now, Secretary of State Anthony Blinken comments victoriously on the response to Russian demands:

The US is not making concessions.
Nevertheless, the Americans still deceived Kiev.

Or betrayed, if you will.

There is not a word about anti-Russian sanctions in Washington's diplomatic response. From Zelensky’s point of view, the Americans need not fan the hysteria around a possible invasion from the east, but block Nord Stream 2 forever. Well, or some other economic sanction to be stricter to invent.

CNN recently published its reflections on this topic, assuring that a seed of discord has been sown between Kiev and Washington.

The Ukrainians are allegedly dissatisfied with the panic around a possible conflict, and the Americans with the “downplaying of the threat” and the lack of “special gratitude” for the supplies weapons.

Of course, Kiev hastened to refute the insinuation, but, as you know, there is no smoke without fire.

With all due respect to the supply of weapons to Ukraine, they are completely insufficient in the face of a massive invasion of the Russian army. The United States categorically refuses to supply heavy equipment that requires serious training for Ukrainian operators. Only light anti-tank and anti-aircraft systems operating on the principle of "fire and forget."

And here we can agree with the Ukrainians - what is there to express “special gratitude” for?

Once again, you will not envy Kiev.

Firstly, the Western media are systematically pumping up the Ukrainians with the threat of an imaginary Russian invasion. The NATO countries even tried to scare them by evacuating their own diplomatic missions.

For Ukraine, these are nerves and losses in the economy. Even Secretary of the National Security and Defense Council Danilov had to reassure the population, saying that "a full-scale offensive of the Russian Federation is still being postponed."

Secondly, the Russian threat, which everyone is talking about, should force Kiev to mobilize the army - otherwise the "aggressor" will not be met.

But this is both expensive and scary - what if the Russian military is provoked.

There is nothing for Kiev to thank the United States in the light of the response to the Russian ultimatum.

Not only did Washington not refuse to negotiate at all after such “impudence” on the part of Moscow, it also proposed steps to de-escalate the situation.

Although the text has not been published verbatim at the request of overseas opponents, it is known that the United States offers steps to meet, and there are many of them.

This fact alone suggests that the ball in play is on the side of Russia – the opponent was the first to make concessions. Although, of course, not in full and not on all terms.

Diplomatic bargaining began, the true extent of which, if we find out, then in a few years - not earlier.

The Americans offer Russia to return the NATO missions that were recently disbanded in Moscow and Brussels, as well as to resume negotiations on arms control, including nuclear weapons.

Tension on the Russian-Ukrainian border is now at a fairly high level, and it would be nice to have, according to Washington, direct contacts between the military. We can also talk about direct inspection of NATO weapons in Europe by Russian specialists.

In Ukraine, a proposal was also made to create "mechanisms for mutual transparency regarding the deployment of forces."

Compare this with the situation one or two years ago.

The United States with satellites actually froze the entire negotiation process, provoked and supported "color revolutions" around Russia (Belarus is a typical example), and pointedly saber-rattled along the country's borders. Suffice it to recall the British destroyer Defender, which entered the territorial waters of Russia last summer.

Would NATO members now dare to such a provocation?

The question is rather rhetorical.

That is why the current status quo is definitely working for Russian interests.

First, the collective West has demonstrated that it is not so collective anymore.

The loudest cries of "beat Russia - save Ukraine!" are actually distributed only from Washington, London, Warsaw and the Baltic countries. Germany generally closed its airspace to British military assistance to Ukraine, refused to supply its weapons, offering only five thousand helmets in return.

The Ukrainians appreciated the latter, promising to "remember it for decades."

The less daring in NATO are simply keeping silent for now - France, for example, has not yet decided on the supply of weapons. The Croats, on the contrary, are determined and in the event of a mess they intend to withdraw their 15th contingent from the alliance forces.

Finland and Sweden at the end of January, so that nothing more happened, hastened to assure Russia that they did not intend to join the alliance in the near future.

It turned out that the vaunted NATO military alliance is not so cohesive.

However, this has long been hinted at by Turkish tricks, which, in essence, remained unpunished. And you can't blame the Europeans for weakness - first of all, healthy pragmatism plays here. The very real politics in which you need to sacrifice something in order to achieve your goal.

In this situation, obviously, they are sacrificing the interests of Ukraine and the imaginary unity of NATO.

It is very easy for the United States and even Great Britain to talk about the "villain" of Russia - they are well removed from the likely theater of operations. Even if it flares up in the Donbass, everyone will get it - both the exalted Baltic republics, and Poland, and further to the west.

Moreover, nuclear warheads will not necessarily fly. To destroy a respectable European landscape, hundreds of thousands of refugees, and blocked supplies of energy resources, and changes in transport logistics, and rising oil prices will be enough.

The Americans, and to a lesser extent the British, will look at it only as a tense fighter, throwing firewood here and there to keep the fire going.

Therefore, no one intends to undermine an already difficult situation.

Moreover, in February, the Allied Resolve-2022 exercises are planned, according to the scenario of which the option of repelling the strike of NATO forces is being played out.

From February 4 to 20, the Winter Olympic Games will be held in China, which cannot be disrupted by military provocations at all.

Beijing is very determined and can take revenge on the violator very cruelly.

The example of Lithuania suffices, with which China actually severed diplomatic relations, downgrading them to the level of charge d'affaires. Now, goods from China are not delivered to Lithuania and, on the contrary, the import of Lithuanian products to the Celestial Empire is closed. And all because Vilnius dared to open its official representative office in Taiwan, that is, de facto recognized the independence of the island state.

In the light of Russia's retaliatory steps, Moscow's negotiations with Nicaragua, Cuba and Venezuela also look suspicious. Of course, such “friendship” will be very expensive for the Russian Federation, but geopolitically it will bring incomparable dividends.

In the end, it all comes down to a fairly simple scheme.

Part of the collective West will for some time whip up hysteria around the imaginary Russian invasion of Ukraine. Everything that is in the arsenal of propagandists will be used - it is necessary to assure everyone around of the inevitability of aggression.

At the same time, Russia will silently stand its ground, occasionally fighting off the most absurd attacks.

For example, from News about the alleged request of Xi Jinping to Putin not to attack Ukraine yet: the Winter Olympics are on the nose!

But the intensity of aggression will eventually subside, and the West will inevitably sit down at the negotiating table. Before that, of course, having declared that the possibility of an invasion was prevented by the same grenade launchers, ATGMs and MANPADS.

And that's when detente will come, saving first of all for Europe. There is not long to wait - the first swallows will fly by summer.