The British army is switching to new small arms 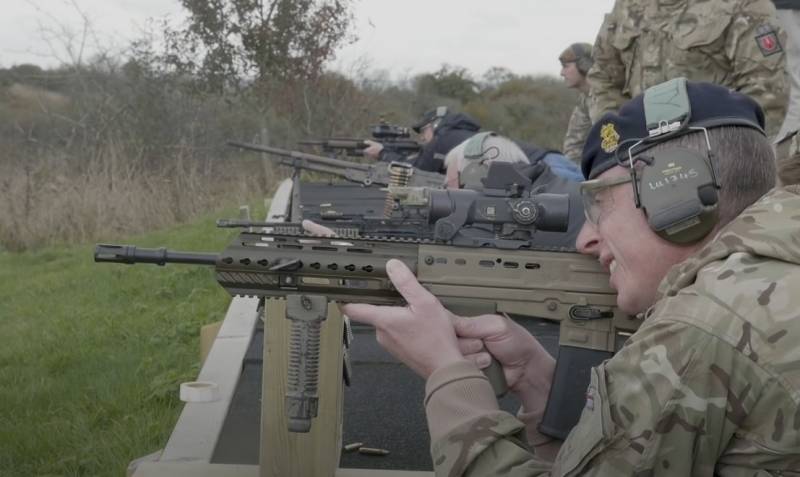 The British armed forces are implementing a program for the transition to a new small arms weapon, which, as stated, has no analogues in the world among other similar systems.


The SA80 is a range of firearms consisting of the L85 automatic rifle, L-86 light machine gun, L22 submachine gun, and L98 training rifle. This complex was adopted by the British army in 1985. Since that time, in 2000-2006, it has been upgraded to the SA80 A2 level, during which 200 thousand advanced bullpups were delivered to the troops.

The SA80 A2 in 5,56x45mm is the standard small arms of the British Army. It is the most reliable system of its kind in the world. Flawless performance is combined with precision, versatility and ergonomic design. A product from Heckler & Koch [a German company] is considered the world leader in the field of small arms
- indicated on the website of the British army, explaining that due to the high performance characteristics, "the accuracy tests had to be redone."

In 2016, the prototype of the SA80 A3 complex was presented for the first time, which was officially accepted for supply in 2018. Compared to the SA80A2 design, changes were made to the top of the receiver, forward grip, laser designator and flashlight. The weight has been reduced by 100g and a new Flat Dark Earth coating has been applied for increased durability and better camouflage in various conditions.

For security reasons, we do not indicate the number of serviceable weapons, but in total there are 134 units in the military department system. SA912 A80 and 2 units. SA17 A900
- British Defense Procurement Minister Jeremy Quinn said recently in response to a deputy's request, in fact, indicating the number of new small products that have entered the army since 2018.