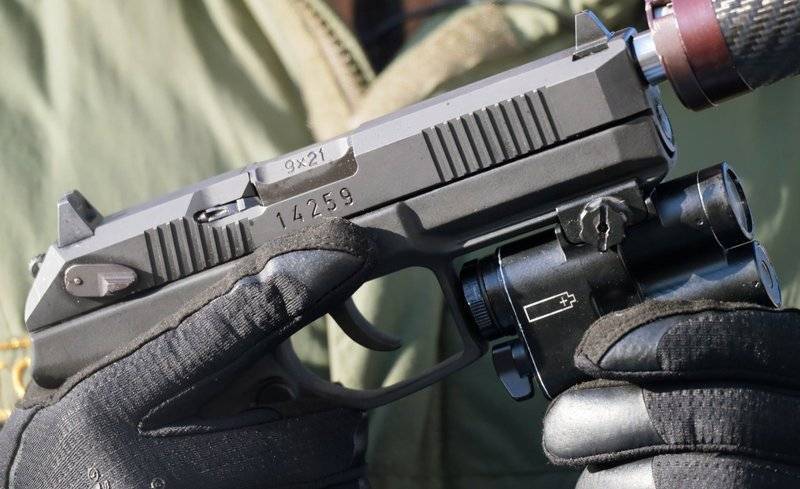 The Russian army is already receiving the latest pistols "Udav" caliber 9X21 mm in combined arms configuration, deliveries weapons to the troops in a special configuration are planned later. This was reported by the press service of Rostec.


As the corporation explained, the Udav pistol for army units is available in two versions. If the combined-arms version has already been supplied to the military since 2021, then there is no special purpose yet. Deliveries of the pistol equipped with a silencer are planned for 2023. The reason for this decision was not explained in Rostec, reports TASS.

The Udav pistol, caliber 9X21 mm, was adopted by the Russian army in 2019 and was supplied to the troops in small batches. Last year, the Ministry of Defense decided to purchase a pistol and allocate 384 million rubles for this. Most of the new weapons will go into service with special forces and intelligence officers, but drivers, signalmen, logistics specialists, etc. will also be armed with a new pistol. The pistol will be supplied to the troops in two versions: combined arms with the index 6P72 and special purpose 6P72-1. In the 6P72-1 variant, the pistol comes with a silencer and a laser pointer capable of operating in day and night modes.

The self-loading pistol "Boa" is completely domestic development, in its design only Russian components are used. The gun uses a cartridge caliber 9x21 mm, it has developed specialized ammunition. The firing range of 50 meters, the capacity of the 18 magazine ammunition.