Transport rocket: fast transfer of American cargo to any point on Earth 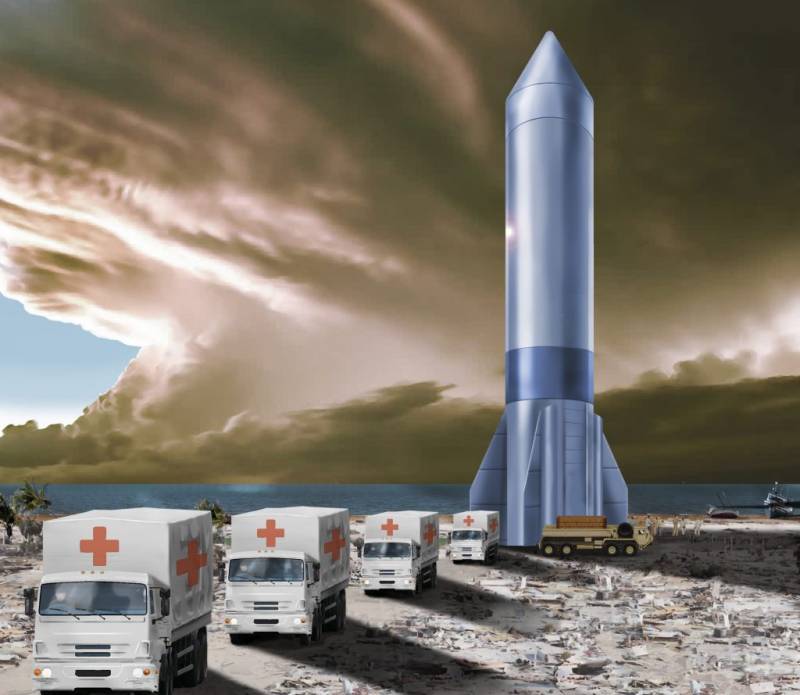 Beginning of a journey

January was remembered as a very remarkable event, which could be the beginning of a long winding path.

SpaceNews has reported that the US Air Force has awarded SpaceX a five-year, $102 million contract to demonstrate technology and capabilities to transport military supplies and humanitarian aid around the world via a "heavy rocket."

In the classification adopted by NASA, the "heavy" class means the possibility of launching 20-50 tons into a low reference orbit. Let's say the performance of a heavy Falcon 9 rocket is approximately 22 tons. Obviously not what the Americans are counting on. 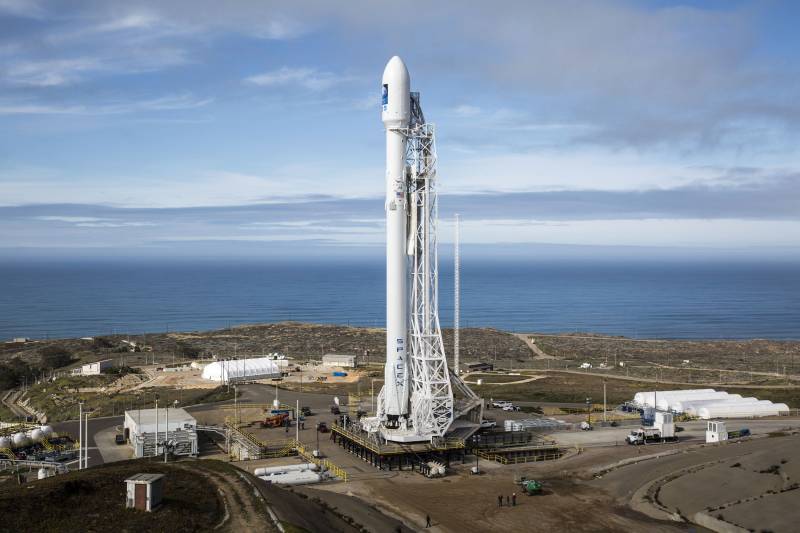 In this case, as far as one can judge, it is about carrier super heavy class.

The amount immediately attracts attention. $100 million is not the price for such an ambitious project. However, this is not required.

So far, we are talking about demonstrating the fundamental possibility of delivery.

“The contract formalizes a partnership between the state and industry to find out what exactly can be achieved with a rocket when used as a cargo transport: what is its real capacity, speed and final price?”
- quotes "Gazeta.ru" the words of Greg Spangers, manager of the cargo rocket program of the US Air Force Research Laboratory.

What do the military want?

The Pentagon intends to deliver cargo extremely quickly to any point on Earth. First of all, we are talking about the delivery of humanitarian cargo to regions affected by natural disasters. However, of course, the range of tasks can be expanded.

The Many Faces of Starship

Formally, the contract does not apply to any of the SpaceX launch vehicles, however, there are not many options.

Elon Musk (the founder and head of the company) has long been saying that the promising Starship can be used as an alternative to airliners. In addition, the Pentagon was previously actively interested in the novelty.

According to Musk's scenario, the rocket will take off into space, but it will not accelerate to the first space velocity and will return to the atmosphere again, landing at the specified point on the Earth. 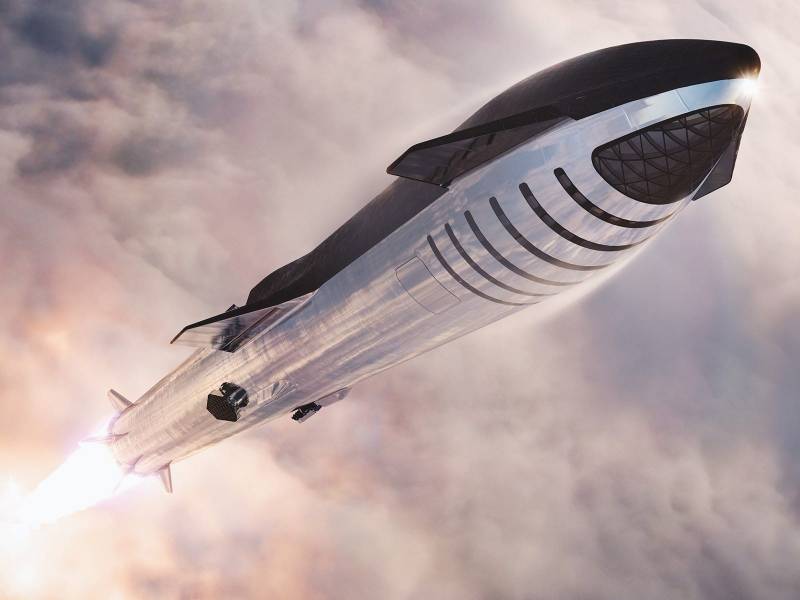 Opinions on this matter vary.

“For example, a beautiful idea, which was immediately supported by our enthusiasts, is the intercontinental rapid delivery of people. The idea is really very beautiful, fantastic, let's hope that one day it will become realistic, but today, in order to put people in a rocket so that it flies from one continent to another, you will have to take enormous risks, ”
- said at one time the head of the Russian space department Dmitry Rogozin, noting, however, that such a risk could be justified for military tasks.

By itself, Starship needs no introduction, but just in case, we recall.

It will be the most powerful SpaceX rocket yet. In fact, we are talking about a complex of an accelerator and a spacecraft, which will play the role of the second stage. It is also called Starship, and the accelerator was named Super Heavy. Starship will be able to launch 100-150 tons into a low reference orbit in a reusable configuration.

It is reusability that is the basis of the concept: something without which the project is meaningless.

Due to the fact that both components of the system can be reused after launch, the price of one start should be extremely low.

A few years ago, Musk said that the cost of launching Starship would not exceed $9 million. Now that sounds like science fiction, because one launch of a partially reusable Falcon 60 heavy-class rocket costs XNUMX million. They want to achieve savings, including through fuel, which will be cheap liquid methane and oxygen.

What can the Pentagon get in practice?

In short, the idea means that it will be possible to transfer cargo to any part of the Earth in less than an hour, which, of course, is impossible by conventional methods.

Another plus, paradoxically, may lie in the cost. 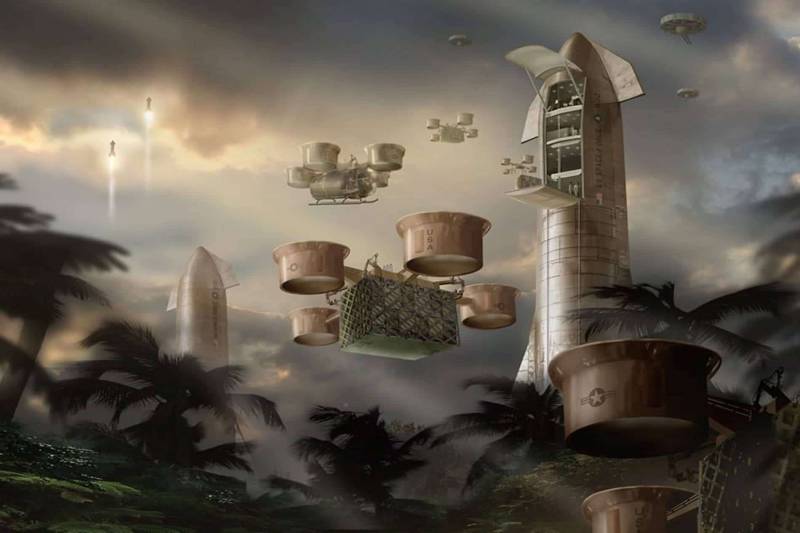 An hour's flight of a Lockheed C-5 Galaxy military transport aircraft costs more than $100. Accordingly, a ten-hour flight will cost more than a million.

At the same time, the aircraft cannot deliver equipment and / or people to any point on the Earth with a full load: the maximum range of its flight with a full load is 4 kilometers. That is, in many cases, landing, refueling, maintenance will be required. In a word, everything that Starship does not need in this case.

Next is the payload.

The maximum indicator of Galaxy is 122 thousand kilograms. "Transport Rocket" will be able to deliver the same amount or even more. At the same time, it is incomparably faster.

It is known that the C-5 Galaxy can carry six AH-64 helicopters or four M2 Bradley infantry fighting vehicles, or six M1126 / M1135 Stryker armored personnel carriers, or one modern M1 Abrams tank, or up to 345 soldiers and officers.

The pressurized volume of the Starship second stage, which can be used, allows you to carry up to several hundred people in one flight. At least in theory. 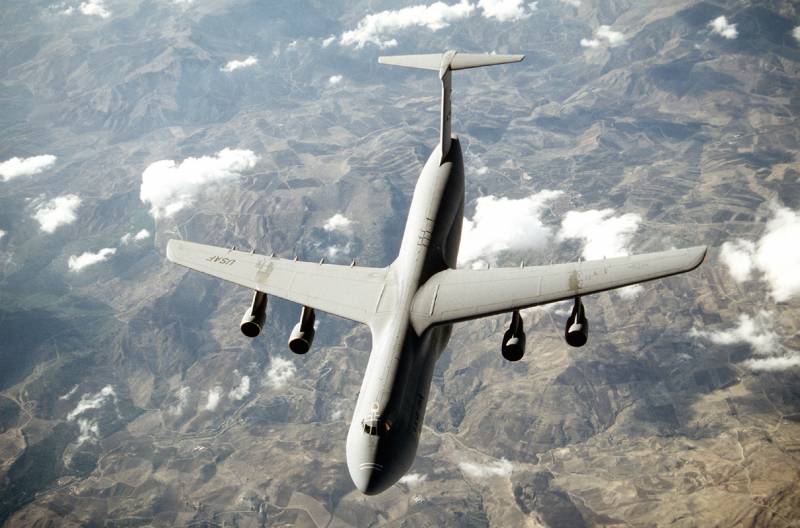 However, all good things come at a price.

A rocket is not a plane. It cannot be launched from a conventional airfield. Appropriate infrastructure is needed: at least launch pads. All this, of course, will affect the overall price of the concept.

Huge loads on the structure and a lot of technical risks can also make themselves felt.

The main thing lies in the Starship itself: not in a military transport rocket, but in the system that SpaceX is now creating. Underestimating the Musk in the current realities is simply stupid.

Meanwhile, not all seemingly revolutionary ideas get a start in life, and SpaceX is no exception.

So far, Starship has not made a single orbital launch: the first of them is planned to be held this year.

Tests of the system had limited success, so to speak. Last year, SpaceX conducted one successful test flight and three unsuccessful or partially successful ones.

In all these cases, technology demonstrators performed ten-kilometer “jumps”, which, of course, can hardly be regarded otherwise than as a demonstration of capabilities. 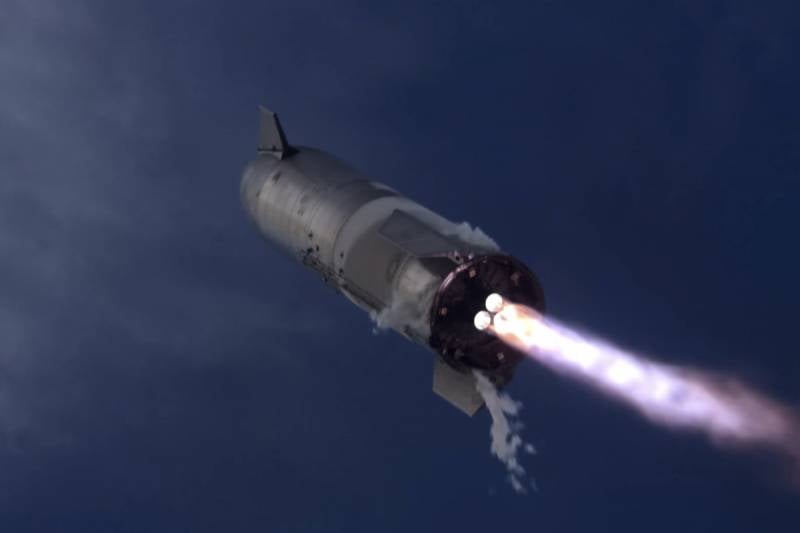 In support of Starship, we can say that the system changed the perception of the rocket and space industry even before its actual birth.

In addition, under the influence of SpaceX, Blue Origin decided to remake the promising New Glenn rocket. Now reusable see not only its first step, but also the second.

The first launch of the conditional competitor Starship is scheduled for the end of the year.