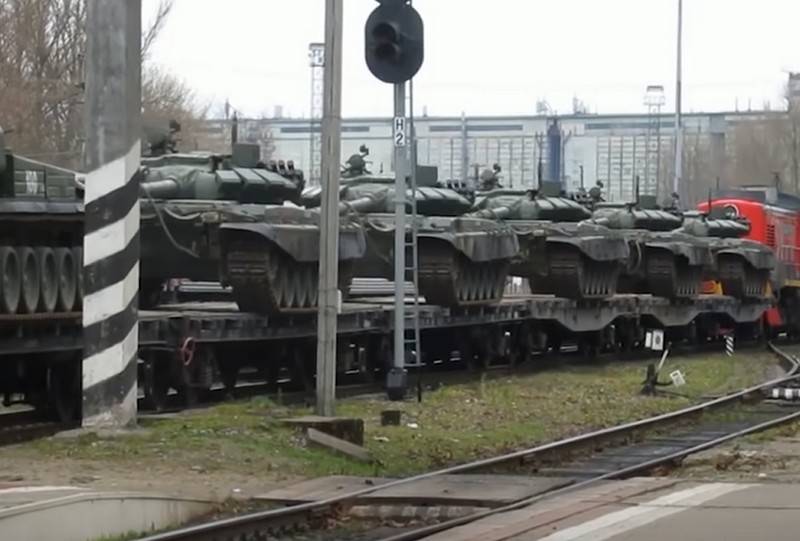 The United States and its allies continue to supply weapons to Kiev, against this background, Russia should arm the self-proclaimed republics of Donbass. This statement was made by the vice-speaker of the Federation Council Andrei Turchak.


According to the Secretary of the United Russia General Council, Western countries continue to pump up Ukraine weapons, which is eventually applied against the Donetsk and Lugansk People's Republics. In the Donbass, the number of shellings is growing, civilians are dying. Against this background, he proposed to provide military assistance to the Donbass republics by supplying them with "certain types" of weapons.

I believe that under these conditions, Russia should provide the Lugansk and Donetsk People's Republics with the necessary assistance in the form of the supply of certain types of weapons to increase their defense capability.
- Turchak said, adding that Western curators are pushing the Kiev authorities to a direct invasion of the Donbass.

The politician stressed that the supply of Russian weapons to the republics will help contain the "military aggression" that is being prepared by Kiev.

The West, represented by the United States and Great Britain, continues to arm the Kiev regime, supplying various weapons to Ukraine. Since the beginning of the year alone, 11 military transport planes with military assistance have landed in Kiev, while the United States plans to send several more aircraft with weapons. The main cargo is anti-tank systems, but there are other weapons that Kiev prefer not to talk about.

Half of the supplied weapons somehow end up in the Donbass, although the United States previously demanded that Ukraine not place the transferred weapons, in particular the Javelin anti-tank systems, in the JFO zone. However, judging by recent publications, they have already removed this requirement.
Ctrl Enter
Noticed oshЫbku Highlight text and press. Ctrl + Enter
Military Reviewin Yandex News
Military Reviewin Yandex Zen
97 comments
Ad