Intelligence LDNR: Ukrainian authorities ordered to clarify the lists of citizens for evacuation from front-line areas 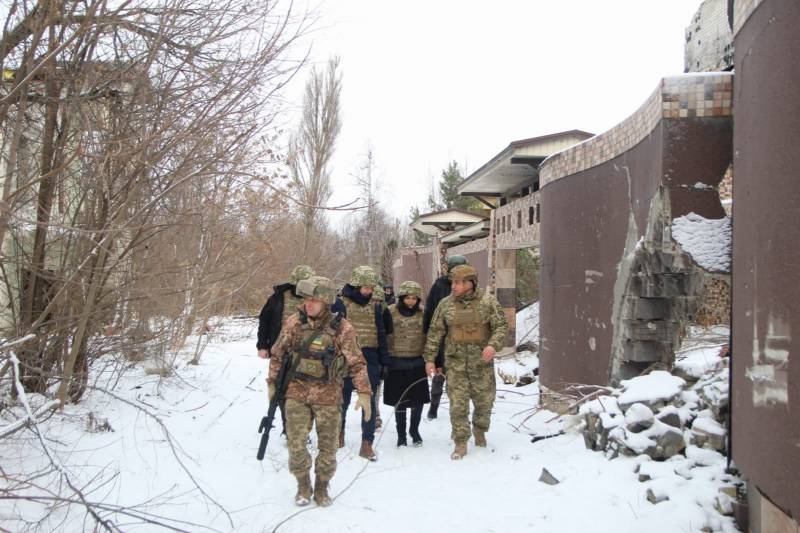 DPR intelligence continues to report to the command of the Republican People's Militia about the increase in military activity of Ukrainian troops almost along the entire demarcation line. It is noted that the Ukrainian security forces carry out the delivery of ammunition in the Gorlovka, Donetsk and Mariupol-Novoazovsky directions. This information is confirmed by the deputy head of the UNM DPR Colonel Eduard Basurin.


Echelons with ammunition, fuel and lubricants of the Armed Forces of Ukraine arrived at Krasnoarmeysk, Druzhkovka, Zachatovka stations. The Ukrainian military is unloading wagons with ammunition and fuel and lubricants with the subsequent shipment of cargo to the areas where at least five brigades of the armed forces of Ukraine, including the 25th and 56th brigades, are deployed.

According to a representative of the DPR UNM command, Ukrainian troops expect large-caliber ammunition (152 mm) from countries that were previously part of the Warsaw Pact. In particular, the supply of such ammunition from the Czech Republic is expected.

Intelligence of the LDNR received information about the order of the Ukrainian military-civilian administrations ("Donetsk" and "Lugansk") to clarify the lists of citizens for evacuation from the front-line areas. We are talking about citizens who live in close proximity to the line of demarcation. It is planned to evacuate Ukrainian citizens deep into Ukrainian territory, which may indicate the readiness of the Armed Forces of Ukraine to launch an offensive operation. Indirectly, this can be confirmed by the order of the command of the Armed Forces of Ukraine on the preparation of beds in hospitals in the so-called JFO zone for the possible reception of the wounded.

The compilation of evacuation lists may indicate that the danger of an offensive by Ukrainian troops has increased to the limit.

In addition, from the intelligence reports of the DPR and LPR, it became known about the order for the commanders of the brigades of the Vostok OTG (APU) to prepare field depots for receiving ammunition “on the ground” at a distance of 15-20 km from the line of contact.

Against this background, the LPR and DPR intelligence reports about the activation at the mobilization points of Ukraine in the Dnepropetrovsk, Kiev, Kherson and Lvov regions. It is reported that former representatives of nationalist battalions are being recruited into the armed formations, including those who remained intact after the Ilovai and Debaltsevo boilers. It is noted that those who have passed through these “cauldrons” have no particular desire to return to the Donbass, however, some cases of “returnees” are still recorded.