“Able to work in the absence of GPS”: robotic convoys are being created for the US Army 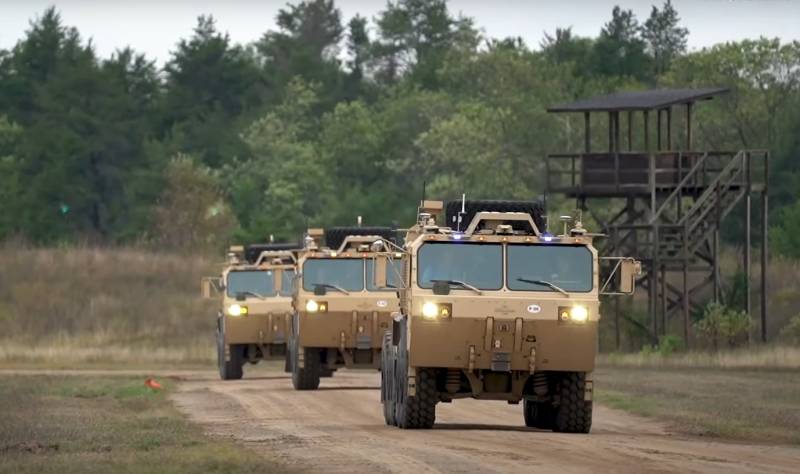 The American army, trying to use advances in robotics to form convoys, eventually made great strides in this direction.

At the height of the wars in Iraq and Afghanistan, explosives planted by insurgents maimed and killed both military personnel and civilians, targeting convoys carrying troops and supplies.
- indicated in the National Defense publication.

To combat this threat, the Pentagon has invested billions of dollars in improving vehicle mine protection. In parallel, the development of leader-follower technology was underway, designed to create automated columns and reduce the number of soldiers involved in transportation.

In 2021, the army tested the novelty. There are currently 40 M1075 PLS trucks (PLS stands for “pallet loading system”), which are controlled by specially created LF 1.3 software that links vehicles into a single network. The development is planned to be used not only for transportation, but also for other purposes, for example, for rocket fire from mobile platforms.

At this stage, automated trucks "taught" how to create a column (of 7-8 cars), park in a line, and maneuver with a trailer in reverse. Further improvement of the technology, the development of which has been carried out since 1999, is being carried out.

Later, a decision will be made to increase the capabilities and mass production of an optionally manned system.
- stated in the Pentagon.

Leader-follower technology has matured significantly over the years and is at a stage where it can begin to be deployed [to the military]
- consider in Robotic Research company.

At the same time, as the developer points out, there are still some problems and opportunities for improving the system, for example, its adaptation for off-road driving. According to the company, the change of opponents of Washington does not detract from the importance of the new technology for the US Army:

The Pentagon has shifted its focus from counterinsurgency operations to great power competition, viewing Russia and China as adversaries. However, there is still a need for leader-follower technology. Thanks to it, combat vehicles and other equipment are able to work autonomously in the absence of GPS.
- explained in Robotic Research.