January 21 2022
4
What are the designers capable of having received carte blanche? Flying equipment, Tanks with four tracks, military robots are just the tip of the engineering iceberg. We present the project "The Strangest Fighting Vehicles of the World" from the creators of the legendary game World of Tanks. The rubric tells about the amazing, daring and failed decisions of tank engineers. The protagonist of this issue is Kranvagn.


The 1940s and 1950s were a bad time for the Swedish armored forces. The military adopted already outdated equipment, and the designers had an extremely vague idea of ​​\uXNUMXb\uXNUMXbmodern combat vehicles. Maintaining neutrality led to the fact that news about the creation in the USSR of heavy tanks IS-3 reached the Scandinavian Peninsula only in March 1950, and for the Swedes it was a shock. The realization of one's helplessness became the impetus for the creation of a machine capable of fighting the Soviet "monster".

Before starting work, experts studied the available foreign tanks. The French played a significant role in this. They hoped for profitable military cooperation, so they provided a captured Tiger II, and even showed an experimental AMX 50. In the end, a tank with powerful frontal armor, thin sides and a swinging turret with an automatic loader became a priority concept for the Swedish designers.

The project started in 1949. The French AMX 50 was taken as the basis. Among the requirements of the military were a specific power of 20 hp / t, the ability to penetrate the frontal armor of the IS-3 (120-150 mm) and a weight of up to 30 tons. In addition, the design of the tank had to take into account the peculiarities of the Swedish landscape. In fact, his main task was to arrive on the battlefield, shoot the store and quickly withdraw.

Closer to the autumn of 1952, 3 concepts were developed: EMIL E1, E2 and E3. They differed in armament, which led to different dimensions and weight. The E1 sample with a 120 mm rifled gun matched the terms of reference best of all. The 6-meter tank weighed 28 tons, had a very low chassis and did not exceed 2,5 meters in height. The 145mm armor was angled, making it even more resistant to projectiles than the IS-7. The length of the gun barrel was only 40 calibers. The gun fired powerful cumulative projectiles, which could well hit the same IS-3. However, according to the Swedish military, firepower was still not enough, and EMIL E1 was eventually rejected.

The choice of command fell on the EMIL E3 project, armed with a 150-mm gun. The car was longer, heavier, weighed more than 40 tons and had to be equipped with an 800 hp engine. The problem was that the Swedes, in principle, did not have engines over 400 hp. They looked for a solution on the side and found it with the American company Continental.

Two companies were involved in the prototype of the car at once: Bofors created the turret and weapons, and Landsverk created the chassis. By this time, the tank had already received a name, under which it remained in stories, - Kranvagn, or KRV. It was assumed that the prototype would be ready in 1955. The first sample was expected by 1956, and the start of mass production was scheduled for 1958. Everything was going according to plan at Landsverk, but Bofors was in trouble. There were problems with both the turret and the gun. HEAT ammunition, stabilization systems and automatic loaders did not work. As a result, the chassis from Landsverk was delivered to the tests with a weight-size layout instead of a turret. 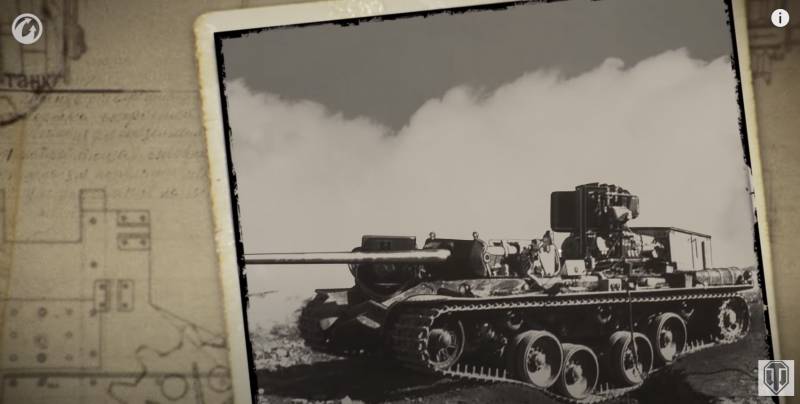 The running KRV proved to be good, and in terms of characteristics it was not inferior to the equipment of other countries. It seemed that before the appearance of a modern heavy tank, the Swedes had very little time left, but the Bofors company did not manage to create a swinging turret. In 1954, work on the project was suspended. In order to equip the troops with modern equipment, Sweden bought British Centurions and closed the topic with that.

According to historians, the world did not see the KRV tank because of the ever-growing demands of the Swedish military, who could not stop in time. A vehicle with a 120-mm cannon could be made even without the use of American engines, while it would hardly have met in battle with the Soviet IS-3s, which were already recognized as obsolete in 1946.

Meanwhile, work on Kranvagn was not useless. The chassis of the vehicle played an important role in world tank building. It was on it that solutions were tested, which were then used on the famous Strv 103. In addition, one of the suspension options became the basis for the experimental Akv 151 self-propelled guns. It did not go into the series, but its automatic loader was later installed on the Bandkanon 1 self-propelled howitzer, which shot 14 shells from the cassette in 48 seconds. In turn, the second Kranvagn chassis is still in the storerooms of the Arsenalen Museum.

For more details about the Swedish tank Kranvagn, see the video from Wargaming.