Zelensky: Ukraine does not want war, but is ready for it 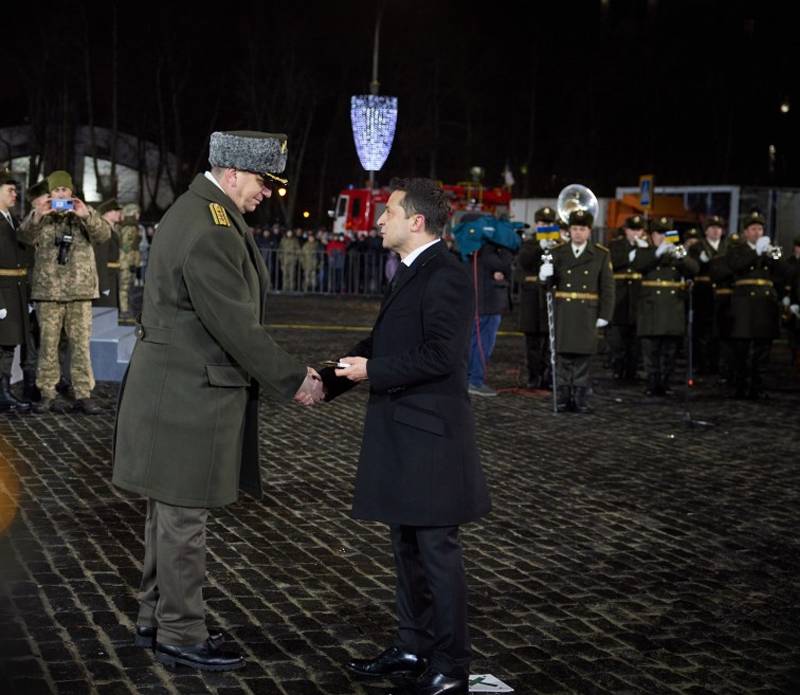 The President of Ukraine recorded an address to the nation. According to Volodymyr Zelenskyy, the country is in a difficult situation. At the same time, the head of the Ukrainian state said that the media are literally overflowing with materials about the "readiness of the Russian Federation to attack Ukraine."

The materials say that this offensive can begin in the near future, tomorrow. But our country has not been living with these risks for the first time, and these risks have not become more.
The President of Ukraine called on Ukrainian citizens not to believe false reports that war could break out at any moment, and also called on the nation not to panic.

The war has been going on for the eighth year now, so there is no need to believe the fakes that it is about to start. No need to run to the store and buy buckwheat and matches.
According to the Ukrainian president, this is especially true for older citizens.

President Zelensky said that Ukraine does not want war, but is ready for it, that the army is improving its combat capabilities every day, that the country relies only on itself in terms of protection and security.

Against this background, in Ukraine they are discussing the statement of the deputy head of the Slovak Cabinet of Ministers, Richard Sulik, about the complete futility of sanctions against Russia. According to the Deputy Prime Minister of the Republic of Slovakia, the sanctions are also detrimental to those who introduce them, who have been supporting them for years. Sulik added that no sanctions can be used to ensure that Russia returns Crimea to Ukraine.

We need to move forward, build relations with Russia.
The Ukrainian Foreign Ministry, reacting to this statement, called it unacceptable and demanded that the official Bratislava apologize to the Ukrainian address. In Kiev, they believe that in this way the Slovak authorities support "violation of international norms."