21 September 2012
12
Development tanks 4 generations are currently at a dead center. There is a lot of controversy, many projects of promising tanks are being developed. Disputes of experts affect a fairly large area of ​​tank construction, including with respect to the turret of the tank. It is about the habitability of the tower.

We offer a look at the experience of Jordan. The country can not be called a giant creating armored vehicles, but it was there that they began to experience a tank with a tower part of an uninhabited type. Installing a combat module in a modern tank automatically translates it into the 4 generation of tanks. There are no exact data and characteristics for the tank under test. TARIQ AB9C4 tank is a joint project of Jordan with the Republic of South Africa. 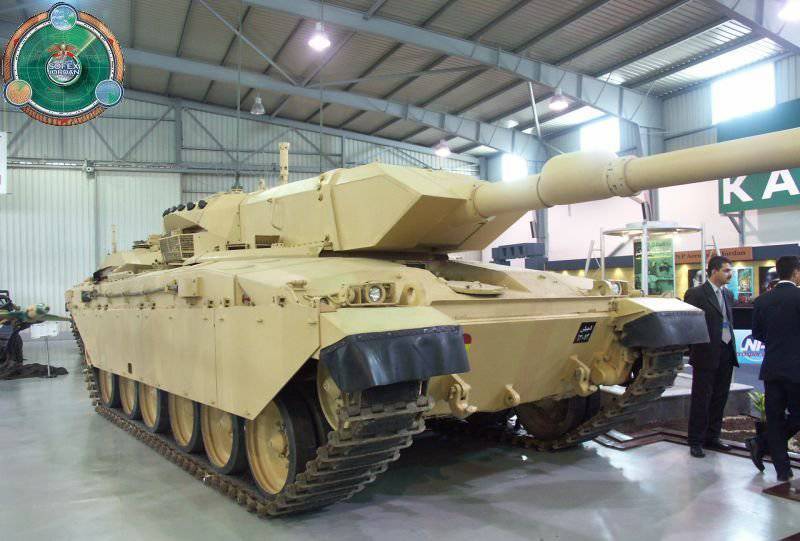 The installed combat module was created for use on the chassis of British tanks like the Challenger and the Chieftain - these countries (South Africa and Jordan) were focused on the purchase of their armed forces, mainly English-made.

A combat module compared to the tower manned part can be created with a reduced nose area, which will ultimately lead to a reduction in its own dimensions and a decrease in the chances of enemy ammunition getting into it. And in the case of a tank occupying a defensive position of the “tank in a trench” type or behind an overall terrain object, reduce the chances of the enemy getting into the tank to a minimum. The crew, located in the internal compartment of the tank, becomes more protected than in the tower.

The combat module of the tank is called "Falcon". This project received the support of Jordanian King Abdullah II. Perhaps the tank will be named either by the name of the tower part or in honor of the king. The lion's share of all work is carried out by the Royal Design Bureau of Jordan - King Abdullah II Design and Development Bureau. It works closely with several South African design bureaus and companies, and a number of foreign firms.

The bureau was established in 1999 in order to provide its own aircraft with scientific and technical services with the possibility of long-term R & D. KADDB was also required to consolidate Jordan’s industry in the production of its own projects. The main developer of the uninhabited combat tower is a subordinate Praetorian bureau of the Mechanology Design Bureau, which has experience in creating armored vehicles of its own project. The design bureau was assigned to the MDB Design Bureau. Currently, the design bureau participates in the Project Merlin program, a collaboration of the Jordanian and South African military industries, in which various bureaus, firms and companies participate.

But still the basis of the tower are the Swiss and British design. The main criterion for the creation of an uninhabited tower part is to increase the combat and effective power of the tanks that are used by the Jordan NE.

Now in service of the Jordan are mainly 4 series of the tank:
- rather outdated “Tariq”, which is a modernization of the English tank “Centurion”, the main armament is a L-105 rifled 7mm gun;
- The American M60AZ is also armed with a 105mm gun. The gun M68 is the American equivalent of the English "L-7";
- “Khalid” with 120mm rifled gun “L11”, which is a modification of English “Chieftain”. The main change is a more powerful engine;
- Al Hussein or English Challenger 1. He is the most modern of all tanks, standing on the arms of the Jordan.

Battle module "Falcon"
For the first time a new uninhabited tower was shown to the public in 2003. The main tool - 120mm smooth-bore "CTG" (L50). It is provided with the ability to fire all 120mm NATO standard ammunition. The CTG cannon is a Swiss development created by RUAG Land Systems. Maximum gun firing rate up to 8 shots per minute. The autoloader can hold up to 17 ammunition; additional ammunition is located in the inner shell of the turret. It is this 120mm gun that is today the most promising 120mm caliber among Western counterparts. A clear advantage of the Swiss gun is the use of very high strength steel in the manufacture of the barrel. The strength of the gun barrel confirmed a number of tests. The “CTG” barrel withstands the ultimate load of almost 30 percent higher than that of competing counterparts. 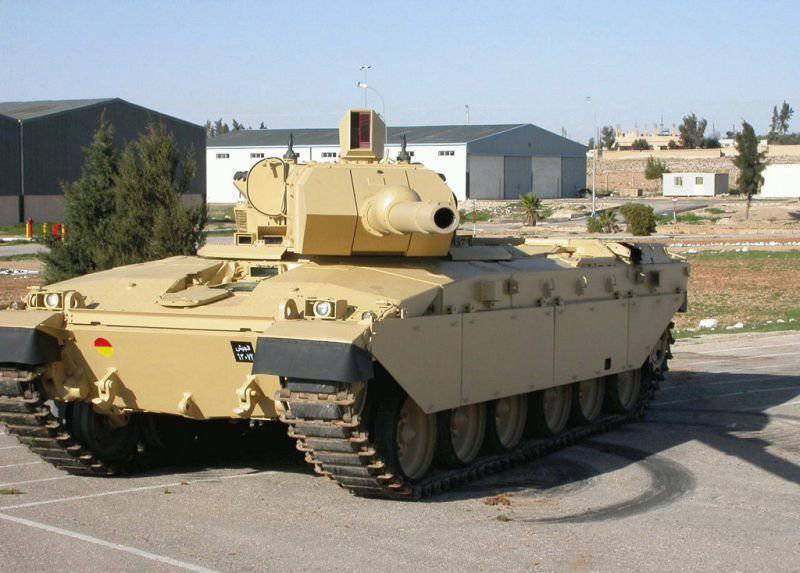 The crew of the TARIQ AB9C4 tank with an uninhabited tower - two people (commander and gunner BM). Judging by the photos, they are placed left / right in the tank hull. They are located, in fact, under the tank tower. The charging mechanism is made in the niche of the stern of the tower. Additional weapons - one machine gun caliber 7.62mm.

Equipment Falcon BM - modern equipment thermal imaging, aiming, navigation and MSA. Installed an automatic fire extinguishing system and a system of protection against weapons of mass destruction. The combat module has a remote control that allows you to fully protect the crew under armor. Front turret reinforced composite armor.