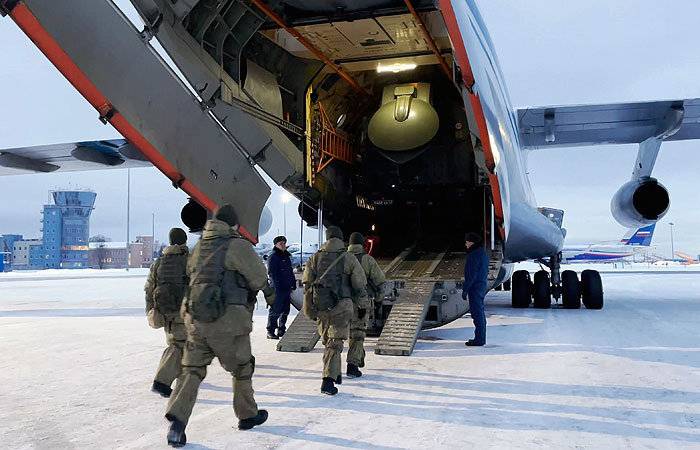 So, the operation "Peace Enforcement" in Kazakhstan has ended.

And in a very short time frame. Seeing the troops in front of their own noses, tens or even hundreds of thousands of rebels and marauders who joined them immediately “turned on the back”. More than five thousand people, whom President K.-J. Tokayev called it a “flock of hyenas,” and ended up behind bars.

What follows from all this?

What conclusions should all participants and event operators draw?

So far they are diametrically opposed. 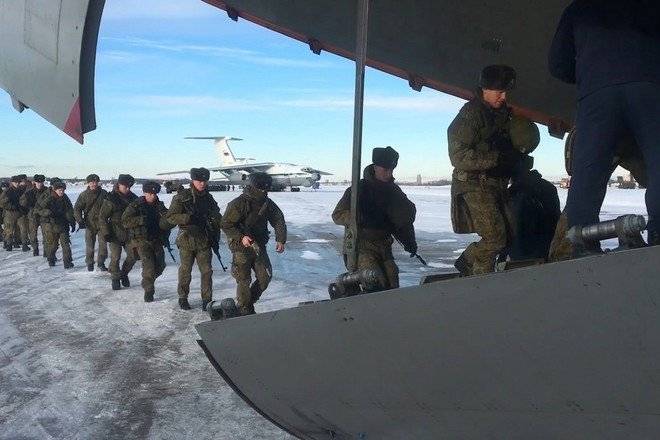 Photo: Russian Ministry of Defense
The army team was extremely satisfied with the military-technical side of the action.

Russian paratroopers have shown the world the highest level of mobility. From the Ivanovo barracks to the Kazakh steppes. And in a couple of hours. The CSTO confirmed its status as a military alliance. Alliance troops received the first experience of combat coordination.

But were politicians and diplomats satisfied?

This question is still open.

“What are our fighters, call boys, or what? - military expert Alexander Zhilin, a retired lieutenant colonel, is perplexed, pleasantly surprised by the swift throw of our units, and unpleasantly - by the equally rapid curtailment of the CSTO mission. 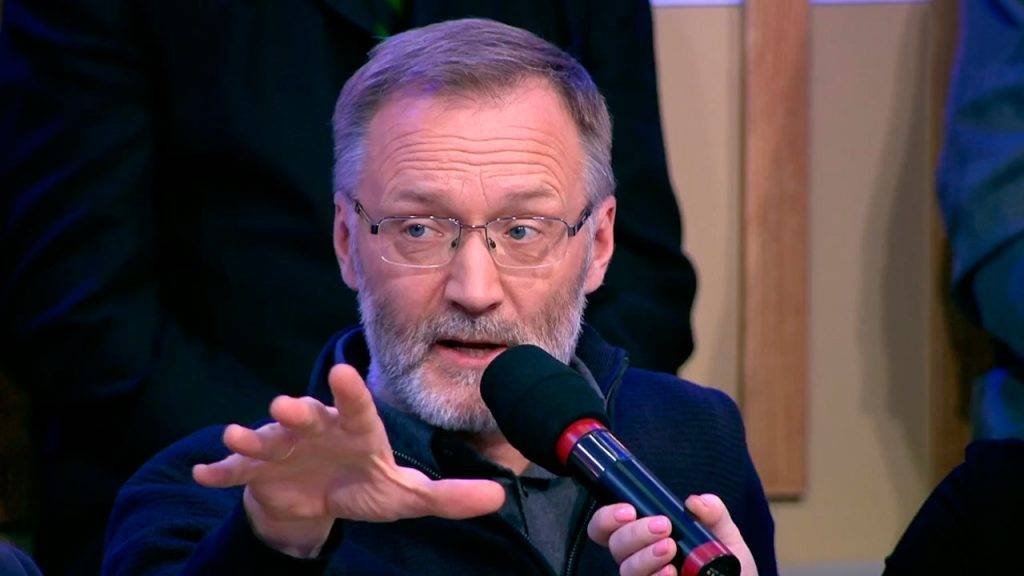 Source: miheev-politolog.ru
Political scientist Sergei Mikheev suggested that for K-Zh. Tokaev, everything is just beginning - given his still weak resource. Although a number of domestic political steps, clearly prompted by Russian political technologists, are playing into his hands so far. And Sergey Alexandrovich repeatedly made it clear in his speeches that in this way our troops could well turn around to protect the Russian population living in Kazakhstan.

Although it is not entirely clear what this implies.

Firstly, the Russian population did not take any part in this revolt of conspirators and marauders (except for the Russian officer of the border school who died in the shootout), and no one touched him. These were exclusively intra-Kazakh disassembly of clans and the struggle for the vacant chair of the main bai.

Secondly, Russophobia, which has become one of the foundations of the country's national ideology, is a terribly contagious disease (as practice shows). And it is necessary to burn it out not with exhortations, but with concrete actions. And sometimes very harsh.

Judging by recent events, words do not work now in the sphere of foreign diplomacy either. Only cases count. And, alas, Tokayev once again clearly confirmed this - by the very first appointment to the post of Minister of Information of the terry Russophobe Askar Umarov (pictured). 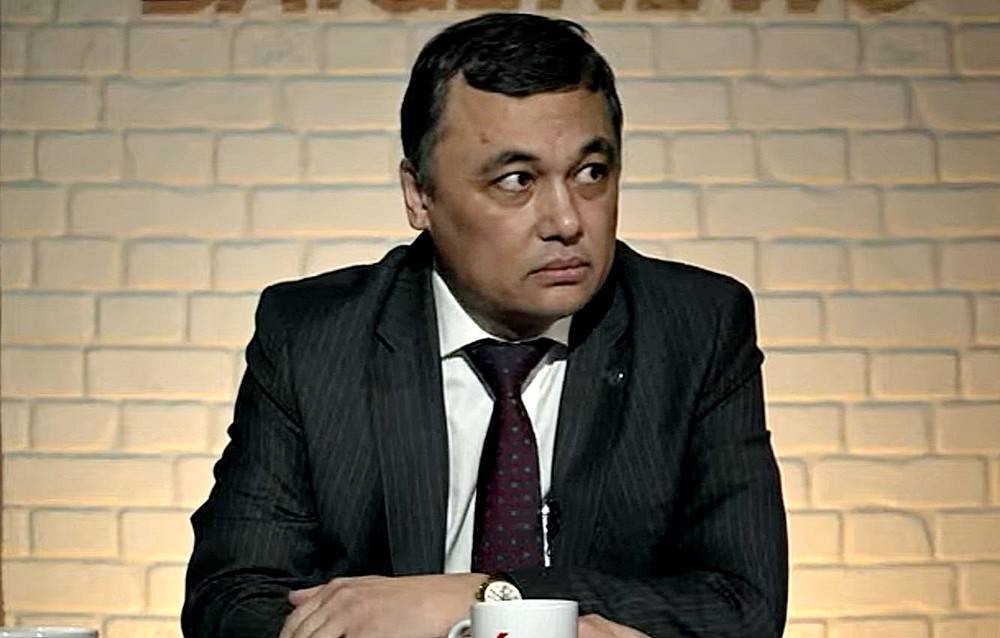 Is it possible to count on any kind of gratitude from the new bai, supported by the bayonets of the Russian troops?

Gratitude is not an integral part of big politics at all.

Yes, and the nature of people too. This is a short lived event. And knowing the national character of the Kazakhs, we can safely assume that in a couple of months they will consider the appearance of troops in their country as some kind of temporary misunderstanding, a mirage, a plot from a fairy tale.

It was - and floated away. Or maybe it didn't exist at all. I dreamed of all this ... And now we will figure it out here ourselves, without the Russians. This is our land, and we are the masters in it. Everyone else is a guest. Often uninvited.

And how they will understand - it's easy to guess. The army of arrested marauders will be amnestied for the most part. But the only Kazakh Russophile in the whole country, blogger and human rights activist Yermek Taychibekov, who was thrown by the republic’s authorities for his beliefs behind a “high-security prison”, will never be released.

Although this could well become a gesture of goodwill of the Kazakh authorities in relation to Russia and to the few supporters of closer Russian-Kazakh integration.

The entire Kazakh elite and the Kazakhs themselves have been terribly proud of their statehood in recent years. And the fact that this state is “made of cardboard, invented and drawn”, as political scientist Sergei Mikheev noted, is the tenth thing. It's you Russians who think so. We Kazakhs think differently.

And we will continue to wishful thinking and sing songs about a stable and prosperous Kazakhstan. True, as it turned out, not only the state itself, but also the army and police guarding and protecting it, are “drawn” and “fictional” in Kazakhstan. Photo: nur.kz/Vladimir Tretyakov
For taking bribes on the roads, playing cards in the barracks and resisting an angry mob are two different things. Even diametrically opposed. But such is the Asian specificity.

On the other hand, for ten years we have been training a local army of Tajiks and Uzbeks in Afghanistan. And this army was able to resist the Taliban for less than two years after the withdrawal of our troops.

The Americans generally trained the Afghan police and troops for almost twenty years. American journalists caustically joke that with the money that the White House poured into Afghanistan, it was possible to educate all Afghans, their harems, their children and all donkeys involved in the economy at Harvard and Oxford.

And as a result, trained soldiers of the local national army, faster than a mountain fallow deer, fled from the incoming Taliban, throwing Hummers, Tanks and helicopters.

And is it worth it then to bother with teaching the untrained?

Let them learn military (and police) business in a real way without us. Somehow.

So it's all for nothing?

Let's start with the fact that we, and together with our allies, nipped in the bud a civil war that is rapidly flaring up in a neighboring country. Or rather, the bloody slaughter of clans according to the African version.

And thus we achieved peace on our common borders.

And they are huge. Moreover, this war would rapidly suck into its funnel flows of radicals and Islamists from all neighboring Asian regions - up to Afghanistan.

Surely, some fundamental agreements were reached on Baikonur and the prospective deployment of Russian military bases at key points - in the area of ​​the same uranium mines, for example.

No less important is the complete coincidence of positions towards Kazakhstan in China and Russia - the two great neighbors of the former Asian "island of stability". This means that neither Turkey, nor the United States with Europe in Kazakhstan will allow anyone to "play like an adult" in geopolitics.

And not only Erdogan's longed-for dream is being postponed - the Caspian will not be taken into the Turkish "ring of influence". Failed players realized that this is the zone of our vital interests, and please do not meddle here. To avoid.

It is important to realize, albeit in this way, that the myth of the stability of the neighboring republic collapsed like a house of cards. Because myths, especially in geopolitics, are a very insidious thing.

One of the reasons for the fall of the seemingly unshakable Soviet Union was precisely the mythologization of real life, which actually accumulated a critical mass of unresolved problems. And the soothing myth was replaced by a cruel life reality.

And I also really want to hope that now close cooperation between Russian and Kazakh special services will be established in the republic. And specialists from Kazakhstan will not run and follow the local Russians, but fight Islamic radicals.

And they are there.

Tens of thousands of young people in Kazakhstan have "sat down on the mat" over the past few years. And cutting off the heads of local law enforcement officers is still not a Kazakh national tradition. This is the handwriting of uninvited guests from abroad.

The “dislocation” of Islamic radicalism in Kazakhstan must not be allowed to grow to dangerous proportions. So the specialists have something to attend to.

True, it so happened that the chief Chekist of Kazakhstan himself ended up in prison after the putsch - as the main suspect in organizing the rebellion.

How else to explain the fact that twenty thousand "sleeper agents", about which the president spoke, somehow magically did not fall into the sphere of attention of the Kazakh special services?

Only one - the local special services "slept with them in an embrace." Most likely, at the direction of his chief security officer.

And the biography of the country's chief intelligence officer itself hints at the fact that he was not recruited except perhaps by Martian intelligence.

But even if the boss is now destined to "sit on the bunk" for many years, then the normal Chekists have remained in the office. And it is from them that we will have to make a reliable shield against Islamic radicalism.

And do it together with the Russians.

No wonder the same Mikheev recalls that

"We Russians have always been strong in our toughness, openness and straightforwardness."