Ambition Above All: American Destroyer of the Future 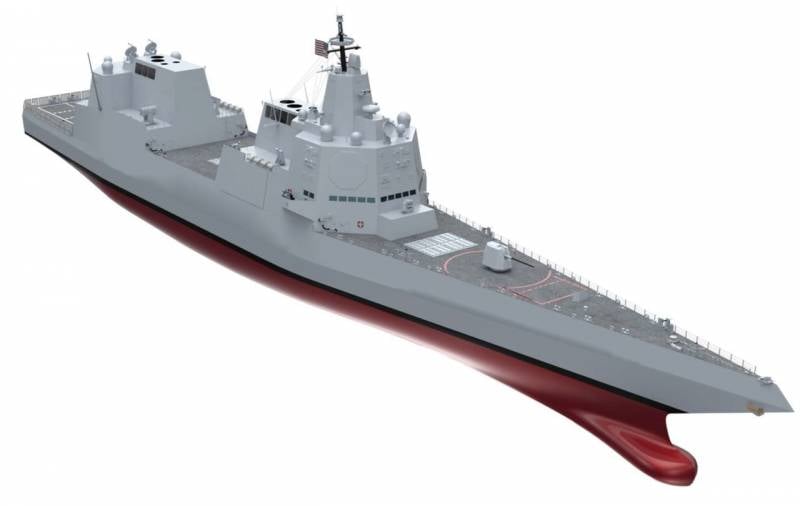 Instead of "Zamwalt" and "Arleigh Burke"

Today, the US Navy is the most powerful in the world: this applies, in particular, to fleet guided missile destroyers weapons. The Americans built 70 (!) Arleigh Burke-class destroyers. The ship is constantly being improved, making it more and more dangerous for opponents. US ambitions are growing.

Theoretically, China can overtake the Americans, especially since the Chinese shipbuilding conveyor is running at full capacity. Beijing has already put into service about 20 Type 052D destroyers (they have been built since 2012), as well as four, without exaggeration, giant Type 055 destroyers (total displacement is 13 tons), which are sometimes called "cruisers" in the press. 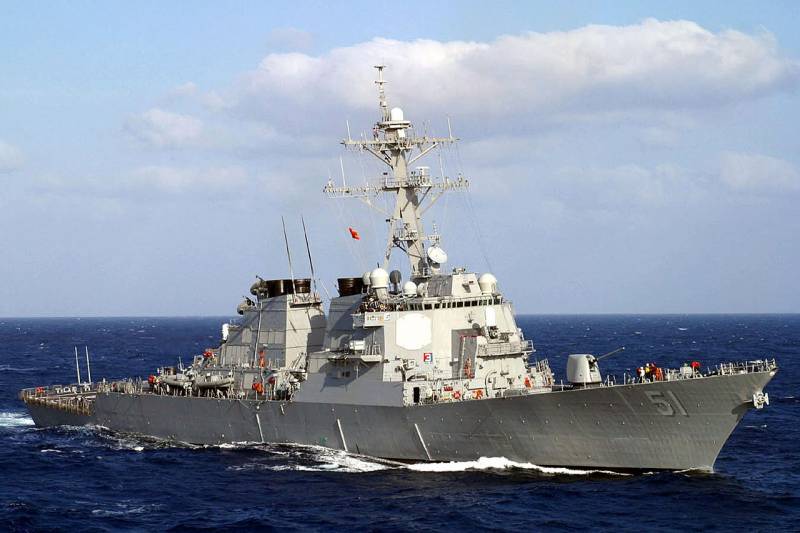 Chinese forces are not enough to pose a real challenge to the Americans.

At the same time, the Americans themselves are experiencing serious difficulties.

The destroyer has become a real symbol here. Zamvolt, which can be deservedly called "the most unfortunate ship in stories US Navy. "

Initially, the States wanted to build 32 of these ships. Later, this number was reduced to 24, then to seven, and finally to three units.

The real talk of the town was the armament of the Zamvolt, but this is a separate story, very sad for the US Navy.

Another destroyer will become a real replacement for the Arleigh Burke-class ships.

The program was called DDG(X) or Next-Generation Guided-Missile Destroyer. It was the culmination of the Large Surface Combatant (LSC) initiative, which followed the cancellation of the CG(X) program, reduced purchases of Zumwalt-class destroyers, and the possible need to replace existing destroyers and cruisers. LSC eventually morphed into DDG(X) with a program office established last June.

De facto, this is just one of the possible ship configurations. Nevertheless, it allows us to draw some conclusions.

We are talking about an extremely large ship (the exact dimensions are not specified), which will have broad anti-submarine and strike capabilities, as well as powerful directed energy weapons.

The DDG (X) concept itself and some details of its design were presented as part of the Surface Navy Association National Symposium, which was held in Arlington (Virginia, USA). The Americans do not abandon the production of destroyers "Arleigh Burke", however, the capabilities of the ship are considered insufficient, in terms of its ability to continue to receive updates and improvements in the future. This is inextricably linked to the hypersonic weapons that the United States is now building.

As it became known earlier, the troubled "Zamvolt" will be the first of the ships with which it will be supplied. At the same time, as noted above, there are only three such destroyers, and ships of the Arleigh Burke type may not have enough internal space to become real platforms for launching hypersonic weapons. 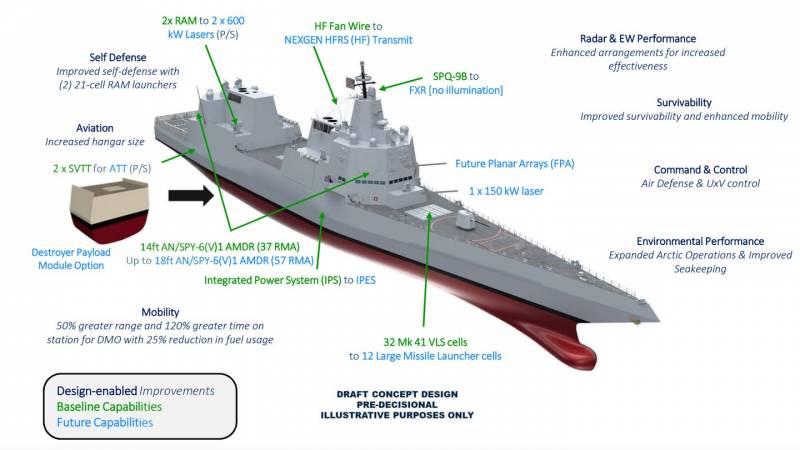 First of all, the concept of DDG(X) attracts attention.

Apparently, the United States finally abandoned the idea of ​​​​getting an "inconspicuous" fleet. The new ship is much more like the Arleigh Burke than the Zamwalt.

The Navy itself has claimed to be using an "evolutionary" design approach. This means that it draws on technologies proven on the Ticonderoga-class cruisers, as well as in the modernization of the Arleigh Burke-class destroyers.

The ship was initially created to meet the requirements of the Asia-Pacific region with an eye to operations in gigantic sea spaces.

In addition, he will be able to operate more effectively than his predecessors in the Arctic region.

The cruising range of the ship will increase by about 50 percent compared to its predecessor. This is expected to be achieved, at least in part, by improving fuel efficiency as well as reducing fuel consumption by at least 25 percent.

DDG(X) will rely on elements of the combat system inherited from the Arleigh Burke, including the AN / SPY-6 radar system, as well as the ship's AEGIS Baseline 10 multifunctional combat information and control system.

First, the ship will receive two 21-cell Rolling Airframe Missile (RAM) anti-aircraft missile systems, which are already widely used. Later, they plan to install two lasers with a power of 600 kilowatts in their place. They will be ten times more powerful than the laser systems currently in use. Experts call a 600-kilowatt laser optimal for destroying low-flying cruise missiles. In addition, DDG(X) will receive a 150-kilowatt front-mounted laser.

The Navy anticipates that the DDG(X) will have "about the same capacity" of strike missile weapons as the destroyer DDG-51 Flight III, which has 96 cells.

How exactly this will be achieved is still unclear.

It is known, however, that in the future they want to replace the Mk 41 installation with 12 larger cells. They will probably be adapted for new hypersonic missiles. Be that as it may, the armament of the DDG(X) may change over time: the size of the ship allows you to increase the number of missiles. 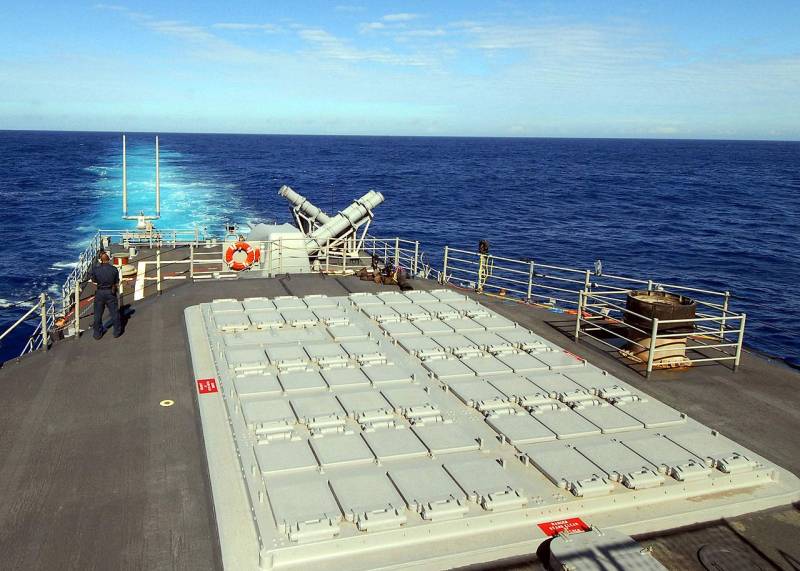 Of the obvious advantages over Arleigh Burke is a larger hangar where manned helicopters and drones can be based. They want to equip the destroyer with an additional destroyer payload module, which can be regarded as another attempt to put into practice an ambiguous modular concept.

As for the timing, it's hard to say anything right now. The Navy has previously said it intends to start building new destroyers by fiscal year 2028.

In general, the program raises many questions.

For example, while there is no clarity about the upcoming costs.

The price of the ship's hull is estimated at about one billion dollars: everything else can be calculated separately. DDG(X) will almost certainly become one of the most expensive programs in the history of the US Navy and will cause a lot of controversy and controversy.

In this regard, it is appropriate to recall the gigantic funds that the Americans will have to spend on a new generation multi-purpose submarine (SSN[X]) and a Columbia-class strategic submarine.

In addition, the United States is pursuing an ambitious next-generation Constellation-class frigate program (and that's not counting the Gerald R. Ford-class aircraft carriers and America-class amphibious assault ships). It is difficult to imagine all this in practice, but so far the US naval ambitions do not run counter to their financial capabilities.