21 September 2012
10
At the very beginning of next year, the new US President will take office. Perhaps this will again be B. Obama, and maybe M. Romney will replace him. Anyway, after the elections, a number of characteristic things usually happen, such as substitutions in leadership positions, correction of the country's political course, etc. Naturally, at the end of the election campaign, the new president and his administration will have more time, which can be used to solve internal and foreign policy problems. One of them is missile defense, in disputes about which many copies were broken. 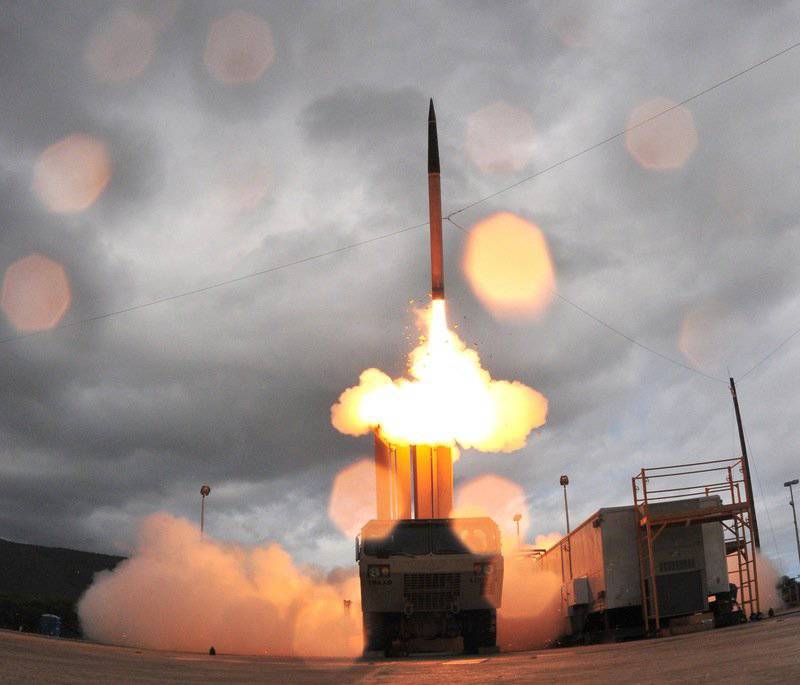 First of all, it is worth noting the main differences between the election slogans of both candidates. From a variety of statements, it follows that in the case of B. Obama’s re-election, Russia may perhaps count on some concessions from his side in the area of ​​Euro-Atlantic missile defense. The words of his rival M. Romney, in turn, do not promise an easy solution. Romney too often repeats his thesis about the need to confront Russia. Obviously, if elected, he will in every way slow down and sabotage any negotiations that could lead to any losses, including small ones. At the same time, so far negotiations on missile defense have also proceeded without much success, so Romney’s pressure may not have the expected effect on the Russian side.

Previously, it was repeatedly proposed to distinguish between missile defense systems of various classes and impose restrictions on the basis of this separation. In other words, to protect against the missiles of the same Iran, European countries will have enough anti-missile systems, the range of which will be sufficient to destroy medium-range ballistic missiles. Since Iran’s ballistic missiles are currently the “official symbol” of the construction of a Euro-Atlantic missile defense system, then let Europe be able to defend against such an attack. As for the United States, according to this logic, they can not worry - the geographical position reliably protects the country from missiles, whose range is shorter than intercontinental.

The second class of antimissile systems implies protection against intercontinental ballistic missiles. Since only a few large and powerful countries have similar means of delivering a warhead, it is proposed to limit the creation of such missile defense systems in order to avoid disrupting the current state of nuclear deterrence. An agreement on the division of missile defense into two main classes was already reached in the late nineties, when the United States and Russia signed a protocol on the delimitation of strategic and non-strategic defense. True, neither side has ratified this document. According to the protocol, the boundary of the separation of missile defense systems was based on the speed of the interceptor missile at 5 kilometers per second. The division of classes according to the speed of the interceptor had certain grounds. So, for interception of short-range and medium-range missiles, anti-missile in most cases is sufficient speed less than those same 5 km / s. Destroying more serious targets, in turn, requires greater speed. Of course, the specific value of the interceptor speed depends on a variety of conditions, but after a series of consultations with specialists, this was chosen.

An interesting fact is that the US military and experts, despite the policy pursued by the Pentagon and the White House, agree on the need to develop a non-strategic missile defense system designed to hit medium and short-range missiles. In February of this year, the report of the commission under the Euro-Atlantic Security Initiative was published. Several experts from different countries came to the conclusion that the greatest threat at the present time is far from intercontinental missiles, but medium-range delivery vehicles, whose radius of action does not exceed 4000-4500 kilometers. It is these means of delivery of warheads that already exist and will appear in the coming years in third world countries, including the so-called. unreliable modes. The existence of medium-range missiles has been confirmed in respect of six countries, four of which also have nuclear warheads. Presence of nuclear weapons the other two, Iran and Israel, have not yet been established. In the United States and Russia, such weapons are completely absent after the fulfillment of the treaty on the elimination of medium-range and shorter-range missiles. A few years after the fulfillment of the terms of the agreement, in 2008, then the then US presidential candidate B. Obama offered to open the Treaty to everyone. Russia supported this initiative, but since then no country has acceded to the agreement and has not even expressed such intentions. It is understandable, not all have intercontinental missiles, and medium-range delivery vehicles in this case are the longest "hand" of the armed forces of a developing country.

All countries with medium range ballistic missiles are located on the Asian continent. Accordingly, they can threaten Russia and Europe, but not the United States. In addition, not all countries with such missiles can “reach” to most European countries. Strictly speaking, this fact is the basis of criticism regarding American initiatives on joint Euro-Atlantic defense. It should be remembered that the missile defense system now being developed in Europe is strategic in its characteristics and should be able to destroy intercontinental missiles. So the situation takes on a very interesting look: under the guise of defense from Asian countries, a system is being built in Europe, the capabilities of which far exceed the potential threat. There are two main explanations for this. The first concerns unkind plans to reduce the effectiveness of Russian nuclear forces, the second concerns the complexity and duration of missile defense construction.

For obvious reasons, the first explanation is more popular in our country. However, in fact, both have the right to life. The current state of the Euro-Atlantic missile defense project, as well as the financial situation in the United States in the very near future can have an extremely unpleasant effect on the implementation of the program. Many experts, and a number of American politicians, are expecting a sequestration of the budget early next year, and every day the arguments in favor of this assumption sound more convincing. In the course of spending cuts, the military budget is likely to suffer. Therefore, allocations for a number of programs will be cut, among which, possibly, Euro-Atlantic missile defense will be found. In addition, programs to develop new antimissiles, missile defense ships, etc. may be affected. Thus, the Euro-Atlantic antimissile system has certain prospects. But the volume of real construction and its terms are a big question. More or less confidently, one can speak only about actions up to 2018 of the year, although here too there are certain doubts.

There is enough reason to doubt the reality of the existing plans. For example, not so long ago there was a small conflict regarding the expansion of plans for the construction of anti-missile systems. In April of this year, the Commission of the National Academy of Sciences of the United States submitted its report, which proposed to change the structure of the entire missile defense system. To do this, it is necessary to create in the eastern states of the United States a third missile defense area in which at least a hundred interceptors will be used with a flight speed of about six kilometers per second. Such a promising anti-missile at the cost of additional development costs will significantly save on the European part of the entire missile defense system. The third positional area on the east coast will allow removing missile defense systems from Poland and reducing their number in other countries. True, this requires creating a new interceptor missile, which in current conditions looks like a rather controversial decision.

After analyzing the report of the National Academy, the United States Congress instructed the Department of Defense to submit the Third Position Area plan next year, and to deploy at least two dozen antimissiles in it by 2015. Such initiatives by the House of Representatives have been criticized by the Senate Defense Committee. The conciliation commission of the Congress will be held in a couple of weeks. It should analyze all the differences and find a compromise between the House of Representatives, who wants to strengthen the missile defense system and reduce the costs of foreign parts of the system, and Congress, whose plans include only spending cuts. While different parts of the US Congress were sorting out among themselves and agreeing to hold a special meeting, the Pentagon and the presidential administration said their word. According to the Minister of Defense L. Panetta, the Third Positional Area is not needed and will only complicate all the work to create a defense system. The Obama administration agrees with him, moreover, she intends to veto the draft budget for 2013 a year, if it provides funding for the construction of a new positional area. Given the possible budget sequestration, such disputes are quite understandable and explainable.

As we see, in the creation of a Euro-Atlantic missile defense system there are a lot of issues, both financial and technical in nature. The works are quite complex, so they take a lot of time and effort. For this reason, too, the creation of the antimissile system is being conducted by the United States together with other states, although the participation of Europe cannot be called significant. An alternative to the current approach could be the creation of a unified missile defense system, in which both Europe, the United States and Russia will participate. It is unlikely that Moscow and Washington are now ready to go for it, but it is also not worth it to completely exclude the possibility. A joint project can be started, for example, by signing a so-called. executive agreement. This type of international treaties under US law does not require the approval of Congress and allows you to immediately begin the implementation of its conditions. Unless, of course, the leadership of states considers such cooperation necessary. For example, M. Romney, if elected, will definitely not agree to such cooperation.

Creating a Euro-Atlantic missile defense system is still far from complete and requires a lot of time and effort. Since current trends, in particular the need to reduce budget expenditures, do not help speed up the construction process, the next US president will have to solve the accumulated problems, and with them those that will appear in the future. Perhaps a large number of problems and delays in creating missile defense will affect the position of the United States and they will have to reduce their plans or make concessions. It is unlikely that Washington will begin to abandon a large number of its plans, but it will definitely have to reduce their list. For Russia, this reduction may have positive consequences. For example, due to numerous problems, Americans will finally agree to give guarantees that their missile defense system is not directed against Russian nuclear forces. The likelihood of such a development is small, and the previous actions of the US leadership directly confirm how important it is for the lack of guarantees. However, everything is possible in politics and such a development cannot be ruled out.