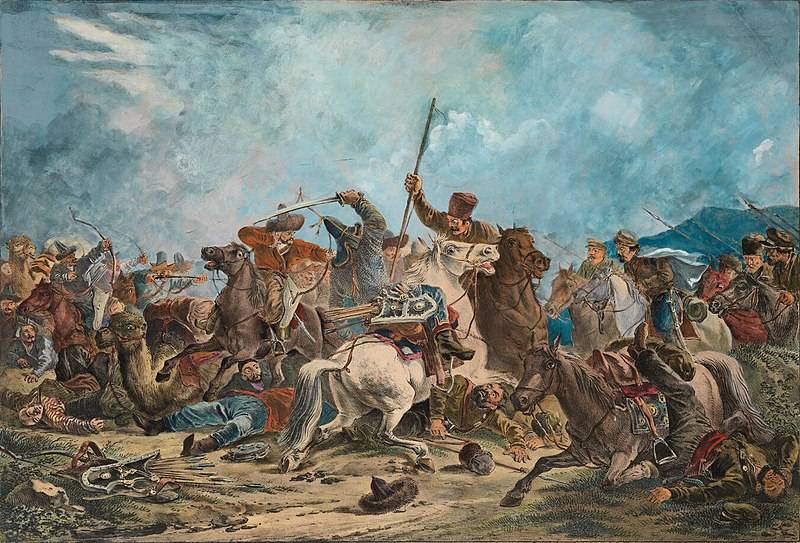 The battle of the Cossacks with the Kirghiz. A. Orlovsky
The territory of the khanate was included in the Turkestan Governor General as the Fergana region. M. D. Skobelev became the military governor of the region. Thus, Russia completed the conquest of the eastern part of Turkestan.

The conquest of Central Asia had its own characteristics and differed from the annexation of Siberia.

Seven thousand miles from the "Stone" (Ural) to the Pacific Ocean were passed and mastered mainly by the Cossacks, explorers and industrialists. State involvement was minimal.

Siberia was, as it were, a natural continuation of the Russian Plain, climatic, natural conditions, of course, were more severe, but familiar. Endless forests, swamps and huge rivers.

In the south the situation was different.

Up the Irtysh and to the south and southeast of the Yaik (Urals) stretched boundless sultry steppes that turned into salt marshes and deserts. The steppes were inhabited not by scattered clans of small peoples of Siberia, but by numerous hordes of steppe dwellers who occupied oases. Often they were the heirs of more developed states, with trading cities and fortresses. The steppes were warlike, familiar with firearms. weapons.

Nomadic hordes were dependent on three Central Asian state centers: Khiva - in the west, Bukhara - in the middle part and Kokand - in the north and east.

When advancing from Yaik, the Russians encountered Khivans, and when moving from the Irtysh, they encountered Kokandians.

These were warlike peoples, and for a long time Russia had neither the desire nor the strength to go south in this direction. Plus natural difficulties.

Therefore, in the XVII-XVIII centuries. the Russians were mostly on the defensive.

The nest of ferocious predators, slave traders - Khiva, was, as it were, in an oasis, fenced for many hundreds of miles by terrible deserts. The steppe dwellers staged constant raids on Russian settlements in the Southern Urals, ravaging and burning them, smashing merchant caravans, and stealing people for sale into slavery.

A similar situation, but on a larger scale, previously existed at the border with the Crimean Khanate.

That is, the state formations of Central Asia had a distinct parasitic, predatory character. It is also worth remembering that the khans, feudal lords and their nukers robbed their common people, who survived in the most difficult conditions.

The attempts of the Yaik Cossacks, very brave and active, to answer were unsuccessful. The task was too difficult, and the forces were not enough. Only a few of the brave men who went to Khiva returned to their homeland. So, in 1600, Ataman Nechay went to Khiva, in 1605 - Ataman Shamai. They took and ravaged the city, but died on the way back.

Thus, at first the movement of Russians to the south was connected with the question of simple self-preservation, survival. It was necessary to pacify the ferocious predators so that there would be peace in the southern Urals and Siberia. To live fully, without fear that enemies will come, burn down their home and take their children away to be sold into slavery. 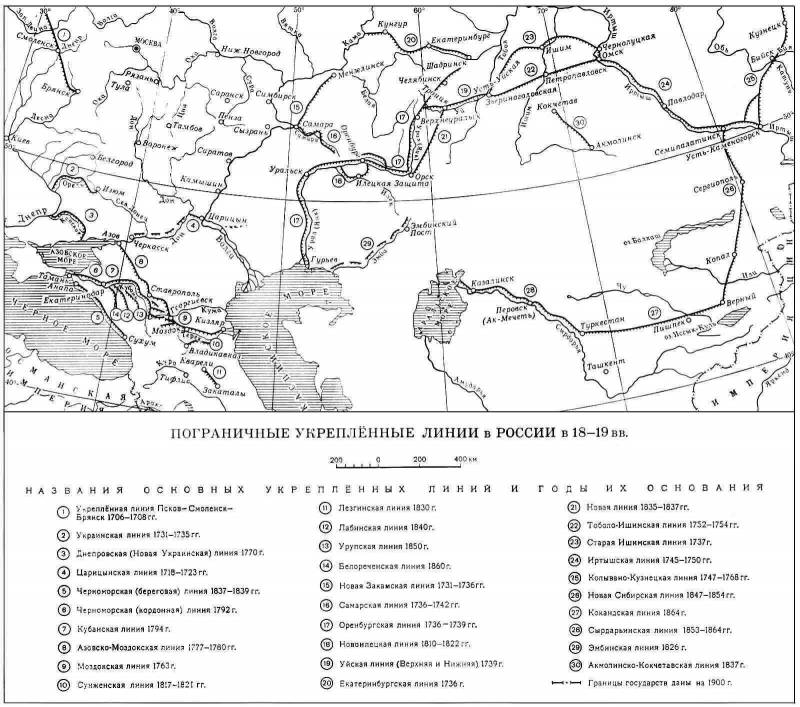 The case began to move forward when the state took over. When the conquest of Central Asia became a strategic task for Russia.

Bekovich's detachment was sent by Tsar Peter in 1717 to the south in order to persuade the Khiva Khan into citizenship and find a way to India. Bekovich also had to explore the old channel of the Amu Darya (it was believed that the Amu Darya used to flow into the Caspian), if possible, dismantle the dam and return the river to the Caspian Sea.

Bekovich defeated the enemy and reached Khiva, but was deceived.

Shergazi Khan expressed his humility and suggested that the Russians divide the detachment into several groups so that it would be easier to provide for them. Then the Khivans slaughtered or captured our units with surprise attacks. Bekovich-Cherkassky was slaughtered at a feast.

"Disappeared like Bekovich near Khiva" - they began to say since then.

For a century and a half, the dream of penetrating into Central Asia from the Caspian was forgotten. The spread of Russian statehood to the southeast was stopped for the entire XNUMXth century.

Almost simultaneously, a detachment of Buchholz was sent from Siberia up the Irtysh.

In 1714, Peter instructed the lieutenant colonel to go to the city of Erket (Yarkand in Xinjiang) and find gold there, and also build fortresses on the Irtysh.

The campaign failed due to opposition from the Dzungars. However, the Buchholz expedition began to build towns and prisons on the Irtysh, marking the beginning of the Siberian line. In 1716, the Yamyshevsky prison and the Omsk fortress were founded, in 1717, between the Omsk fortress and the Yamyshevskaya fortress, they began to build the Zhelezinskaya fortress. In 1718, Semipalatinsk, Ubinsk and Polon-Karagai fortresses appeared, in 1720 - Pavlodar and Ust-Kamenogorsk.

Thus, a line of posts and fortifications is being created along the Irtysh from Omsk to Semipalatinsk and Ust-Kamenegorsk to protect Russian possessions from the steppes.

Subsequently, the Siberian line was extended to the Chinese border.

Having thus protected Siberia, the Russian authorities began to actively strengthen the Urals.

The Trans-Volga steppes were settled, the borders with Volki and Kama were moved to Yaik. The Yaik Cossacks are included in the general system of border defense. In 1735, Orenburg was founded and the construction of the Orenburg line began, which first went along the Yaik, then was moved forward to Iletsk.

Thus, two offensive bridgeheads of Russia in the south were created - Siberian and Orenburg. 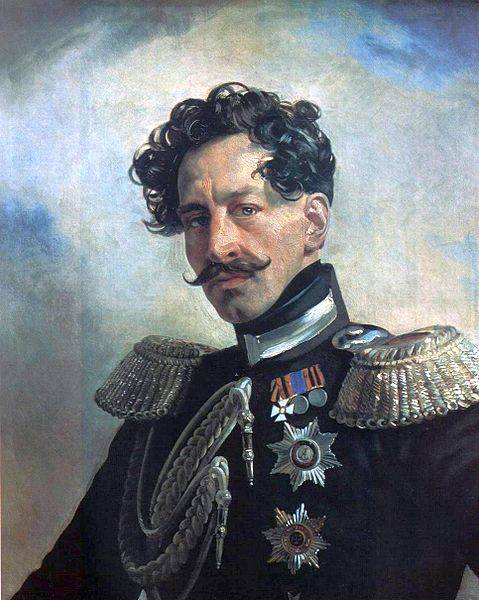 The second half of the XNUMXth and the beginning of the XNUMXth centuries were spent in the arrangement of the new Russian region, which already included the clans and tribes of the Younger and Middle Zhuz. They came under the protection of the Russians under Anna Ioannovna.

It is worth noting that at that time in Russia all Kazakhs and Kyrgyz were collectively called “Kyrgyz” (“Kyrgyz-Kaisaks”).

Under Paul I, the possibility of a rapid advance to the south arose when the sovereign quarreled with the British and ordered the Don and Ural Cossack troops to go to conquer India.

It was far from India, but the Cossacks could well advance in Central Asia, especially with the support of regular troops.

However, Paul was killed by Anglophile conspirators (The murder of a Russian knight on the throne), and the new Tsar Alexander canceled the campaign.

There was a pause in the advance to the south.

It was associated with the active participation of Russia in European affairs, wars with Turkey and Persia, and a stubborn war in the Caucasus. Therefore, Petersburg could not pursue an active policy towards the Central Asian khanates.

Also, part of the Russian elite (especially dignitaries in the Ministry of Finance and the Foreign Ministry) did not want to be bound by new expenses and worries. Why Petersburg continued to put up with raids, robberies and robbery of merchant caravans.

In the 1820s–1830s, Russian posts gradually advanced 600–700 versts from the Siberian line and reached the Hungry Steppe. So they called the vast waterless spaces, only in places suitable for the life of nomads. It is located on the left bank of the Syr Darya (Uzbekistan, South Kazakhstan).

Local steppes began to pass into Russian citizenship. In the Siberian direction, the process as a whole proceeded peacefully. But on the Orenburg line in the "Small Horde" (Junior Zhuz), an uprising began under the leadership of Isatai Taimanov (1836–1838). The uprisings of the Kazakhs were supported by Khiva. In 1838, the rebels were defeated, Taimanov died.

In order to reason with the hostile nest, Emperor Nikolai Pavlovich ordered the Orenburg governor and commander of the Separate Orenburg Corps, General Vasily Perovsky, to undertake a campaign against Khiva.

In December 1839, Perovsky went on a campaign with a 6-strong detachment. The detachment reached the Aral Sea, the attacks of the Khivans were repelled, but severe frosts, snowstorms, scurvy and typhus stopped the Russians. Perovsky returned back, having lost almost half of his people, mainly due to cold and disease.

So the second significant campaign in Central Asia ended in failure.

The forward movement to the south continued.

In 1845, the Orenburg line was moved forward to the Irgiz and Turgai rivers. The small zhuz was pacified. In 1847 we reached the Aral Sea. A steamship service was established on it and the Aral Sea flotilla.

The flotilla was created in order to protect against Khiva raids, to stop their crossings through the Syr Darya and robberies, as well as to assist our troops. In addition, ships were used to develop trade. The Siberian line began to put forward Cossack villages in Semirechye.

In 1850 clashes with the Kokand people began.

The newly appointed governor-general of the Orenburg region, Count Perovsky, decided to take the Kokand fortress Ak-Mechet, which was of strategic importance - it blocked all routes to Central Asia near the Aral Sea. Also, the capture of this point made it possible to unite the Orenburg and Siberian lines.

In 1852, a small detachment of Blaramberg tried to take the fortress on the move, not unsuccessfully. We decided to repeat the trip. In May 1853, a 5 detachment (according to other sources, 2-3) of Generals Perovsky and Khrulev set out from Orenburg.

Cannon fire was ineffective. The shells could not penetrate adobe walls more than 8 meters wide. Our gunners were able to smash the eastern tower, but the defenders managed to close the gap before the assault. Then the sappers under the command of Captain Orlovsky, working day and night, were able to build a mine gallery and blow up part of the wall.

On July 28, after a stubborn battle, the fortress was taken.

The fortress was renamed Perovsky Fort, which became the basis for the Syrdarya line. This line became the vanguard of the Orenburg line.

Already in August, the garrison repulsed the raid from Tashkent. And in December 1853, the Perovsk garrison, led by Lieutenant Colonel Ogaryov (over 1 people), repelled an attack by a 13-strong Kokand army.

Ogaryov knew that the fortress was not ready for a siege, and decided on a sortie. The Kokandians, seeing the small number of Russians, attacked and began to bypass from the flanks and rear. At this time, the Russians defeated the enemy center, captured the guns and the camp. At the same time, small reinforcements arrived from the fortress and hit the rear of the enemy. The enemy was utterly defeated. The people of Kokand lost up to 2 killed and wounded, 000 banners, 7 guns.

Ogaryov was promoted from lieutenant colonel to colonel for success in cases against the Kokand people and immediately to major general, received the Order of St. George of the 4th degree.

The Eastern (Crimean) War somewhat slowed down the movement of Russia to the south. 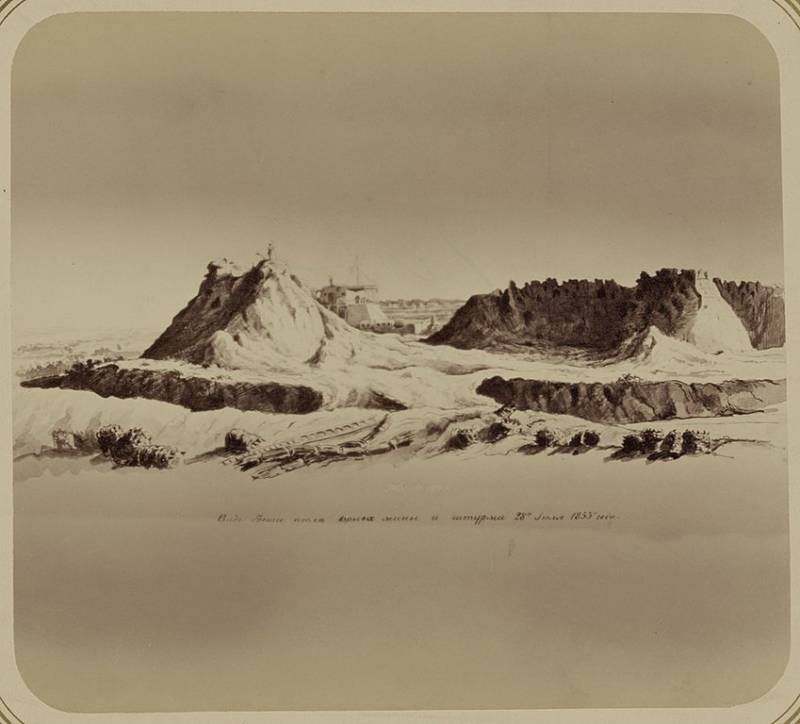