Groundhog Day for Dory the Fish

January 14 2022
111
Almost all the media have already paid attention to the talks held in Brussels. Someone issued (as usual) in the style of “Hurray, we are breaking!”, Someone was pessimistic, but to be honest, it was difficult for me to take any position at all. Mainly because it was very poorly understood what was happening in general, although I tried very hard.


In general, the impression was that the American (and European) delegation consisted entirely of Dory fish, whose memory does not work at all. And every round of negotiations began with the same thing. 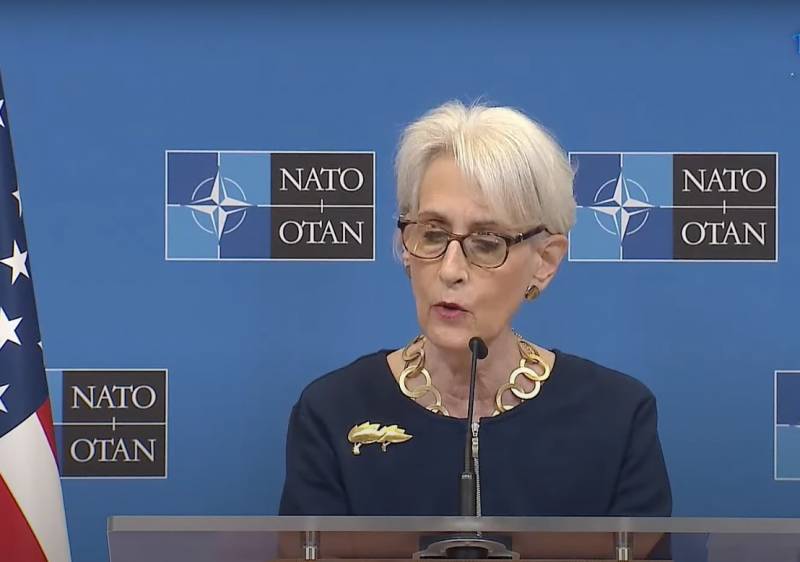 Dory fish simply will not let events develop in some other way. Not out of spite, no. It's just the way the program works. And the program, you understand, if it is laid down, it will work clearly and smoothly. American... Five seconds of RAM (in our case, a day) - and that's it. You can start over.

It is clear that the situation is uncomfortable to the point of disgrace. The peace initiatives with which Russia came out so inopportunely, they are so inconvenient for the West that I am sure that their jaws cramped during discussions.

But you can't lose face in the eyes of the whole world. The initiatives are peaceful... Moreover, these initiatives and the result, without hiding their interest, were looked at by those who seem to be on their own, but for whom it is very important how the whole thing ends. We will not point fingers at the Asia-Pacific region, but everything is monitored very carefully there.

And here the United States and its relatives had only one option left, which, I must say, they played just superbly. A variant of the Dory fish, whose memory is completely erased after a short period of time.

Therefore, it is impossible to say that the negotiations were full-fledged. But to say that they ended in complete failure - too. This is judging as a whole. The parties met, talked, fixed the existence of differences in approaches and agreed to talk later. When they think.

This applied to both negotiations, I am sure that in conversations with the OSCE everything will proceed according to the same scenario.

If you look at the particulars, then the United States is definitely in the black. They just really dragged out the time and reduced the whole essence of the negotiations to zero. For what is the point of starting negotiations at all, if their result is a foregone conclusion?

Many media outlets and individual experts happily speak in the style of what is good, since the negotiations took place at all and took place in an atmosphere of mutual attention.

Excuse me, but what were the participants supposed to do, throw shoes at each other?

Russia cannot regard these negotiations as positive in any way. No one really listened to our side, they were not even going to do it. Mrs. Sherman made no secret of the fact that she had a bunch of much more important things to do at home than listening to the opinion of the Russian delegation. Having rolled up a half-hour press conference, Sherman kept chasing two postulates: we (the United States and NATO allies) are ready to engage in dialogue with Russia and support peace initiatives, but if Russia attacks Ukraine and continues to foment conflict there, then we will continue to kill the Russian economy with sanctions and we will not talk to Russia at all.

The reset Stoltenberg looked more sane, but it did not bring any benefit at all. But his press conference was at least more informative. 40 minutes from Stoltenberg, unlike Sherman, brought some interesting moments. But it makes sense to decompose everything that the head of NATO issued. 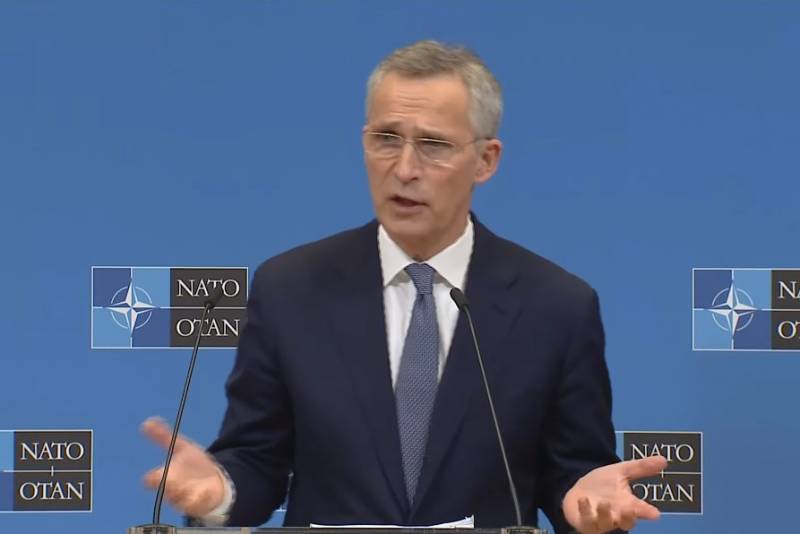 - Differences remain between NATO and Russia, negotiations and discussions are “an important positive signal”.

- Only Ukraine and 30 allies can decide when Ukraine will join NATO. Russia cannot have the right to "veto" the expansion of the alliance.
Nothing new, nothing surprised the head of NATO.

- NATO calls on Russia to withdraw troops from Georgia and Moldova.

- NATO “will always do what is necessary to protect and protect all allies, and constantly evaluates the need to adjust the presence in different parts of the alliance.

We've been hearing this for quite some time now. But in the light of the latest submissions from the Dory fish, I would like to ask: when did Ukraine, Georgia and now Moldova manage to join the ranks of NATO allies?

- Termination of the INF Treaty was caused by gross violations on the part of Russia, including its deployment of medium-range missiles. But the alliance is ready for new arms control talks.

The fact that before that the United States unilaterally withdrew from the ABM limitation treaty and began to actively talk about deploying ABM systems near Russian borders is behind the scenes. And the fish Dory clicked in the head. Zeroed out.

- If Russia uses military force against Ukraine, it will face serious consequences.

About this and Sherman hollowed. With the same admirable perseverance. In general, the issue of Russian aggression against Ukraine has become a lifesaver. All the dialogues boiled down to the fact that when discussing any issue, the Americans "dumped the program" and started talking about the immediate consequences for Russia.

The most difficult moment. Indeed, a kind of "Groundhog Day" for Russian diplomats and the military. Every question ended the same.

At the same time, the Americans have already arrived in Brussels with a set of threats "in case of aggression." Disconnection from the SWIFT system, personal sanctions against Putin, blocking Nord Stream, and so on. Moreover, when the negotiations were going on, unrestrained American newspapers were already voting about new sanctions. The Washington Post, The Wall Street Journal, The New York Times, The Chicago Tribune - all the leading American media have noted.

In general, it didn't work out very well. The parties simply voiced their desires to each other and that was it. Now, as they said in the American part, the time has come for coordination with the governments.

Both sides' initiatives failed. The United States was not very surprised that the Russian side did not immediately accept the American proposals, but they themselves did not really listen to what ours were offering.

Not for that, as they say, we went.

But a fair question arises: in general, why was the whole garden fenced? Solely then, just to show the whole world that the United States is capable of dialogue.

And no one says that the dialogue must be fruitful, right? No one takes into account the opinion of the Russian side that relations with NATO are now at a critically low level.

However, many in the world can see and draw conclusions that NATO does not plan to take into account the interests of countries that do not plan to join the alliance in its activities. And that the block will still expand its sphere to any direction of the world, if it deems it necessary.

Dead end? Perhaps yes. And the blame for this does not lie with Russia, since the blocks that blocked the path of the negotiation process were prepared by the American side in advance.

Russia's main demand for non-expansion of NATO on the territory of Georgia and Ukraine will never be fulfilled. Fundamentally. And the Americans stated this before the negotiations.

The second, no less (and perhaps more) important issue, about the non-deployment of strike weapons on the border with Russia, NATO also does not want to solve.

As a result, the situation with the easing of tension looks exactly at a dead end. It is obvious that if Russia received weighty confirmation that Ukraine and Georgia would not be NATO members, and Poland, Romania, Bulgaria and other countries of the bloc would not deploy "peaceful" cruise missiles and missile defense systems, then one could talk about everything else. After listening, of course, to the representatives of Moldova and Georgia, on whose territory the occupying Russian troops are stationed, and discussing the possibility of withdrawing these troops.

However, for the United States, the interests of what seems to be the NATO bloc are much more important, although in fact it is more significant to infringe on the interests of Russia. A good demonstration of their peace-loving intentions.

On the other hand, did any of the sober-minded people seriously expect that the Americans would rush to comply with Russia's proposals and demands? Of course not.

In fact, we are returning to the times of the Cold War, there is nothing to be done about it. For starters, the war is still only in the political arena. Further, it will become clear where peace-loving aspirations can go.

However, one should not so much rely on political methods to reduce tensions. It would be quite optimistic to think that it is possible to persuade the US to abandon its plans through negotiations.

Groundhog Day, performed by Dory the fish, will continue for a very long time.